Manayus chuckled as he brought the young girl into the boutique, helping her pick out an outfit that would make the young girl look absolutely adorable here at the fair. He felt absolutely terrible that he had bumped into her and ruined her clothes, and so he had to make it up to her.

As the girl changed, he refused to let her pay for the change in clothing, and so went to the cashier and gave her the money in advance, so that the girl didn't have time to argue with him. Whenever she came out though, his face turned into a beaming smile as he went over to her and couldn't help but hug her tightly.

"You look absolutely adorable! So cute! I can't beleive how well this suits you!"
He exclaimed in excitement, finally pulling away from the young girl and reaching up to her hair, fixing it for her by dropping her beautiful long bangs down to the side of her face. 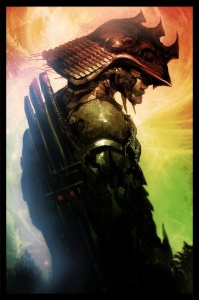 Brushogun strolled around the  fair grounds with a large ball of sugar... I mean cotton candy in his hands. He wondered about the Sugar Make mage that that man possessed, and why his ball of sugar tasted so good. "Interesting..." the samurai thought, "It gives me a sensation and coats my teeth. Perhaps I should see that tooth cleaner in Dragon Fang later today." He wondered bout the other cooked foods that he never tasted before...

... As for Ramen, we wondered the fair grounds in the child's section of the place. He toyed with kids yelling, "I'M A SPOOKY GHOST~!" at them, but no one seemed to care. He was after all transparent, and with the sunglight, no one really saw him. Not to mention his voice was drowned out by the laughter of the kids, as well as the screams of people on the rides.

Almyra wandered amongst the crowds in Crocus. This flower festival that was going on was wonderful. So many sights and smells between the food and flowers. So many people to observe interacting. She was hungry though, as she, unfortunately, didn't have enough money to pay for any food, and unless she asked someone, doubted she would get any. That didn't matter though, she could always find some later. Besides, she was too busy exploring this place and watching people to eat. Her eyes were currently glowing a soft green as magic flowed through them, allowing her to see the ebb and flow of the universe, the ripples and strings caused by each person's interaction.

"U..uhm... thank you Manayus... but... I came alone... see I've never been to a fair so... I wanted to see what it was... I I didn't think it would be so... big."
She stated with a bright blush popping up onto her cheeks, even as she attempted to regain her balance from Manayus nearly smothering her with how cute she looked.

Seeing as how she had come alone, the two had decided to venture out through the fair together instead of on their own. They stopped to replace Manayus' dropped ice cream, grabbing one of the treats for herself as well before continuing on their sight seeing journey. This chocolate ice cream had been the best thing Aayla had eaten in a very long time! It was almost as good as apple pie! She savored every bit of the desert until there was absolutely nothing left in her hands for her to eat. She couldn't help the pout that crossed her lips when it was done.

As they made their way into one of the rides, Aayla caught sight of what looked to be something like a Samurai... he had similar armor, or at least she thought so with her limited knowledge... maybe he was an actor here at the park? Or a guild mage that used that magic that let you change your armor... She couldn't take her eyes off of him for the longest time, even as they got in line for the roller coaster. Something about him seemed almost sad to her...

Spoiler:
You guys can go ahead and skip MAnayus... I just needed someone to interact wth at the time XD

Brushogun stood there, with a wad of sugar smoke... i mean cotton candy, sticking out of his mouth. He had stopped to think about technology for a moment. And in that, the candy grew hard and into a wad of... well, sugar. He stared at the rollercoaster as kids walked by and pointed fingers at him. Everyone seemed to belong, besides him. "I'm the one that doesn't belong." he thought to himself, watching the cart of the rollercoaster being shot down the hill. And he didn't mean just the park.

Ramen was near to ghost phantasm tears as he failed every attempt to frighten a kid. If he wasn't fearsome, then there would be no point than entering the physical world again. He let out a ghostly sigh as he felt an odd sensation in his body. He released an incredible laughter as he turned to face a girl. He stopped to admire her beauty for a moment. Then he introduced himself, "H-Hi...I'm Um... I'm Ramen Fighter... I-i... Hi. I uh... Like your face."

As they moved further ahead in line, Aaylas eyes never left the Samurai's form. Something about him didn't sit right with her, nothing bad or evil just... something. She looked over to Manayus and quickly apologized, asking him to hold their place in line before she took off towards the Samurai man. What exactly was she doing? She wasn't sure but her feet sure where telling her just where to go before her brain decided to tell her it was time to speak.

She found herself walking right up to him, her face growing more and more red as she approached the armored stranger. She was putting herself in a dangerous place and she knew it...

Brushogun opened his mouth, dropping the wad of sugar from his mouth. He turned to face a girl. She had vibrant blue hair and stood no more than 4 and half feet tall. He could see an odd aura. She seemed to control the power of the dark mage he met once before, Kaseki. Could it be? That she had powers of the sea as well? But no, this was stronger... Who was this girl?

Brushogun smiled from under his helm. His mouth was the only thing visible. "Roller Coster?" he thought. "Is that this machine?" He extended his arm to the small girl. He wanted her to lead him to the place of this metal monster. This dragon of a ride would be stain... Or whatever people did for fun...

And on the other side...