The stormbringers trident was a treasure that Aayla had found at the very depths of the Ocean during her search for Hydrianna. She had come across what seemed to be a ship graveyard, sunken ships for as far as the eye could see, and amongst those sunken ships, stood the Storm bringers Trident.

The shaft is seemingly made of a solid gold with blue gems embedded into it's triple blades. Though at first it doesn't seem like a very formidable weapon, a large magic energy can be sensed radiating from it once Aayla has it in hand.

It is said that the stormbringers trident was once owned by one of the Sea Kings 10 generals. General Stormbringer was charged with the manipulation of the weather, said to be able to create tidal waves 50km's high or to keep the sea so calm, that ripples didn't dare tread by, simply by channelling his own magic through the weapon. This enhanced the Generals strength 10 fold, allowing him to protect his army with great defence and strike his enemies with even greater force.

Strengths:
- Can resist up to A rank Spells without breaking.
- 5% mana Increase and 5% HP Regen when holding the trident.
- While holding The Stormbringer, physical strength is boosted by 2% per rank.

Weaknesses:
- Simply having the storm bringer on her back will not grant the user any kinds of buffs or abilities.
- Even though the weapon is golden, it is not made of solid gold. the trident itself isn't very strong, and therefore 2 hits of rank damage will break it
- The user must be using two hands to fight with the stormbringer in melee combat or else the user will lose their 2%/rank boost.
- Has a weakness against fire magic. Cannot absorb it, cannot be used in combination with it.

Spells:
Name: Line of defence
Type: Support
Description: The blue gems at the base of the trident glow brightly as a storm seems to be brewing from inside the beautiful blue of the crystal. From this crystal, a wall of blue energy rises to cover a 5x5m area after swiping the trident in a line in front of the user. While allies are located behind the wall, they gain a 2% HP regeneration per turn the stormbringers line of defence is activated.
Duration: 2 posts
Cooldown 5 posts
Strengths:
- The shield can take up to 2 rank damage in a row before shattering.
- Grants a 2% HP regeneration/post The Stormbringers line of defence is active.
- Prevents both physical and magical damage from passing the wall.
Weaknesses:
- Cannot be cast unless the trident is physically in the users hands. (i.e if she is carrying it on her back, she cannot use the spells)
- While it prevents any attacks from hitting the user and their allies, attacks from those same allies cannot pass the shield. Meaning neither side can strike at each other while the shield is active and between both parties
- Enemies could easily run around the shield or fly above it once they realize they cannot  break it down easily.
- Can only use one hand to attack while maintaining the barrier, meaning her spells are limited to what she can do with one hand, and what she can get over her own shield.
~~~~~~~~~~~~~~~~~~~~~~~~
Name: Storm Catcher
Type: Counter-Strike, Offensive
Description: The stormbringer is brought forward, tri peaks first to intercept an opponents attacks. The main peak of the trident is used to absorb lightning, the left peak is used to absorb wind and the right peak is used to absorb sound. When struck by an attack of either of those elements (pure or combined) the stormbringer absorbs the spell and returns it back onto it's caster.
Duration: 1 post
Cooldown: 5 posts
Strengths:
- Can absorb lightning, wind, sound and storm magic up to the users rank and redirect it back at the caster.
- When the spell is thrown back at an opponent, it increases in power to the stormbringers rank. (i.e if attacked with a B rank spell, it will be redirected as an A ranked spell)
- When used in conjunction with Aayla's water magic, the redirected spell can create a large aoe thunderstorm above the enemy. Each lightning strike from this storm will deal .5 rank of damage to a maximum of four lightning strikes (2 rank of damage)
Weaknesses:
- If the jewels in the tri peaks of the trident are broken, then this spell will not work.
- Each peak of the trident has a jewel encrusted into it. Depending on which jewel is broken, depends on which type of magic it will no longer be able to absorb until repaired.
- Cannot be cast unless the trident is physically in the users hands, meaning she will not be able to absorb or redirect any spells if she is simply carrying it on her back.
- This spell is completely useless against earth magic of any sort. It cannot absorb earth and it cannot harm earth with any redirected attacks. 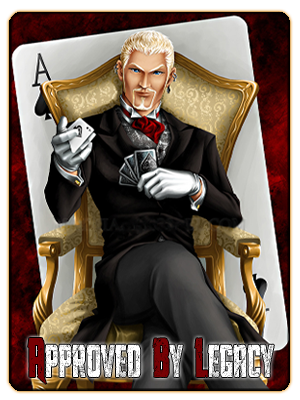