Manayus is a very flamboyant, fun loving, and adventurous teenager. His sole aim is to make all of those around him, by doing almost anything necessary to achieve this. If anyone he is near is at all sad, or feeling anything less than happiness, he will find a way to the route of the problem, and try to make it better, whether it’s by offering someone a simple shoulder to cry on, a rose, or to slay a mighty dragon for them, he will try.

Even though he wishes for everyone to be happy, he also realizes that there are those in the world who are out to make others miserable, and that’s not just dark guilds or evil wizards… he will step into a bullying situation to protect the under dog just as much as he will step up to a dark guild and attempt to stop their evil happenings.

He loves making friends with everyone around him, not afraid to extend the hand of friendship to anyone who asks, or looks like they might need it.

Manayus is a very good leader, knowing the risks with taking on such a role (even though he may be oblivious to some of their consequences), but he is also good at being a follower. If someone else is in charge of a job, he will put in his input where necessary but will sit back and follow orders.

He loved to think of himself as the center of attention however, always thinking that things people are talking about or doing, are in some way related to him, whether they are bad or good.

As a child, Manayus was raised by his mother in another land. His father was from a noble house within Fiore, and his mother of a noble house outside the country. While His father had come to visit his mothers family, he had been conceived, and left behind with her as he legally wasn’t a citizen of Fiore.

As time went on, his mother eventually got very very ill and ended up passing away when he was 8 years old. He was left alone in his great big mansion until he was 9, in which time, he was sent to live with his father in Fiore, earning his citizenship that way. Ever since his mother passed away and he was left with no one, he has been afraid of being left alone, and being unable to help the people that needed him, like his mother needed him.

That’s when he decided to learn magic, learning anything he could that would benefit others, more than it would benefit himself. He never wants to watch anyone else suffer from sickness or disease; he doesn’t want to see any more broken hearts or anyone being left behind.

He currently still lives under his father’s rule, as he is the air to the Valotaire name, however, with what freedom he has, he ventures forth to continue to learn magic, and continue to make friends within every legal guild.


Likes:
- Adores making women happy, and no not in THAT sense. he will flirt and go the extra distance to make sure the girls are happy.
- Books of any kind! He loves reading and expanding his knowledge base.
- to be surrounded by people he knows, to have a sense of friendship and community.
Dislikes:
- Tacky clothing!
- Anyone who would hurt women or children
- He strongly dislikes the dark guilds and their izards, believing that hey are an insult to those who truly desire to dedicate their lives to magic.
Motivations:
- Are women considered a motivation? Because, if there's women, he's pretty motivated.
- He enjoys learning new things, really, learning about anything at all will keep him going,
- Wants to learn as much magic as he can to support his friends and family.
Fears:
- Any and all kinds of bugs,
- Fears being left alone, therefore he always surrounds himself with people, friends or otherwise,
- He fears death amongst everything else.


Height: 5"9
Weight: 150
Hair: short, whispy golden blond hair
Eyes: bright Lavender Eyes
Skin Tone: Very fair skin tone, with just a light hint of a golden tan.
Appearance: Please see avatar. Face Character is Tamaki Suoh from Ouran High School Host Club.
Manayus is usually found wearing black dress pants with a buttoned up white shirt that's only half tucked into his pants.  Two leather brown belts loop around his wait, hanging lowly at his hips. Two medium length leather bags are hooked onto his belts at all times. Around his wrist he has a golden chain bracelet, and a thin golden chain around his neck. 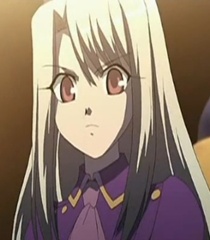 Current missions(4/6):  get the squid A, King of Fighters(S), Village Protection(A), Repair the House(D)
« View previous topic · View next topic »