Weapon:
Name: Ramei Okami(Thunder Wolf)
Type: Sword(katana)
Rank: Artifact
Description: A typical long katana, blade length: 70.6cm. The hilt is a rectangle shape with a X in the center, branching to the corners. The wrapping around the hilt is black while having a average hilt color. When this blade is in the possession of a lightning user it's blade becomes coated in blue electricity, if anyone else uses the blade it will just be a normal katana.  The wielder is immune to all of the attacks and sparks from the sword. Sword is usually stored in cursed seal.
Abilities:
Strengths-Shock/slashing damage
-Abilities can only be used be lightning users
-Possibly stun enemy momentarily,
-Can launch from the sword the certain spells.(range is still applied to the spells but can be used when sword is swung)
Spell List- D-Rank:Lightning Bolt, Discharge, Lightning Spear
C-Rank:White Lightning, Boa Zekaruga
B-rank: Electric Downpour, Livewire Field, Thunder Snap
Weaknesses -Water can make sparks fly in every direction
-Max of B-Rank spells being able to be cast from it
-Close range combat
-Sparks can hit allies

Technique:
Name: Lightning Slash
Type: Lightning
Rank: S
Description: The wielder can send a lightning shock wave forward when he swings the sword. The shock wave stops after hitting something. The wielder can send out two A rank slashes, four B rank slashes, or one S rank slash and it has the same stun rate based on the number of shock-waves so long as there is room to swing the sword..The blast is the same size of the blade. Can be used in combination with Lightning Buster to break through S and lower defenses. Each shock-wave does B-rank damage. If one or two shock-waves hit they stun for one post, if three or four shock-waves hit they stun for two posts.
Strengths: -Heavy shock damage
-Stuns enemy if hit
-Fast
Weaknesses:-Goes in a straight line
-While stunned they drop anything in their hands and suffer muscle spasms and their coordination is shot while stunned
-Can hit allies if they get in the way
-Can only break through S-rank defenses when mixed with Lightning Buster
Cooldown: 4 posts
Duration: Instant
Stun duration: 1 or 2 posts
Range: 20 meters

Technique:
Name: Lightning Buster
Type: Lightning
Rank: S
Description: The wielder places the back of the sword on his shoulder as the blade grows to fifteen feet in length being made of pure lightning. This blade causes severe shock damage to anything hit, after the attack regardless if successful or not the sword returns to normal length. When the opponent is hit the are pushed back ten feet. Breaks through A-Rank and lower defenses, but it almost breaks through S-Rank. Each attack does A-rank damage
Strengths: -Extreme shock damage
-Large reach
-Knock back of 10 feet
Weaknesses:-Good for only a max of two attacks
-Can be dodged rather easily
-Can't break S-rank defenses
-Can hit allies if they get in the way
Cooldown: 10 posts
Duration: 2 attacks

Absorbing blast makes no sense for your weapon to hold as unleash or ability, remove it. I am only going to let you have 2 because of your rank, when really you should only have 1. Not many people actually attempt to do this sort of thing and I want to enforce it.

Howl of Thunder is too over powered, try a more simpler type of ability (D rank, remember you cannot be over powered.)

you need EVERY STRENGTH AND WEAKNESS labeled in both the ability, and the weapon. You have so much more involved with the two that you need to find them.

Well you still need to add that the technique is D Rank, since your weapon is a Strong Weapon.

"When the opponent is hit the are pushed back fifteen feet" Take that out, it really depends on the power of your opponent who is opposing your attack whether he is knocked back that far or not.

A 3 post stun is too much for a D Rank spell. Make it 1 post, and if grazed it can be a quick stun that does not immobilize the opponent but just slows them down a bit because of the shock.

What Rank is your weapon now? Still Strong or Artifact or anything else?
Are you sure you've read the rules on weapons and techniques?

Okay, change the rank of your weapon to Artifact instead of D-Rank and then this should be okay.

Current missions(4/6):  get the squid A, King of Fighters(S), Village Protection(A), Repair the House(D)
Grizzly 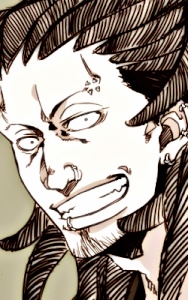