Re: Catch and Release

Most likely it was Beira's relatively naive, almost polarized outlook on the world that made her assume that Vandrad did not belong to a light guild. Those who strove to make the world see that they were of better moral composition than the average human, as well as the truly good, in Beira's opinion, were those who made up the populations of light guilds. Okay, and government lap dogs. The rest of humanity would conveniently squeeze into the neutrals and darkies. Else they probably would not belong in the sanctimonious atmosphere of the light guilds. That was Beira's outlook on the dynamics of guild memberships. Someone like Vandrad, in Beira's opinion, was too gritty and dark to fit in with the light guild stereotype in her head. Okay, Beira was sure that there were a number of dark gritty people in light guilds, but Vandrad was too straightforward to be one of them. So Beira thought.

That was why she was surprised at Vandrad's response, because even though he hadn't denied that she was right, he had insinuated the possibility that she was wrong. Of course, neither of the mages had disclosed their allegiances, and that had made Beira, who was ever creating opinions about people and things in her restless mind, fit Vandrad into the category she thought he best identified with. Well, that was a not so costly reminder that she was not to just assume things about people recklessly, and in the event that she did, it would be best to keep her assumptions to herself. So she said nothing in response to Vandrad's snort, simply shrugging as though it was of no import to her. "Eh well, whatever," she responded nonchalantly, letting the matter drop.

The statement about herself giving Vandrad a better run for his money as far as combat was concerned caused Beira to turn to look at her treasure hunting partner with a slightly surprised expression. Fortunately though, the look on his face made her realize that he was probably fooling around. Well, there was always still time to rib him once more before the close of the day, the God Slayer surmised, her mind actively seeking ways to get another joke on him. Such a time and moment would eventually show up.

Fast forward to present. This was the second time Vandrad was preventing Beira from falling, though she could easily escape from such a sticky situation herself. Still the effort to keep her safe was acknowledged, and she nodded gratefully at him. At Vandrad's comment that he would deal with the flying ghost, Beira nodded, but made no immediate move, instead choosing to act winded when Vandrad went to battle the ghost, so that if the ghost realized what she was doing, it would be too preoccupied with Vandrad fighting it to be able to do anything to stop her from achieving her goal. Hopefully, one attack would be enough. Rising to her feet as Vandrad flew off fighting the ghost, Beira took aim, and punched downwards, landing the base of her open palm on the sarcophagus with as much strength as she could muster. There was aloud splitting sound like thunder, and green light began escaping from the fissure that had cracked the box all the way from top to bottom.

The specter shrieked, and attempted to dash at Beira, totally ignoring Vandrad and leaving itself open for whatever he was going to do to it. Seeing that the ghost was rushing towards her, Beira lifted her right foot and kicked the sarcophagus viciously, smashing the stone to bits and sending large chunks of the sarcophagus into the abyss below, just about the time the ghost was nearly within striking range. Whether it was this, or something Vandrad did to the wraith, it suddenly burst into an ethereal green flame, moaning as it did so. Its ashes fell into the abyss, and Beira had to shoot out her hand and catch the bracelet, which she waved joyfully at Vandrad. Mission accomplished. And of course, that brought the two mages to another important part of the mission: who would take the relic and leave.

Vandrad wasn't too close, so the God Slayer decided to play one more trick on him. Her teleport ability had sufficient range to take her out of the subterranean vault, so she would use it to prank him. But in any case, Beira could never leave Vandrad here and just escape with the bracelet. It would be very wrong, seeing as he had twice taken the care to save her from falling, and had allowed her to use his bedroll at the expense of his own convenience. Still, pranking him would be fun. The Utgardian puckered her lips at Vandrad and said, "byeeeee!" With that, she just winked out of existence, relic and all. The teleprt didn't take her too far; having appeared above ground, she found a chunk of marble, dusted it, and seated herself on the slab of rock, as she examined the artifact. It wasn't Utgardian, but it looked like a replica of something Utgardian. It also seemed to have some magic in it, although she didn't know what it was at the moment.

As she examined the item, she waited for Vandrad to come out of the hole in the ground. When he did, she would toss the bracelet at him and say, "you've earned this, hero. But don't worry if I decide to tag along with you for the rest of your journey home. I'm just, ah, curious to know your client. Oh, and if you do hear that the relic vanished at any point in time," her tone became conspiratory, "let that be our little secret."

Re: Catch and Release 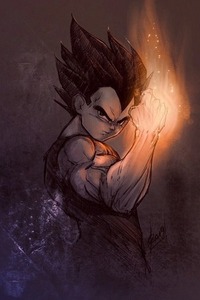 Vandrad fought the skeleton creature for only a short time, enough so that its attention was fully on him. But the minute that Beira moved over to the sarcophagus and slammed it hard enough to cause even further damage, the creature wanted nothing to do with him. It screeched with an unearthly pitch and raced towards the God Slayer, bony fingers scratching at the air in an attempt to paddle itself closer to the woman. Vandrad brought his hand up, ready to silence the monstrosity’s cries with another magical blast but then it burst into flame, the core of its magical existence rendered useless from the Winter Goddess’ attack. The broken pieces and the fragmented skeleton fell down into the dark abyss, disappearing into the void.

Beira had managed to snatch the relic out of air before the bony limb had bounced away. Just as the Prince’s gaze was shifting to her, she gave him an impish look, apparently blew him some sort of kiss and then disappeared, with the treasure in hand. It all happened so quick that he barely had time to comprehend it. But she was gone it seemed, having taken the prize and made off with it. "Of course,” he grumbled as his transformation slipped from him, dissipating out like a flame squelched by dirt. He probably should have expected it -- she had dropped plenty of hints that she was far more wily than she let on.

Well, it couldn’t be helped. As much as it should have made him angry or insulted him, he only seemed to be mildly amused. He had been looking forward to challenging her and seeing how strong she truly was but… perhaps that was best saved for another day. He floated over to the stone platform and made his way back towards the surface, now preparing to head back to Magnolia.

Yet imagine his surprise when he emerged from the hole and barely had a second’s notice for a bracelet coming his way. He caught it easily, glancing down at it and then at Beira, happily sitting on a rock slab, having prepared herself for his exit. Another prank of hers, it seemed. She told him he had earned it but warned him that she planned on tagging along with him on the journey home. She also advised that if he heard about the relic disappearing after he had handed it over to the client to simply let the information slip from his mind. He snorted, a barely suppressed smirk on his face as he tossed the bracelet once in his hand before throwing it back over to her, even as he approached. "You killed the being guarding it, you get the reward for doing so. Besides, the challenge of this job was payment enough for me. That and getting a glimpse of your abilities; now I have an idea of what to expect should we ever come to blows.”

He gave her his own version of an impish look as he headed back the way they had come. "But if you still feel inclined to come along for the journey home, I hope you know I expect you to be entertaining, at the very least.”