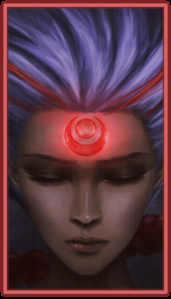 Job Details:
Job Name:
Assassination Contract: Ms. Cooper
Job Rank:
D
Job Requirements:
1 mage, dark mages only, 6 posts, 200 words per post
Type of job:
Multi-time job
Job Location:
Oak Town
Job Description:
Misses Andrea Cooper, a sweet middle aged wife. A pillar of the community and loved by all. And most recently the winner of Oak Towns renowned garden competition. Which off course didn't go well with the current second place, Miss Coldflower. Who up till now always won. And unfortunately for Misses Cooper, the lady Coldflower is a petty loser. So much even that she requested the dark guilds to get rid of her. How? She doesn't care, you can make it look like an accident or just kill her. Either way works.

Enemies:
Weak:
Miss Andrea Cooper
No notable skills whatsoever except being a master in gardening.

The silent knocks of a door in Oak Town, no one even seemed have taken notice of someone even being in town. The woman held a roughed up piece of paper which also had hints of blood on it. Before this contract had fallen into her possession Nemesis had encountered a group of dark mages from a rather unnotable worthless guild, they were going on about an assassination yet were extremely ill equipped for the occasion. Disgusted she had attacked them with the full intention of killing them and taking their contract, however they were much more slippery than they had appeared, and though wounded made their escape. On the other hand she had acquired the assassination contract and was beginning to make her first move on the surface.

The door was opened by the client who was suddenly cut off by the messy piece of parchment being shoved in her face. "Where is the victim?" Was all that was asked by Nemesis as the old lady stood their with her eyes wide open, something about Nemesis was quite terrifying as the lady quaked in her shoes. "I uh, ehhem I didn't expect someone so soon uh." Nemesis looked deep into the woman's eyes unleashing a glare full of intimidation. "Several doors down, the one with the garden." She piped up soon to be followed by the door shutting. Nemesis could hear the lady's back slide down the door on the other side. She could have handled the client in a more civilized manner but she was not one to accept idle chit chat about something she could have done by the time the chit chat had ended.

Nemesis stalked the streets around the target house, she should have known Cooper would have a big sign on her front gate stating her name. The garden was well kept and pretty, it disgusted Nemesis. She decided that she was going to do more than just kill Ms. Cooper, but she was also going to ruin her garden. She walked up to the gate and held her hand out, black energy amassed itself in her palm and then she dropped it. In place of where she dropped the energy a disgusting critter had formed, the thing was made from a previous victim of the Abyss and it was probably not going to last very long, but it would work perfectly for destroying the garden. "Go, turn it into nothing more than mulch." She commanded as the critter crawled over to the flowers, the garden on the other side of the yard was safe until the abomination throw a black goo at it which formed into a clone of itself. The two of them began to churn and stomp and even eat the garden.

Nemesis wasn't going to be caught watching her handy work, she wasn't going to risk the home owner noticing her presence as she walked away while the crawlers did their work. She continued to obverse the place from a distance masking her own presence by means of the Abyss. The crawlers had left nothing but mulched up flowers and plants in the garden and as their time expired they burst leaving behind disgusting black goo in their place devaluing the dirt itself. She watched on as Ms. Cooper presumably arrived at her home with grocery bags in hand, the bags dropped like bricks as she screamed in horror as to what had happened to her garden. The screaming of course brought attention of the neighborhood as people began to gather around. "MY GARDEN MY BEAUTIFUL GARDEN!" Was repeated by the distraught woman as the neighborhood comforted her. "Curse you whoever did this, curse you." She growled in anger, this caused Nemesis to smirk, she was already cursed beyond belief one more wouldn't mean anything to her.