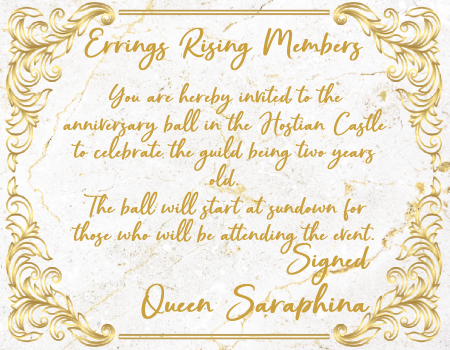 Invitation Text:
Errings Rising Members
You are hereby invited to the anniversary ball in the Hostian Castle to celebrate the guild being two years old.
The ball will start at sundown for those who will be attending the event.
Signed
Queen Saraphina 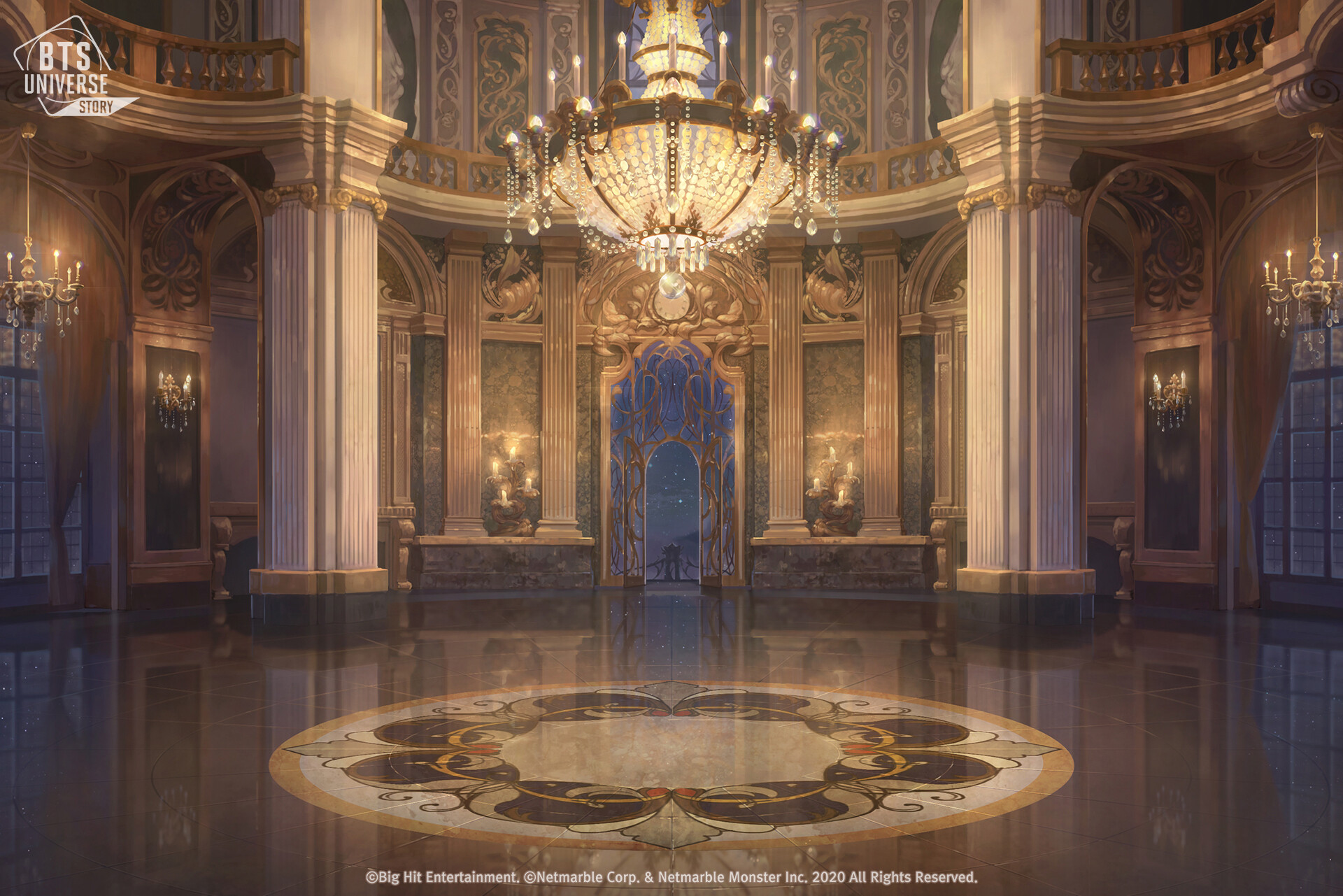 OOC NOTES
This social event is for Errings Rising Members to enjoy themselves and celebrate the guild turning two years old. There is no dress code, but the music mostly will be ballroom at the very least. Members can request songs and have them occasionally be played though. There will be a small event happening during the social, but we will be keeping that a secret for the time being. Part of this social is being winged.

If one is wanting to bring a plus one from outside of the guild, please contact Saraphina on discord or pm on site to make sure it's okay before they join.

If the members within the thread wish to, they can keep track of their own word count to be able to turn it in solo, or with groups. Same goes for using this thread for exams, but others word counts will not count outside of posts for exams.

Other than that, Have fun~

The White Queen
What a lovely day for a party?! The servants she had brought from Mount Hakobe were bustling about and finishing setting up the decorations in accordance to her plans. It had been a couple years since the white haired queens sweet guild had been created. She was even wearing the same dress as she did that fateful day. It was a long, flowing, off the shoulder, long sleeve, white goddess dress that exposed her chest to show off her purple guild mark on her sternum above her breasts. Just remembering the day she had placed her guild mark upon her chest made the purplish pink eyed woman sway happily. Part of her thought she should have had her little party at the guild hall… but only a few people would have enjoyed that she felt. Most of those who had come to her guild when she opened the doors to the world, are now long gone. Only a handful of those people remained, herself included.

In the two years the queen had ruled over her guild, she has yet to throw a party for them. A proper party. It had been set up within just a few days. Invitations sent first to every member of the guild, then theme of the ball, and then the rest. The invitations told the members exactly when the party would be in the Hostian Castle. Though, she wished she had also included what to wear as well, but she figured the people would dress as they liked, or hopefully appropriately for a ball.

She began slightly reminiscing about her guild. There have been many new members come and go since the beginning of it. But her guild has yet to be tiny. It was a healthy bunch of people who wanted something similar to her without getting in her way. It had only been two years since she had established this guild with her trusted advisor, Jester. The man who encouraged her to go farther and reach for her stars better than before. And it all started with murdering a group of political people on live air in front of a camera.

A giggle escaped her lips as she looked out the window and saw the sun just on the horizon. She quickly turned around, flinging her hand out towards the door, sleeves whipping around her as she did so. She was feeling confident in herself as she was excited for this.

“Open the doors!” She declared and some servants moved to open the door. If any of her lovely little members were outside the door, they’d see the queen with her hair down with her crown on her head standing smack dab in the middle of the circular ballroom. The curtains around were all red and framed all the windows elegantly as some red drapes were hanging up to the chandelier in the center of the room. Lacrima lights were lighting the chandelier and reflecting off of the jewels on it to illuminate the room. Off to the sides, behind some pillars, would be tables with food and drinks on them near the door with all of the guild members' palates in mind. Empty tables with chairs were set up for others to sit at the farther one went in the ballroom. The left side of the ballroom had a little stage for the musicians to play on, setting the mood already and playing ballroom music for others to start dancing to as soon as they walked through the door.