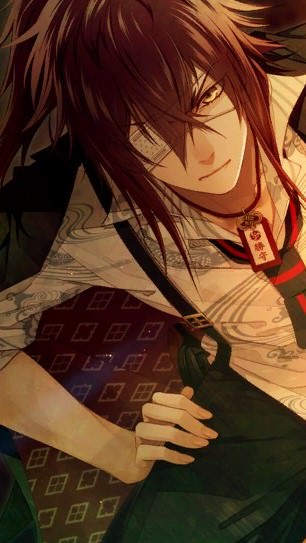 With a deep-seated sigh and a heavy breath, the chaos mage waited, watching the sleeping form. It was strange, to be sure, for the man to be in such a position. Recently, the jobs he had found himself on had involved monsters, beasts, and other words. This time however, he found himself in Era, looking on the bound form of a middle-aged man now in front of him. Markus could see the blood dripping from the man’s head, and watched apathetically as it glided down his face.

The man had fallen all too easily, as most humans seemed to now a days, yet he was feared, and revered in certain circles for his absolute power, and destructive attitude. In truth, Markus had met the man once before, years upon years ago, when he had visited the chaos mages father, a ‘business trip’ for the two powerful men. Markus smiled slightly as he saw the man stir, and knew he would be awaking soon.

As the mans eyes opened, they would fall upon a dark hood, and even darker eyes. He would see a smiling face, but not a smile of merriment. No, more like the smile one might see from a cat, or a demon, as they played with their food. For only a brief moment the man struggled against the bindings before his eyes fell from Markus’ face, suddenly seeing the room around him, and the remains of his forces.

The man’s eyes would open wide as his gaze fell upon the carnage, in truth they had put up more of a fight than the chaos mage had expected, and in his haste to end the struggles before anyone was alerted, Markus might have used too much power. The Miasma he created had done its job all too wonderfully, soaking into the bodies of those effected, corrupting their forms with void energies, and suffocating the life out of them. Those that had survived the initial miasma soon feel to Markus’ magic, a quick bolt of chaotic darkness which would pierce some vital organ. Only two of the dozen denizens of the room remained alive.

Markus remained silent as the man processed his position, and the chaos mage watched in apathetic interest as the man’s expression slowly changed as he saw more and more, first from the confusion of waking in such a state, then to the fear of an unknown man, the horror at the death, and the terror for his own life. Suddenly though, the mans face grew lax, as if in acceptance, moot acceptance knowing that his own life had somehow led to him making an unknown enemy, one who was very likely to take his life.

Markus only then spoke, his voice was blank, empty, void. No emotion could be derived, and no meaning could be found. In truth, he spoke as if he could care less of the outcome of the conversation, yet, his voice held a darkness and venom above that of any intimidation Markus could muster on his own. The voice was laced, as if two people were speaking at once, the second voice was that of a female, the tone almost sweat in nature, pleading. A silent poison.

“If you do not mind, I would like to not waste any time. I have a birthday to get to soon, and I would hate to disappoint the birthday girl by being late.”