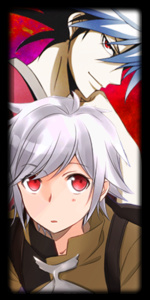 A knock came from the door. A man rushed to the door, opening it to see a white-haired male standing in front of the door, holding up a job poster. He would recognize it as the one he put up last evening. Replies sure came fast, thought the man in his busy head. It seemed like he was preparing himself for an outing.

“Er.. Adams residence?” Garahad politely asked, to which the man nodded. “Mike, Mike Adams.” Garahad took the handshake offer from Mike, giving off a nice gesture of modesty. Mike would then invite Garahad in, giving the exposure of a so-so house, with pictures of grandparents, uncles, aunties and almost everyone in the family tree hanging on the green striped walls. There were ornaments on the table, and noticeably a huge cabinet where they probably keep the medals, jewelleries and whatnot, seeing from the big lock the cabinet door had. A family guy, Garahad thought.

He had until noon.

“Okay, look, you need to walk. Or at least show to your parents you can.” Garahad put the baby on his little feet. Suddenly, the baby pulled out his pacifier, and threw it right to the unsuspecting mage’s face. “Gah!” Garahad rubbed his face, picking up the pacifier, clenched on it to the point of almost breaking it.

He almost threw it back to the baby when suddenly Nakadori slipped on his feet. “Uh oi!” Just as the baby was about to fall flat on his head, Garahad formed a simple, guillotine-like barrier behind the baby. It caught the fall as if the baby was falling onto a pillow. “Geez, you alright?” Garahad picked the baby up, looking over is there were any injuries. But the change of face the baby had caught his attention. “Oh no…” The baby smirked, mischievous mood on. Purposely, the baby slip himself away from Garahad’s grasp, falling towards the floor only to get his fall caught again by the guillotine-kind barrier. The baby liked the game he invented himself, which involved him falling and Garahad catching.

They played all morning long, Garahad joining inadvertently since he had to make sure the baby stays safe. Both of them almost forgot that Nakadori had to show that he ‘learnt’ how to walk from Garahad, or that was it for the mage.

As he left, Mike’s wife shouted for him, the parents surprised at the sight of Nakadori on his feet, chuckling. Mike took his money, ran to the front door and shouted for Garahad.

Only to find him gone from view. Now the family owed him one. Surely, the next time they meet, Garahad will be receiving what he deserved. The parents smiled to each other, nodding as the doors closed. 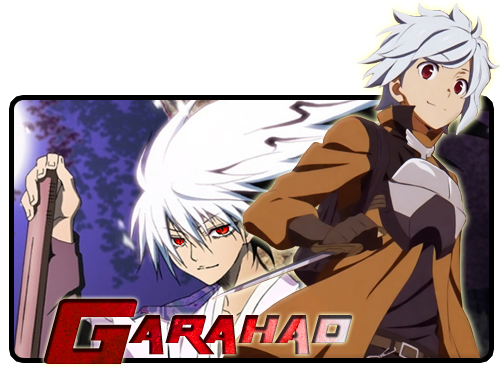