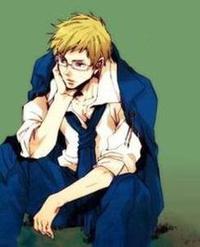 The crack of dawn would be where Uriel would begin working on teaching this baby how to walk. He would start off simply by holding its hands to try and get it to move one step at a time. It just seemed that it preferred not to really walk in the first place, and instead just roll around the room as if it were some kind of log of some sort. It looked like this would be a much tough job for the mage than he expected. Maybe it would require a little bit more magic than he expected.

Uriel would try this for about an hour or so, before trying to see if the baby had learned how to walk upright yet. And even though it had been a painstaking number of hours of just holding the baby and trying to get it to learn how to walk… It seemed like that the baby had made very little progress with its walkng.

It seemed like there wasn’t going to be any kind of progress with this baby. And why were the parents trying to get this baby to learn so young? They needed to wait a few more months unless they wanted to use a walker or something… Maybe a stupid treadmill so that the baby could walk on it… but it would require a dumb harness too so that it… could…

And then it finally hit him! To use a harness on a treadmill and get the baby to slow learn to crawl and walk on the treadmill in the day until it finally got to the point where it would be able to walk.

Uriel would lay out the treadmill, and put the baby in a walker harness, and then turn it on. He would just watch the baby begin to start crawling along the treadmill, working hard as he shouted at the baby to work harder, faster, stronger.

It would take hours of constant work, and constant authority would get the baby to finally learn how to walk. Though the side effect that the treadmill had was that it gave the baby some slight muscles. This would only be a minor side effect for the fact this baby was ripped for its age, and would be able to walk like a pro on and not on a treadmill. The parents of the baby would be very proud that their baby would soon be able to go to the gym and lift weights and everything. All thanks to hard working Uriel.