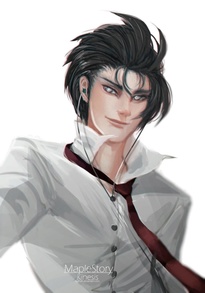 
Job: Bully the bully
Rank: D
Player Requirements: D-rank and above.
Job Requirements: Minimum of 5 posts of 150 words per character. Must ensure that the bully is dealt with one way or another.
Job Location: Magnolia
Job Description:  A kid is having problems dealing with bullies at school and has been collecting as much pocket change to pay fr a job. While it is chump change, the job is to scare the bully away so that the kid can have a decent life. He wants the bully to be scared and will get in trouble if the aggressor is found beaten or dead. Although Dark guilds could by all means choose to forgo the monetary reward and go straight to the extreme.
Reward: 100 Jewels or none if the bully gets hurt.

Bellaria was sitting on a park bench, watching the bully pick on other kids. She knew how tough it could be, considering she used to be a schoolgirl. Ending bullying sounded so simple, but to do the right thing, you'd have to know why the person is doing the bullying. It could range from an abusive family to self esteem issues, although Bell learned her lesson about judging people too quickly, like on the mission where she had to help a poor man who was deathly afraid of trains.

The big kid was picking on the smaller one, and her job was to stop it. She wasn't going to be violent, but try explaining to the kid that what he was doing was wrong, or just show him how much he could hurt people. That sounded like a good idea, seeing as situations involving bullying usually always ended in a Tranzbose infestation.

"Whadda'want?" His voice was high pitched, but he was trying to mask the tone with a forte that made his voice quite strange. Maybe he was bullying to prove his manliness, voiding his high pitched voice. Considering bullying was usually because of insecurities, this was most likely the case.

"I need to show you something so you stop harassing these kids."

Bell held out her hand, although she never expected him to take it, so when a greasy hand was placed in hers she flinched a bit. This felt wrong, but she'd do anything to make this world great, but why was this boy so trusting? Hadn't his parents told him better than to run off with strangers?

The boy around her age smiled while getting a good look at her, she couldn't help but get a shiver down her spine. She wouldn't show it though, adding to his insecurities would do no good, besides, she was a hero, she could deal with a pervy teen.

Bellaria lead the boy the area where she felt a tranzbose was forming, and there it was, an iron manhole in the hidden part of under a bridge. She had seen the bullied kid hanging around nearby so she assumed this was the right place, besides, she could feel the maleficient energy radiating out of the manhole as the barrier and tranzbose were forming.

"Come on dear, hold my hand tight to see what you have caused."

Lady luck must have been on her side, as the Transcendent Barrier was quite frightening. They were in a long hallway with bars on both sides, from which large menacing white limbs were reaching and grabbing onto anything they could get. Although, she knew if she never dealt with this eventually, the emotional power was enough to a create a powerful Tranzbose she was doubtful could be defeated by herself.

Bell held the boy in front of the thrashing hand so he could get a good look at the creepy thing. The boy was shaking and sweating considerably, so he was probably quite frithened. He tried backing up, but Bellaria held him there, too get a good look at the thing. Now the tranzbose wasn't formed yet so it wasn't that dangerous, but Bell was cautious either way, just in case it suddenly extended or something. For all she knew, there could be minions sneaking up on her right now.

"Do you see that? This is what bullying causes, and it would've came out of the sewer and went to look for you if I hadn't intervened. Get a good look, this is what you're making. These things will go after everything you love, because they don't know better. They try to stir up as many negative emotions as possible, and they'll do that however they want. Feel this? This is what that boy was feeling, so you better wisen up or I'll throw you in here with the thing and leave you to the Tranzbose, am I clear?" She tried making her voice as strict sounding as possible, just for added effect.