A new mission, a new town. It was a nice thing to finally be traveling more, and now that he had more friends to travel with, as well as an actually party. The group members he was with he enjoyed being with, and since they were all new, he felt a stronger connection with them. However, Axos did understand one thing- that one day, having allies like these would be more beneficial then just being friends and guildmates. Especially if he ever got in trouble.

Axos hates having physical reactions to the goddess being irritating, but he can't help it. She always had something to say, whether it was nice or not was always subjective. She never truly helped Axos (except, of course, in battles, where she seems to shut up and just let the magic flow through Axos). This mission was a bit more battle-like. The last mission he went on was purely investigation (and of course, getting swarmed so hardcore like they did). This time, though, they added another member to their 2 man team, he and Ana. This man was Dante, someone who also joined around the same time.

Axos once again was very far ahead. The body of his granted him extra speed and strength, as well as a lot of durability. He was always just so much faster then everyone else, even if he isn't meaning so. It doesn't help he had longer legs.

Axos was ready, though. This mission would provide a bit more fun. Axos looked behind him, hoping the other 2 were almost here. 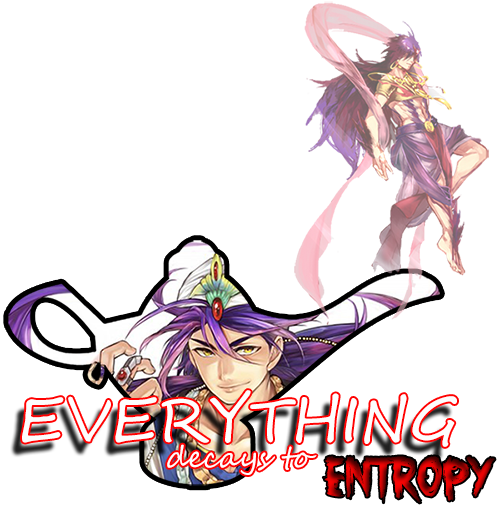 His first job since he became a member of Blue pegasus and it happened to be with the two people he met at the guild hall main patheaon. He didnt know exact what he was doing there but hell he didnt care he had came to trust theses two almost to the point where he is willing to let them know that he has one of the golden keys....... Yea right not yet..... Axos seemed so determined to do this job that he was actually waiting on Dante and Anastasia to catch up. once he had gotten to them he was panting about as hard as anastasia was but refused to let that beat him. " Really now Huuusband and i thought i was not going to have to fight for him" he said with a little laugh.  He was anything but looking to be with anyone since his spirits really needed him to be focused. " Axos how in the hell do you move so fast? i move alright but your speed just walking is impressive" he had taken a breath halfway through that statement.


" Anastasia.... your songs are support magic huh....... I would love to see that in a fight combined with our own magic." His trump card every time was Scorpio his strongest spirit.Dante had to take care and always knew where his keys where at all times since he had no plans in making bahamut or any of them angry at him. The thing with spirits is though they can not kill there contracted summoner they can scare the hell out of them to make sure they keep there keys where they belong.

Axos smiled as the two finally came there. He chuckled heartily at Dante's comment. He knew that Dante knew he couldn't help his rather gifted abilities. He used to be a much slower human being, but after all that has occurred, he became... much more efficient. As his two guildmates and friends came up to him, he knew he was ready to go.

"So, lets just find the source of this issue, and destroy it."

This mission was much like the other one, much harder then the average mission. However, there were more people on this mission, so it could be easier. After the impressive display of magic that Axos saw from Dante, he knew that he was in good hands. He was the massive tank, while the two behind him would boost his strength to unimaginable levels. He was very excited, to say the least. This battle would hopefully be a bit more fruitful then the one before it. That was a lot of haggling. At least this time, the perpetrators were out in the open, waiting to fight. And apparently they were demons, making this battle that much more fun. Axos was excited, and honestly, even his god spirit within him was excited as well.

Axos started walking, at a much slower pace of course, to the town before him. He wanted to see which enemy he will fight today. He was hoping he wouldn't run into anybody that would cause them some issues, but there was hope, of course. He was a BP mage, and he wanted to prove that BP was the best guild. Axos also wanted to prove to others that he was a competent leader, in case one day he would be guildmaster.

Spoiler:
HP:
CP:
Status:
WC: 289
OOC comments: Since the mission does not explicitly mention anything, I assume we roll whether or not we get the fire mage or the mind mage. So if I roll boss, we get Mind mage. If i roll anything else, we will have to fight the fire mage.

A laugh a chuckle and some interesing stories that was just from Anastasia and Axos last job before he joined them. " Imagine if he had the strength of my spirits with him as well." he would add when he heard the story from Anastasia. He knew that his spirits would be the easy one but he could only use one at a time since his magic was definitely one that put a massive strain on his body. Dante had to know what was going on when he heard the remark from Axos ending the fun and games. " Ok Axos thanks for killing the buzz man hehe. Anastasia that sounds amazing though b......" There in the distance that was not much further then where they are he heard it. Screams explosions. Dante knew exactly what that ment and it was not what he wanted to do.


" Those people..." he was afraid but he was a member of Blue Pegasus and had to protect these people that seemed to be running towards them. Dante looked over at anastasia only to see her shaking and terrified. [color=gold]" Anastasia i'm afraid as well but we have to protect them. With Axos strength and my spirits we can do this." his voice sounded with fear but his composer was calm and collected. he did not want to admit that he was starting to regret taking this job with them but he did and he was determined to come out victorious. " We will protect you while you sing your songs. But trust in us to have your back like we trust you to have ours." He really did trust theses two and looked at them like family.


" Axos you ready for this?" he would ask as he reached down and grabbed one of his black keys. Dante was ready for a battle and didn't want to wait for axos a second before he took off heading down the street towards where the explosion was. " Burn them all 500 jewels if you kill a mage" well with those words he knew it had to be the psycho fire make wizard that was part of the job description. Dante would wait till his team came up next to him before he decided to do anything The key in which he was holding was the key of Leviathan the water serpent that he knew would be a great help in this battle even that of the fire was no match to Leviathan. " Open, Gate of the Water Serpent, Leviathan" with that he made the motion of the key where it needed to be as he summoned the water serpent. Leviathan was not the friendliest but she was definitely ready. Dante did not have her switch forms just yet but did have it in his back pocket. once the light vanished in when everyone else was able to see the water serpent. she would look at Dante and nod knowing that she was not to transform just yet into human form.

OOC: SOOOO sorry. I had to pull extra shifts at work lately, combined with the fact that ive just been busy with RL in general made me a bit more inactive. I'll be on more often i promise :D