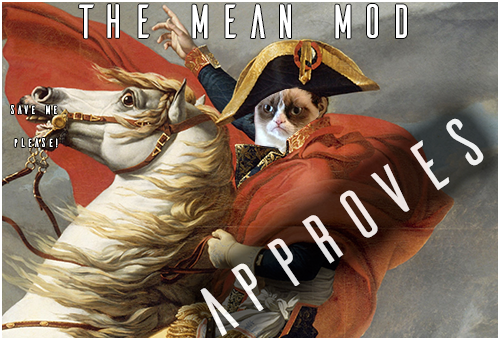 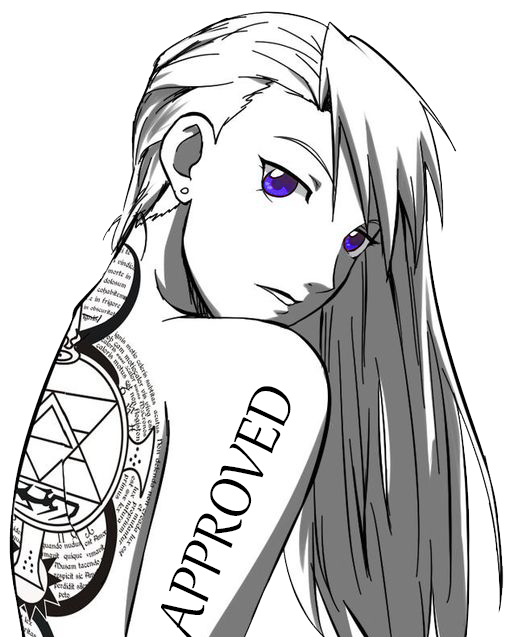 The Falling Star
This event will have 3 phases and each phase will have multiple parts.
Phase 1:  The Second Sun
Phase 2:  The Fallen Star
Phase 3:  The Extermination

Part 1:  The Summoning
-- Active Part --  [An RP will be made in Phoenix Mountains setting up the event]
Alexander will be on the Phoenix Mountains, screaming about the injustices of the world; lamenting his lot in life.  After a brief monologue, Alexander will raise his hands to call forth a creature from another realm.  As soon as he finished the spell, the sky grows red and a second sun could be seen in the sky.

Part 2:  Perpetual Sunlight
-- Passive Part --
[Once Part 1 has been completed, players may choose to take part of this the following setting]
The Second Sun's effects:
- Perpetual Daylight, removing the night cycle as there is always a bright ball of light lighting up the planet.
- All animals begin to go crazy due to difficulties sleeping at night and difficulties of hunting during the night (for nocturnal creatures).
- Plant-life begins to die off due to the strange radiation coming from the Second Sun.

Part 3:  Making Demands
-- Active Part --
[Players may take part in the RP between Alexander and the Royalty, but this would be a strictly observational based RP on the player's part]
Upon seeing the havoc created with the second sun, Alexander used a communications lacrima to speak to the King and Queen of Fiore.  He intentionally broadcasts this to the entire country.  Alexander places a ransom on the entire world with the summoning of the second sun.  He then explains to the royalty of the injustices of the world and how the royalty just sits back and lets it happen.  He then makes his demands for things to change and if the changes are made, then he will call back the Second Sun from impacting the planet.
Unfortunately, the royalty cannot abide by these demands as they are far too unreasonable and the royalty cannot do that.
Not liking the answer, Alexander wishes them the best of luck and cuts off the communications link.

Part 4:  Panic Sets In
-- Passive Part --
[On top of the Part 2's Passive part, the people, upon hearing the communication between Alexander and the Royalty began to go into a panic.  The panic is due to fear of extermination when the Second Sun falls to the planet]
- People begin to riot, causing needless death and destruction of public property.
- People begin to blame the Royalty for this calamity

Part 1:  Touch Down
-- Active Part -- [Solo RP]
Alexander stands on top of the Sky Tower and confirms his pact with the Second Sun, telling it that it was time for it to make landfall.  With a quick spell, the Second Sun finally falls onto Fiore in the Phoenix Mountains, creating a massive explosion (of atomic levels) which pushed up debris and pulverized stone from the Phoenix Mountain (creating a crater within the mountain range).  Pleased at what he saw, Alexander vanished for the time being.

Part 2:  Cosmic Winter / Invading Swarm
-- Passive Part ---
As of this moment, the Passive with the second sun is now resolved.  Now, the remaining sun has been blotted out by dust, debris, and pulverized stone from the Phoenix Mountain.  The large cloud was dark enough to envelope the sky around the world and swiftly cause the temperatures globally to drop.
- Temperature quickly begins to drop
- The world is in perpetual darkness now
- Flora and Fauna continue to die off.

While that occurs, the creature known only as the Fallen Star is seen, radiating with the heat from atmospheric entry.  From within the creature, smaller creatures, which the Magic Council know only as "Cosmic Spawns" began to fan out throughout Fiore, causing problems and taking people's lives.  Players may RP fighting off these Cosmic Spawns if they desired.

Part 3:  Cosmic Spawn Invasion
This part results in a larger version of Cosmic Spawns to appear as random enemies within jobs.  These creatures have the same percentage chance to being rolled as Boss Rolls and can appear during anyone's jobs during the duration of this event.

This is where the battling begins.  This Phase will be split up into multiple parts by Rank.

Part 1:  Protect the Crown
D - C Rank Objective
Location:  Royal Castle
Due to a raiding party being developed to take down both The Fallen Star and Alexander Hasegawa, only lower ranking mages are left behind to protect the King and Queen.  There is an invading force of the Cosmic Spawn and it will be up to the D-C Rank mages to protect the Royalty and escort them to the safe-haven within the castle.
[Will require a mod to control the King/Queen/Cosmic Spawns]

Part 2:  Taking Down the Shadow of Eclipse Soul
B - A Rank Objective  (Previous Guildmasters of Eclipse Soul may join)
Location:  Serene Cliff
The Rune Knight intelligence has tracked Alexander Hasegawa to the Serene Cliff.  He awaits the group sent towards him.  As soon as the group arrives, Alexander has a quick monologue about the bad things in the world and the injustices that plague it.  He also explains that if the world couldn't rid itself of the poisons brought forth by man, that the only alternative was to wipe the slate clean, clearing all lifeforms from this planet with the help of the Fallen Star.  After the monologue, he will initiate a fight against all of the B-A Ranks.
If a previous Guildmaster of Eclipse Soul is in the group, he will address them as a means to thank them for all they have done for him and that he apologizes for the evils he had committed.  However, he remains firmly resolved in his actions.


Part 3:  Destroying the Fallen Star
S - H Rank Objective
Location:  The Phoenix Mountains
The location of the Fallen Star was well known since it landed on the planet.  Within the crater in the Phoenix Mountains poked out a terrifying creature whose roar shakes and echoes throughout the world.  The monstrosity stands at 700 feet tall/213.36m tall (from the bottom to the top of it's spikes) with a single 'face' upon it.  A group of high ranking mages are dispatched here to take down this celestial monstrosity.  Unlike Alexander, this creature is mindless and was only summoned to cause pure destruction.  There is no reasoning with The Fallen Star; the only option is to fight.


Upon completing the following objectives:
1)  Escorting the Royalty of Fiore to the safe-house and defending them
2)  Defeating (may choose to kill him or leave him alive) Alexander Hasegawa
3)  Defeating The Fallen Star, the event is completed.  The ending will proceed.

The Ending:
After The Fallen Star has been completed, a beam of light shoots upwards and clears the cloud that was causing the global cooling and the darkness.  The Fallen Star begins to slowly change colors as it dies off.

The mages that protected the Royalty will be given a medal to commemorate their bravery for protecting the royal family.  The mages can join to watch the medal pinning ceremony and the king gives a speech at the Royal Capital.

--
OOC:  Once this event has ended, the ability to summon Cosmic Spawns is now stopped and all of the passive events (environmental effects) return to normal.

Also, here is some information/backstory I would like the event team to put up for Alexander Hasegawa

Name:  Alexander Hasegawa
Age:  33
Sex:  Male
Guild Affiliation:  Currently Guildless/Prior member of Eclipse Soul
Background:
Alexander was born in Fiore.  Growing up, he was picked on by children who had the capacity to use magic while, at the time, Alexander hadn't unlocked his ability to use spells.  Day in and day out, he would get tormented by those who deemed themselves as superior to him.  As he got older, the same group of kids that tormented him took their bullying to another level.  These bullies ended up killing Alexander's dog and set fire to his home.  He witnessed his parent's death in this house fire, being unable to carry them out of the house, passed out from smoke inhalation.  His efforts left him extremely burnt, causing him to place bandages around his body.

Alexander grew angry, letting the feelings of hatred dominate him.  As a response, he set the bullies' houses on fire, only to bring the bullies outside and watched them see their family die in front of them.  Afterward, he would physically and mentally torture the bullies before eventually killing them.   The feeling of killing another person began to excite Alexander.  The price of a human life meant almost nothing to him as they bring pain to each other and nobody was willing to help.  This caused him to commit a slew of other heinous crimes.

That was until he met a woman named Alyia.  He had fought her in a battle only to be bested by her.  It was at this moment, she extended a hand to him to join the guild Eclipse Soul, a guild dedicated to redemption of lost souls.  Feeling Alyia's mercy, Alexander accepted her invitation to join Eclipse Soul.  It was here that he felt like he was part of a family.  Everyone acknowledged him and accepted him for who he was now and not what he did in the past.  This caused Alexander to break down and apologize for all of his sins he had committed, dedicating his life for now on, to performing good deeds as a form of penance.

However, Eclipse Soul's guild hall was destroyed and the guild eventually disbanded.  This left Alexander in absolute grief, causing him to go to the Royal Castle and ask the King and Queen for assistance.  As he went to the castle, he noticed people living in poverty and people stricken with sickness on the way there.  However, once he went to the castle, he saw people living luxuriously and rich.  They ate every day and they ate heartily.  Something wasn't right with this world when those in power do not help those that are lacking.

Instead of asking the King and Queen for help, he vanished towards the Neutral Grounds.  If he couldn't find his answers on the ground, he looked towards the stars.  With a simple telescope, he noticed a strange object flying around in space.  A terrifying creature zipping through space.  Using the knowledge he gained from the Astronomer, he discovered that this creature, to which he nicknamed "The Fallen Star" arrives in proximity to the planet once every 7 years.  This gave Alexander enough time to grow more powerful and to put a plan into action.