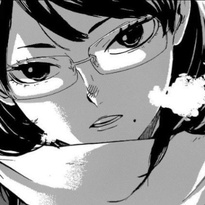 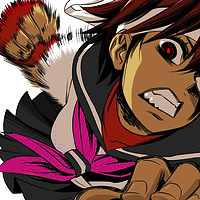 Kotomi
C-rank || Guildless || 1127 words || 1127 total
The truth was that although fighting had always been her dream, Kotomi's parents had urged her to study something in university in case she suffered a serious injury or needed a fall back career. While they encouraged her completely in her journey and attended her numerous tournaments when she was younger, they did want to ultimately make sure that their daughter was safe and secure, even through the potentiality of the unforeseen. Taking that into account, she had gone directly to university after graduation and gotten a degree in criminology followed by getting her masters in the same. So while she was, at the end of the day, completely trained to either enter the Rune Knights as a cadet or even go freelance and be a private detective, she simply hadn't gone forth with doing so. But although mainstream tournaments were her main source of income and training, she had been pulled more and more by mysterious cases recently, which had begun to pull at her attention. Then again, things rarely happen the way they're supposed to, and some would say they rarely work out at all. But every once in a while things just snap together in a way that resembles a working mechanism despite being cobbled together from incidental occasions and random whims of decisions. But they can have great and world-changing events, even turning the fate of lives.

She was, in her heart and soul, a fighter, and yet…

Such thoughts were filling her mind as she sat on the balcony of a small cafe in the same part of Hargeon town she had been when she ran into that little bullying problem that had caused her to step in. She wondered how that kid was doing right about now. A fleeting thought which wouldn't take her anywhere on its own, but which filled her chest with a strange clutching sensation anyway.

A memory floated to her from years before. She sat underneath a waterfall as resistance training, her mind focused entirely on the sound of the waterfall and the voice of her master impressing upon her the facts of the universe that she may open her form to the truth. Your spirit flows incredibly, Kadenkouji. It extends beyond what we know as a present. It knows more than you. When your thoughts stray, bring them to the present. When emotion brings you the future, however, you must learn to listen cautiously. Nothing is written in stone, but paths often tread create a clearer road to follow.

Kotomi shut her eyes and focused on the feeling. There was something wrong that was hitting her with foresight. She just needed to calibrate her senses, like a telescope focusing on a far away object. Like tracing a finger along a familiar map, looking for a place one hadn't been before, she reached along a her own chakra map for something that felt off. Her left eye snapped open and although the eye was now a ghastly white, she immediately saw glimpses of a potential future to come.

Like looking through the fisheye type lens of a peephole, she could see flashes of images that may be to pass. She saw herself, standing behind a desk with a corkboard to her right. The board was covered with images and strings connecting them. The desk held various knickknacks and stacks of paper, as well as a LacBook in the center. On the other side of the desk sat two people whose faces she could not make out. However, she knew that they were a man and a woman and something intuitive told her that they were married.

The fisheye lens flashed to another scene where she was walking along a darkened street, lit only by street lamps, following the trail of… something. It flashed again and she was in a room. Another type of office but this one was dingy, dirty and darkened as though it hadn't been used for a few months or even years. Cobwebs had been cleared out recently but otherwise it was mostly filled with dust. She wasn't alone.

The stony white of her iris cleared into the normal pupil that belonged to her and the visions faded away like smoke clearing a room. Still, like the scent of smoke lingering clinging to objects once the sight had faded, the faint memories of things that were potentially to come left her with some inkling of what to do now. It seemed that her skillset outside of combat would be needed just as much as her ability to battle. She reached for her iLac to make a phone call.

It should have taken days for the checks to clear and transfer of titles to go through, but with a few favors called by friends of her family, Kotomi had taken a huge risk and asked a massive favor of her parents in order to secure an office for herself on the outskirts of Hargeon Town, unfortunately on the second floor of a bookstore which had definitely seen better days. It sat on a hill which required a bit of an upward climb in order to access it, fairly limiting the daily number of foot traffic she would see. Yet when she looked at the place she saw something very similar to the building she had seen in her vision. With a little bit of cleaning up she had turned it into the office that she had foreseen.

And yet she couldn't shake the fact that this vision that she saw could have just as easily been a manifestation of an internal desire to do something more than merely fight. It was an exercise of her ability to use her mind and other skills rather than simply devote herself to fight and nothing else. She had one love in life and it was combat, yet what was this but an extension of that? Helping others through tournaments and one on one combat situations were few and far between and yet this could have easily been a road that she continued until its terminus.

Now she had an active fallback, and something to train up on for the future. As she sat in the old wooden chair that had come with the place, the desk behind her also a relic of a previous owner, she stared out the small window that would be facing her back on normal days. Feet perched up against the sill, she could see the open landscape of the city with an unhindered view. A small bonus of such an out of the way place. There was a small knock at the door. She turned her head as someone peeked in.

"Is this… the Bareknuckle Detective Agency?"