603/1500 words || @Endolf @Stelar @Luna Fennec || job info/job sign-up || outfit here
"Are you sure you should go? You haven't been looking so good recently. Even for you, that's strange." An onlooking Sylph commented as she had taken looks up and down the body of the bunny girl as she had stepped up off of her office couch and slipped a pair of white sock covered feet into a pair of sandals. With the seasons swaying, normally it wasn't so bad, but there was something with this change in season that begun to affect her in a very negative way. Though she tried to hide it, her normally peppy push on things was grinding down. Slacking off on her work wasn't something she ever thought would happen to her, however here she was seeming to struggle with balancing herself in place in some moments of the normal day, even those where she'd had nothing to do! "I'm fine... you don't need to act like my mother, Silvia. I-It's the sandals, but I'll get better wearing them!" Pouring out excuses was not her forte at all, however the wind spirit was not about to begin an argument. She never had a situation like this arise with her before, so she wasn't sure how she was when she got into this mood. This however... was the first time she'd ever felt sick. For someone that never felt anything physically, this was something she dreaded.

The earth elemental had strolled out of her office, attempting to hide her growing feeling of what others would just simply call "crap". Her determination was to give some of the other Knights a fun time relaxing in a carefree night with one another and enough to that bailing out wasn't something she would ever do. Their fun was more important to her than whatever safety concern she may impose. She was a big girl after all, being able to fix any need to stay within a wilderness area without a problem with the simplest of instincts. She had done so for most of her lifetime, so to do it now was a walk in a park... if the park was filled with only trees, bugs, fungi, and predatory animals. But they were all friends... except the fungi. The fungi were asses.

Regardless of it all, her intention was to be a bit of a "sponsor" of sorts as a symbol of responsible authority to a few newer members and help them have a fun, casual time together. What better way than to give them all a chance to have fun together at the fall Equinox. Once reached out, several had given replies of wanting to join, others wanting to go with others and no real thought of anything aside from them having been given a chaperone for a night off duty. No, this was meant to be a fun activity to do and that was all she was going to see it as. Grabbing the crew of Knights happily, she took them off to Crocus, doing her best (which wasn't much at all) to keep herself normal in terms of her walking about until they arrived in the town, closely to the section kept to the theme of the season and looking around in awe. She'd never seen this type of festivity around before, it was magical for sure. "Well everyone~ What would you like to do first? Games, contests? And no ma'am or other junk like that. We're all friends tonight, understood?~" She turned to give a big old smile, one to which Stelar would see once again. It was clear this was her first and only order.

Luna had been waiting for the events of the Equinox. She hadn't been very lucky in finding a date, but there was nothing wrong with hanging out with some of her co-workers. She was rather surprised when General Ceostra invited her to come along. The two hadn't had much interaction, so Luna was a mix of thrilled and intrigued. As she gave more thought to this, she decided it would be a good opportunity to get to know the general. Since it was an informal event, Luna had worn a costume that was rather fitting for the season, if not a little tight on her. It was a witch outfit, complete with a hat that had an overly wide brim.

"Well then, if we cannot call you ma'am, or General, what should we call you? I mean, I personally have not been around you long enough to learn the first part of your name."

There was an elegance in the way the buxom witch spoke. An eloquence that hinted at her former social status, and upbringing. Granted, it was no great secret that Luna had come from a well off family in a mountain village by the name of Elara, but how well off was something unknown. In any event, she didn't much enjoy dwelling on the past.

"Personally, I'd like to spend some time getting to know you better, miss Ceostra. I'm fine with any of the possible events and such for the evening."

She made a show of leaning forward towards the superior officer, and letting her get a good look if she so chose.

"After all, I've heard that it's good for people who work together to be 'close'~. In any case, I have to admit that I haven't really gotten out much, aside from the occasional job, so I can't say that I know what to do here. I actually had to be convinced to get this costume."

Luna had been truthful in her statements. She had gone on jobs with others, and by herself, but she had never gone out just to have fun. Most of her extra time had been spent in a lab, coming up with new law enforcement technology. It wasn't that she was against fun, or didn't know how. She simply hadn't had much opportunity to socialize outside of the lab. It was something of a foreign concept to the fox girl, who's ears were perked up through holes in her hat. She did have one issue with the costume, though. She couldn't wear pants with it. Luna had never been fond of dresses or skirts, and this outfit was a combination of the two, which irritated her a bit, causing her left ear to twitch every so often.

"The sooner I get out of this costume, the better."

She whispered under her breath as she looked around at all of the attractions. She noticed a flyer for a fireworks show later in the evening, and couldn't help but get a little excited.


"Well, I don't know about the rest of the evening, but I think I've found the perfect way to cap it off." 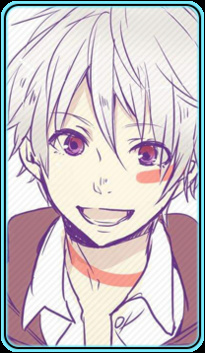 Like a hunter stumbling across her prey Veronica approached the designated meeting point her captain had decided on. The blonde had been running slightly late however and seemed to have been the last to arrive out of the small group. But for her it was perfect as she found one of the trio to be leaning forward towards the aformentioned Captain, fox like tails swaying behind her. The sight caused the pervert to break out in a wide smile as she began to stalk up behind her fellow knight, moving silently in her wooden sandals until the moment was perfect. She proceeded to pounce on her prey, arms going wide around her as her hands came round to take up the masses of soft flesh distancing the witch's costume at her chest.

"Helloooooo hot stuff!~" Veronica practically sang as she proceeded to grope her fellow knight, right in front of her own Captain at that. "And hellooo Captain Cinna-Bunny." She greeted Gisen. Several seconds of groping passed before Veronica finally let Luna go, taking a step back away from the Kitsune to give her some space. Like Gisen Veronica also sported a kimono of her own, a rich violet colored silk cloth decorated with intricate red designs along the edges. The entire garmet actually only extended down to her waist, despite the sleeves extending far beyond and coming to rest at her shins. Her upper legs and knees were covered by black cloth that twisted in similar designs as the red markings on her kimono while a red ribbon was tied around each of her ankles. The same black fabric on her legs seemed to make up what could only be described as a bikini of sorts covering the areas of her body that the short kimono didn't, bound in place by the black cloth collar around her neck.

"So what's the plans for tonight's festival?"