Star of the Morning
Isaak walked through the streets of Hargeon Town, marveling at the beauty of it. He always marveled at the beauty and simple elegance of port towns. They were his favorite places to visit, really. They were always a variable melting pot of people from all across Earthland, and some not from Earthland as well. It really displayed how large the world and beyond really was, how many different types of people lived full, animated lives just like him. Port towns were also sure to be full of seafaring merchants and all of their exotic wares, selling things the likes of which he had never even seen or heard of before. It was easy for him to get distracted in a place like this.

But he was on an errand today. Two, actually. And they were in separate parts of the country, so he needed to hurry up and get this one done so he could hop on the train to the Neutral Grounds in time. After his initiation into Dies Irae, Amalie had advised him to get a passport. He could go to more places and help more people if he had one. International jobs came up more often than he would have thought, apparently. Getting a passport was a good idea, Isaak thought, even outside of doing jobs. Even though vehicular travel wasn't his favorite thing as a Slayer, he did want to visit other places and see all the beauties the world had to offer.

So Isaak was looking for the Passport Authority Office, so that he could get himself registered for his own. He thought he was lost at first, but then he noticed the impossibly long line of individuals waiting in front of a building. He squinted, using his impressive sense of sight, and saw that the line lead right to where he wanted to be. He let out a quiet groan and scratched his neck, looking at the weaving line of impatient bodies "Just my luck I get here when there's a line from here to Midi..."

Isaak was not one for cutting lines, he really never saw the point. He usually had time to kill and could strike up a conversation with anyone he's standing next to in order to pass the time. But his train was coming in about an hour, and waiting in line would take a lot longer than that, and he wanted to get everything he needed to do done for the day.

Biting his lip softly, Isaak took a deep breath as he made his decision. Squaring his shoulders and puffing up his chest so that he looked important, Isaak marched towards the front of the line. The woman next to be seen for her passport was several inches taller than him and had more than a decade on him in years. He walked up to her and looked down on him with a murderous glare "Excuse me ma'am" He cleared his throat, and turned, lowering his shirt a bit to flash the guild mark on his back. He replaced the shirt and turned back to her "Official Guild Business, I'm going to need to cut in front of you."

She was silent for a moment, just glaring down at him. His resolve wavered the longer she pinned him with that steely eyed look, but after a moment she stepped aside and let him go ahead. Not too long after he was called forward. Not fifteen minutes later he left out, passport in hand with some time to kill before he needed to catch his train "I can do some sight seeing!"
HP:300
MP:300 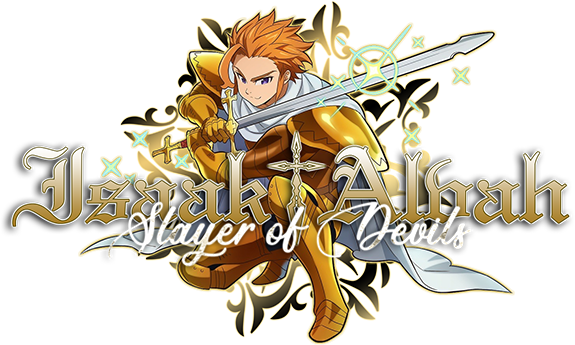