Job Description: One day you receive a random letter from a  stranger you do not know. This person seems to be a mage, but it isn’t quite clear. The letter is a challenge that demands you defeat a powerful monster in order to prove yourself.

“Hey there, Rookie. I see you have done some jobs that make you seem like you’re an awesome mage. Well you’re nothing compared to me! If you want to prove just how great you are then I dare you to take out this monster. Bring a friend if you’re too scared!”

A picture of a monster is on the back of the letter.

Roll a normal dice to see which monster you must face. The dice roll is optional and for those that like a bit of random flavor. You are free to choose the monster yourself.

If you chose to do a dice roll just match the listed number with the one you rolled. 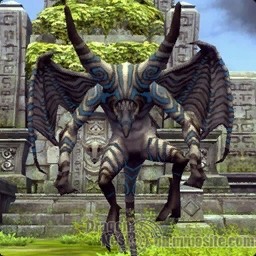 A very quick flying monster that can swipe its claws as it rushes forward in flight. At some point in battle the creature may land, turn to stone, and start to recover small amounts of hp. 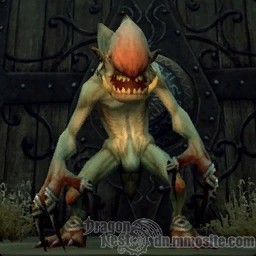 Not only will you have to watch out for its clawed and bite attacks, you will also have to be aware and move when it curls up and charges you with its rollout attack. 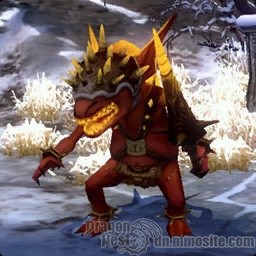 Small but can be deadly. If not attacking with the knife then the flame goblin can turn his body completely into flame and dish out fire powered attacks. 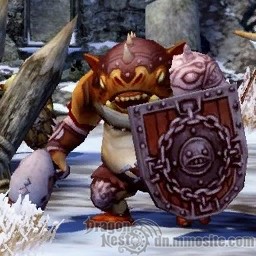 A capable orc warrior with a mace and shield. It may look foolish but orcs are experienced fighters and can block attacks quite well. 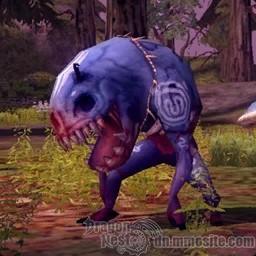 A rotting creature of the undead. It will attack viciously with it’s sharp teeth and limbs but it can also summon smaller extra ghoul sidekicks to aid it in battle. 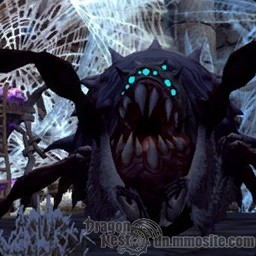 A massive spider standing eight feet tall that will attack with its long spikey legs and sharp teeth. You may even find yourself web wrapped. It was going to be a nice day off for Samira. What she planned to do, who knew? She just didn't plan to do any jobs of any kind. Just relax doing whatever was the plan. Yet some weird fate or destiny decided to intervene with her most awesome plans. A letter had been sent through the mail and reached her, the sender annonymous. That wasn't anything odd by itself, but the contents were...strange. It was written as if she were a newly appointed mage in a guild. A lot of time had passed since she was considered a "rookie" by others. Maybe she still was though. There was still a lot left to learn, and because of that the fire of determination lit up inside her. The summoner of supposedly experience stature gave a firm nod. "I will do as this letter says. I must prove myself and take on this challenge!"

The spirits in her mental state had various reactions. Mostly surprised wtf gasps, facepalms, and falling over onto the floor as an overly exaggerated reaction to what she just said. That letter was probably sent to every mage of every guild everywhere! Yet here Samira was, taking it seriously as if it were a personal challenge to better herself.

"I have not made that many mistakes..." Samira was disappointed that none of them were actually thrilled with the challenge. Maybe it was dumb now that she held it up and re-read it. The chances of it being sent to every mage ever, especially newer ones, was high. "I am doing this anyway. This could actually be something serious. Maybe the monster is very dangerous and needs to be eliminated." Samira smiled, happy from reassuring herself that it wasn't some joke. "Just wait and see. I am sure I am-" As she talked Samira flipped the letter page over to see what kind of monster was assigned for her to eliminate as a potential threat to the world. What she saw made her stop midsentence and her spirits roll in laughter. The image was that of a tiny red goblin creature. "Maybe... it is bigger than the image makes us think it is? Or very powerful? It is always best not to completely underestimate something based on appearances."

To the Forgotten Deserts the summoner and her spirits travelled! Apparently a tribe a monstrous and terrifying flame goblins could be found there. It wasn't much of a hassle to find them, and was just a matter of finding the rare rock formation among the sands that made up a cave. Samira did not approach the entire group though. That was not her mission. The mission was to deal with one, and so she would. The cave was avoided and she had her flying serpent land somewhere near it instead so one isolated goblin could be found. She found one that was flailing around on fire and running itself into a cactus. All right... now she just had to decide how to get its attention or if she even should. Did it matter if she just took it out without it noticing her first? The challenge wasn't really specific there.

Her taking her sweet time deciding made it possible for the flame goblin to notice her instead. He made some sort of growling roar that was more cute than intimidating and then proceeded to increase the intensity of the flames on his body before charging right at her, raising its roar into a silly battle cry. Samira did not move. She just watched as the goblin hit her barrier and bounced and tumbled backwards. His flames died, and the dagger he wielded went flying into the air until it descended and landed on the sand. "Umm..." Now she was confused. Was that it? She hadn't even done anything yet!

Deciding to check, Samira walked the few steps over to the what seemed to be unconscious goblin and knelt down and poked it. "Hello? Are you all right?"

'That... actually ended a lot quicker than I thought it would.'

The rest of the spirit collection that had witnessed it through Samira's mind agreed in unison. Except one. The silly scorpion-tailed spirit materialized on her own beside the goblin and also poked him. "Is he dead?" As she asked, the goblin twitched and made a pained growl. "OH!" An overly ecstatic expression appeared on Serqet's face, and she looked up at Samira. "Can I keep him?!" The answer was no, of course, but the spirit that was way too happy to be getting a new pet did not even wait for the official answer before picking the goblin up and hugging it. Too tightly by Samira's guess as she watched it flail around and cry. It began to flame up again, but the spirit didn't even notice or feel it. Just like Samira, she too had a protective barrier that was much too strong for that little goblin to get through. "I will call him Bernard!"

Samira raised a brow, as did many of the other spirits in their realm as they wondered what kind of stupid name that was."Bernard?"

"Yes. He will be a sophisticated goblin! I will even give him a suit and monocle to wear!"

'Oh, for Celestial's sake! Do we really need another one of her pets in here? .... Where is that monkey anyway?'

'I threw him into one of those mail portals before they backfired on that one job.'

Banana Joe the monkey may be missing for now, but Bernard the goblin was there to stay. Much to the dismay of all besides Serqet. Monster Challenge complete. Now how the hell were they supposed to let the person that issued it know that it was done? That part was stupidly left out of the letter.