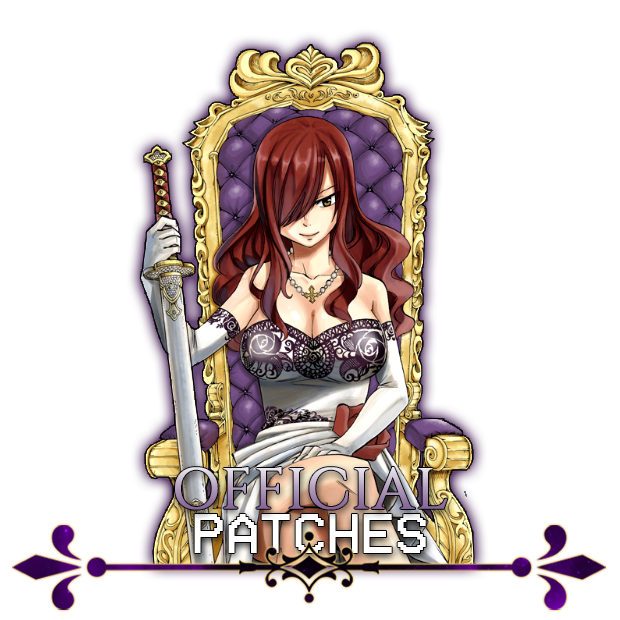 If there are any changes to the site or the rules, they will be posted here.

Guilds, Guild Masters, Guild Spells, Aces, and H-Ranked Wizards Rules/Information has been updated with the following.

• Guild Spells no longer require training. One spell per Ace.
• Guild Masters no longer are required to be H rank to choose an Ace to be trained up to H.
• Up to three Aces in a guild's lifetime may be chosen to receive H rank, provided they have the EXP required.
• The restriction regarding H rank member count within a guild has been removed.


Enjoy! (: Please PM me if there are any questions or concerns.

12/10/2017:
So soon after the postive site update we regret to inform our member's there now has to be a negative patch.

The site has encountered issues with toxic guilds before, the staff as a team has found that one of the guilds on site has been partaking in toxic behavior that has been slowly been growing worse. To assure the site remains peaceful and safe, we regret to inform you that Grim Hersey has been disbanded.

12/20/2017:
New achievements have been added to the achievement system. Go check them out here. (it also looks cleaner and more pretty~)

Also has of today Golden Phoenix is now closed. We are no longer accepting new members.

Rule changes:
Alright, I’ll be frank there are a lot of rule changes in this update, I removed quite a bit from the systems that no one seemed to use, but at the same time a lot got more defined or better, so lets start off this patch with the best news of them all.

EXP has been adjusted for jobs, both charts have been put under character rules:

Note: For all current jobs and events they will use the old EXP system, any jobs registered after this patch posting date will use the new system.

IF YOU HAVE THE EXP TO REACH A NEW RANK YOU NOW HIT THAT RANK, CONGRATULATIONS! This should only really occur with A-S rank as that was the only value lowered, but you never know.

This change means that it takes only this many jobs of the same rank (it will still be faster if you do ranks above you, which you still can):

IN ADDITION: We are getting rid of double EXP jobs, they aren’t needed with the new system as the cutback on the number of jobs to rank up should easily make up for it.

As for the rest of the rules changes, here are bullet points:

• If your job rewards equipment, spell slots, or anything besides Jewels, they may NOT be sold back to a shop for refund money. They are on your account to stay-- if your slots are maxed out, you may send them to a friend or alt. Only with Developer permission for smaller rewards, can they be exchanged for Jewels.

2/2/2018:
Golden Phoenix has been disbanded. But fear not! Two new guilds have risen in it's place.
Nightmare and Crystal Swan are now official and ready for members to join~

2/9/2018:
Infinity Hydra has been disbanded due to inactivity.

2/10/2018:
The Secondary Magic Information/Template thread has been updated. Training is now shorter than before and the rules have been simplified and clarified.

2/15/2018:
The Wizard Saint and Sinner positions have been updated. There are no longer any numbers, and dueling for the positions has been removed.

The Guild Info thread has been updated with Crystal Swan and Nightmare, and current aces. If you are a Guildmaster and see something that needs updating within your guild, please PM me.

2/16/2018:
Old custom lineages of members who have left or gone inactive for a very long period of time have been archived.

If yours has been archived by mistake or is in need of being archived, please inform us.
Administrators will be going through custom lineages slowly and reviewing them to ensure they are current with the rules (specifically in regards to immunities, counter chains, and autohits). If a lineage is not in alignment with the rules, admins will send a PM requesting an alteration of the ability to replace the one that is pulled.

2/18/2018:
You now only require the same amount of weaknesses as strengths in all applications on the forum. You can naturally add more weaknesses, but you can't have more strengths than weaknesses.

With the great influx of awesome newbies, it has been decided to do away with 'Invite Only' and 'Request Access' statuses for guilds. Instead, a guild may choose to be 'Open' or 'Closed'.

The following has been added to the Guild and Faction Rules:

"Guilds may have a status of being an open or closed guild. An open guild is accepting members at all times. A closed guild is no longer accepting any members, period. The guildmaster has free reign on opening and closing their guild. They may also ask for some simple requirements to be fully “in”, such as the new member must write an introduction to the guild, or have a history on how they received their guildmark."

3/24/2018:
The Development Team will now be doubling as the Advertisement Team. In a month from now, it will be time for ads to be reposted or bumped, and the Ad Team will be tasked with taking care of that.
The Ad Team is responsible for being meticulous with advertisements and keeping our ads current on other sites while also being aware of their rules.

If you are interested in helping out FTRP with future advertising, as well as helping us make NPCs, IoTMs, and system patches, please see the Staff List and send an administrator an application for Developer.

The Dungeon System is now complete! Follow the link to be able to see the new, complete system! (Store for it will be coming soon!)

4/22/2018:
The Development Team has been abolished altogether, and therefore is no longer open for joining. Apologies to all of those who had pending applications for it.
Starting from today all of its jobs will instead be fulfilled by Moderators and Admins, except for advertising, which is still open for anyone to do.

Also all limits on the number of H-ranks in guilds have been removed, and you do not need to be a guild master, ace, or VIP to gain it. As long as you have the exp required, you can automatically have it.

5/5/2018:
The Custom Lineage Guidelines have been created! If you have an Ancient Scroll on your hands, have a look at these before submitting them to an admin.

Along with this, Ancient Scrolls, Antique Scrolls, and Vintage Scrolls can now be purchased for Jewels in the General Store!


Additionally, the Code of Conduct has been patched. The following has been added under Rule 2-- Offsite Drama/Harassment.


3. Official Guild Chats count as official site chats. The CoC rules are to be upheld in guild chats. The guild may additionally have their own chat rules as long as they do not conflict with the site rules. The Guild Master is responsible for reporting rulebreaks to staff, handling rulebreaks within their own guild, and removing banned members or repeat rulebreakers from the guild chat.

All GMs should take note of this patch. If there are any questions regarding it, please contact me.