Runaway to the Sabers Runaway to the Sabers

Trudging through the desert area her feet were coated in mud and sand, leftovers from the swampy terrain she had made her way through before on her trek to Ace of Spades. Her clothing was ripped and torn, some barely hid skin from the sun causing her to try and protect the areas from burning and causing awkward tan lines. Her hair was a mess her right eye still thankfully covered by her bangs but all the same she could not smell her hair and she was thankful, she had been on the road for at least a week and had no jewels to her name. Finally as she trudged through the sands she could see the city in the distance collapsing into the sand as tears fell from her eyes, "Yeeees, yes yes yes!" She finally made it.

Her feet carried her as far they could red from the heated sand but she could care less right now, she ran as hard as she could towards the city carrying herself with little to no pride just desperation. After a long sprint she arrived to the city gates her face red and her lungs burning, could she taste blood or was that just the strain on her lungs. After gathering herself enough she walked into the city quickly making her way towards the place the guild was supposed to lay the small castle near the airship docks. Weaving her way through the crowds with ease, (a skill she had picked up due to her own family), she would finally reach the doors of the castle and walk inside. 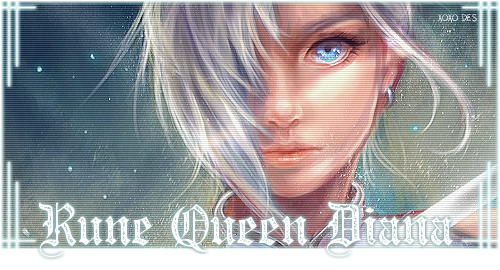 ”… WHAT THE HELL, DUDE?!” Imai roared up in comical anger by the table. Having rested after a long day of mission earlier, he found himself comfortable with conversations from a bunch of visitors and taller wizards in the guild hall. They were in the middle of a board game, and interested in the gambling madness and hilarious laughter that the game gave them, Imai wanted to have a try himself. That was, until he realized just how bad that he was at assuming possibilities.

A bump near the entrance caught their eyes as Imai quickly rushed out of curiosity. However, when he saw the almost fainted woman with ripped clothes and red feet, his rush turned into a sprint to the rescue. He made it to where she had collapsed, hearing her breathe heavily as if she had run all the way from the other side of the world to this place. What happened to her? Before he even knew it, his hands were lifting her up slowly to try and support her as well as levitating her head from the floor and wall, while he spoke: “H-Hey, you… welcome! Also, are you alive? You look pretty beat in my eyes.” Despite the odd choice of words, his eyes were emitting worry as well as Sei’s as the little alien was looking from Imai’s back. It appeared that heat had been very mean to this girl, which alone indicated that she really went through a lot to come here. She was pretty eager to join… just like he was back in that night.
_____________________________________________________________________________________

Her breathing equalized more as a member of the guild approached her a sign that gladly she had not been ignored. His help was appreciated greatly as she nodded her head, "I came from..." she thought up her response for a moment she had to be sure that these people here could be trusted and most of all, none were from her family. Letting herself gather herself and her thoughts she sat down at a nearby table and sighed, "I came from Pergrande..." while only a half truth it should suffice considering the nature of magic there as she held up a hand, "I am Sylvania." she had to almost bite her tongue to prevent herself from giving her full name on express habit. Looking around she could tell the place had people but most were not busy as she turned her head to the alien creature and smiled, "So you said welcome before, are you the guild leader?" her question to some would be seen as odd considering wizard fame in Fiore but as it was for her situation all she knew was a city location and a guild name so as it were she was lucky that the castle she went to was the correct location.
_____________________________________________________________________________________
❆ Diana ❆ Runic Supremacy ❆

Kenna had been sitting by the bar, enjoying a good glass of bourbon while looking through some paperwork for most of the day now. Doing the administrative side of jobs somehow took more of a toll on the raven-haired maiden than the actual job, but as even the annoying things needed doing, she’d diligently put herself to the task. She’d been in the middle of calculating a rather difficult formula when the door slammed open and the ruckus began. The pencil snapped between her slender fingers as loud voices resonated from behind her, nulling her focus and the number she had calculated, and was halfway turning around on her barstool, a deep inhale ready to yell something at her fellow members about the noise, pencils and certain places to put them if they couldn't remain quiet when she actually noticed what was going on. Good thing she turned before yelling things, or she’d made herself look like an inconsiderate ass.

Dropping the two halves of the pencil unto her paperwork the Slayer hopped off her barstool, tapping the bar’s surface as a signal, and watched as Imai picked up the newcomer, helping her to a nearby seat so she could take a breather. The girl herself, silvery hair, slender figure and quite revealing due to her tattered clothes, or whatever remained of them, seemed exhausted. The burnt skin her slayer eyes took in showed the girl had been braving the desert around Ace of Spades for a tad bit too long. A glass of water was shoved her way by the bartender and Kenna took her leave from the bar, towards Imai and the young girl. She found herself just within hearing distance to overhear the girl coming from Pergrande, and introducing herself to Imai as Sylviana. And when the question came whether Imai was the guildmaster, Kenna couldn’t help but chuckle slightly at the thought. If it had been the case, she was sure he’d make a fine guildmaster… just not as he was at current. He’d need a few more years of ‘ripening’ for that, she thought to herself as she opened her mouth and replied before her good friend could. ”I’ll have to disappoint you, but the guildmaster’s out for some business at current. Though Imai would make a great substitute one day, methinks.” Kenna said, carefully showing herself on the other side of the silverhaired girl. Kenna put the glass of water she’d taken from the bar down on the table before Sylviana, in case she needed something to smoothen her throat with, and with a simple twist called out a cloak from her pocket dimension, laying it upon the girl’s shoulders in a gesture to cover her up a bit. ”You must’ve had a long journey, Sylviana, so please relax for a while. We won’t run away while you do.” The ravenhaired maiden smiled heartily at the newcomer. ”My name is Kenna, one of Sabertooth’s mages. And this strapping young lad here is Imai, our fiercest and most promising member,” She gave her friend a playful wink as she introduced him. ”If there’s anything we can help you with, or if you need anything, don’t be afraid to ask. We’ll gladly oblige to your request if it is within our power.”
_____________________________________________________________________________________

She looked tired, so Imai let her find a seat to take so that she could tell him who she was. She came from Pergrande… wait, Pergrande? The large kingdom up in the north-east? Had she walked all the way?! “Pergrande… hey, that’s a far way from here,” he commented quickly. She must’ve went through a lot, but at the very least, he now knew her name and country. Her name being Sylvania, a very Fiorian-sounding name but with a slight outlandish tone in it when he thought of the dialects that he heard out there.

“Eh?” He wasn’t the guildmaster, he wasn’t the guildmaster, but he really, really wanted to joke and say that he was. Though, Sei subconsciously held him back from doing so, and he didn’t get to reply first anyway. Kenna outran him and gave Sylviana a reply to her question, even stating that Imai might make a great guildmaster someday. The boy couldn’t but chuckle a little by that thought; him, the Guildmaster of Sabertooth… that sounded too much right now.