Well this was a interesting Job to say the least as for why Hayden would take a job like this it was a simple answer: Money. That mixed with being a softie at heart for a poor sap that wanted his childhood love to finally recognize them so he accepted this request quickly and swiftly, heading out to do so quickly. The travel was uneventful as expected as Hayden took the train to go meet with the person issuing the job and when he met him the sap wasn’t ugly in fact he was decently handsome but he was a bit shy which caused him to hire someone like Hayden- he sat down with the man reassuring the woman would get the letter or he wasn’t a Infinity Hydra mage. With that he took the letter setting out for where the woman would be having performance.

It was about a day or so till the performance would take place but this would act as the time he would use to scout the place out for his infiltration tomorrow. It was fair to say going through the front was a valid idea but not the best or most time efficient way, instead Hayden wanted to catch the celebrity either after or before they performed. While the love interest would not be there Hayden was to act as the person to inform them of how his infiltration would go. After scooping out the area he decided it would be best to enter through the back posing out part of the security staff- he was big enough to do so. With that he pulled back for now heading back to temporary motel he was using as a home.

When the next day arrive Hayden would gear up making sure to tuck the letter into his satchel before heading out around later in the evening about a hour or two before the event would begin. The line was fairly long causing Hayden to whistle and chuckle as he maneuvered to the very back of the building where a man was waiting with his arms crossed, his eyebrow lifted at Hayden.

“Hey- I’m Ms. Dasillion personal guard I need to be let through.” Hayden lied with a cool smile as his intelligent and linage kicked into play. It was clear the guard was a bit skeptical however.

“I need some type of idea or something; I never got word of a-” The man was cut off as Hayden interuppted him taking on the most annoyed and snobbish voice he could take as he pointed past him.

“Really you’re questioning me right now!? Ms. Dasillion is currently without her person guard and you think this is a time to be skeptical in fact let me know who is in charge perhaps explaining how a guard is holding up the chosen guard of Ms-” Hayden ploy apparently worked as a small bead of sweat formed on the dumb brute face who quickly stepped to the side reluctantly apologizing and bowing as he looked around to see if anyone catch him getting chew out. Idiot.

Once inside Hayden would read the sign that pointed to where the changing room was and none the less the celebrity was down the hall, he quickly took off with a quick walk down the hall before arriving at a door with a star on it. He began to remove the letter from his satchel knowing on the door, within moments he heard a soft voice yelling ‘One sec!’ After about a minute the door opened to reveal a petite but cute woman who looked at Hayden with a bit of surpise and before she could speak he held the letter out.

“You’re friend Damien sent me to deliver this letter to you, I highly advise reading it before your show.” He smiled tiredly as he saw the woman eyes light up at the mention of that name, as if her memory instantly remembered a certain boy from her child hood. However, Hayden did not remain long instead quickly departing out the front and back to the man which when he told him he delivered the letter he actually.. hugged Hayden. He thanked him handing him the reward but before Hayden departed he did leave him with some words.

“Hey.. She remembered you.” 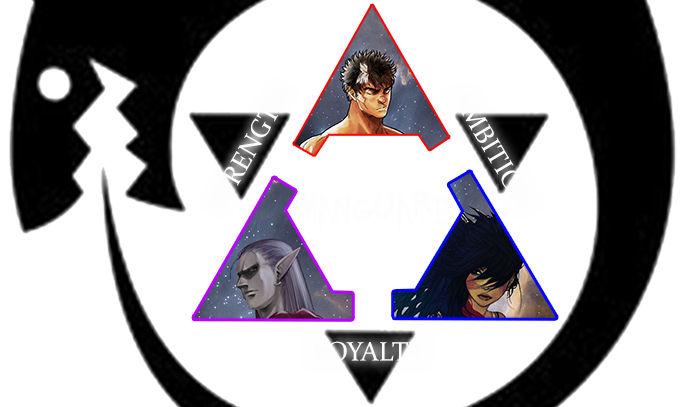