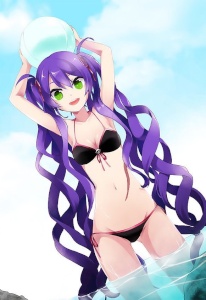 Skipping along the path, Chyssa Orabel began making her way to the centre of Magnolia so she could start her exploration of the large city. She only arrived in Magnolia a few days ago and all she had done in that time was join a guild and find a place to stay for a while. She had to find a full-time place to live, and what better way to do that then explore the city as well as look out for somewhere nice to stay?

It was rather warm outside so Chryssa elected to not take her jacket with her; all the mage had with her was her green bag which contained all sorts of items such as sunscreen, a scarf, a pen, and a pair of swimmers as you never know when the chance to go swimming will come up. Chryssa breathed in the warm air and continued her adventure into Magnolia. A soft breeze came through the air, making Chyssa's purple hair sway in the wind. 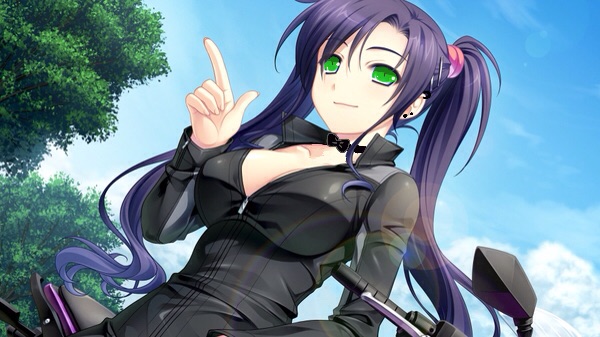 Wolfe was once again in Magnolia, and at this point he was considering just buying a damn place here. It seemed he was here like at least every other week between jobs and stopping by for food. As Wolfe made his way around the town he considering stopping at a lot of his normal places, but something told him to keep moving. As he looked up he once again took notice of the beautiful day here in Magnolia. He was starting to wonder if they were using magic to make the weather here perfect everyday. Not once had he been here and it not be a perfect day. Since he had joined Black Rose, he had been all over Fiore. Either for a job or just to explore, and no place had perfect weather like Magnolia did. Wolfe shook it off as he didn't want to just sit in the middle of the street and stare up at the sky for hours wondering about the mystery that was Magnolia's perfect weather. Instead he should find a good place to settle in and get some food.

Wolfe had found a new place a few weeks ago, was back visiting. It took 2 of his favorite things and put them together, food and music. He made his way down the street and around the corner to find himself standing in front of it. He read the daily specials to himself that were written on a little board outside. It seemed like he was just ordering everything again today. He walked in and took a seat and few minutes later he was greeted by a waitress. Luckily she was the same one that had served him before so she knew him and how he ate. Wolfe then proceeded to order damn near 1 of everything off the menu.

As the two of them ate through a plate it was replaced almost instantly with another. Wolfe just sat there listening to music and eating. The band was ok, not something he would go out of his way to listen to, but he did enjoy it at a base level. The guitarist was pretty damn good, and th drums wasn't bad either.

Wolfe just smiled at her as she dug into yet another dish of food. He was glad she was enjoying it. He had ordered his normal lunch so there was plenty more on the way. Wolfe heard her as she mentioned her ae back to him, it didn't ring a bell. Then again, he actually didn't know that many mages, hell, he didn't even know the names of every mage his own guild.

Wolfe watched as she finished another plate and went into another. Wolfe was also finishing his plate and followed in suite as he picked up another plate and started to dig in. As he was eating he turned and nodded to the waitress and she nodded back. She now knew to put more food on his order and get it started. Wolfe then turned his attention back to Chryssa as she explained the meaning of her name. Golden Flower? well she was very beautiful, so it worked. Wolfe was even sure if it was his real name, so it didn't have a lot of importance to him.