Name: Loki
Rank: Weak
Species: Demon/Elemental
Type: Combat
Description: He has 2 base forms. As an elemental, and as a small spear like weapon.
Elemental Form The lightning that akes him up contains both normal looking lightning and also black versions of lightning because of the Raijin that melded with the elemental. It is about 2.5 feet tall.
Weapon Form In this form he is about a 1.5 feet long and the blade shimmers with electricity flowing through it.
Personality - He is very abrasive at the moment as he can't believe that Wolfe was able to beat him into submission. So he tends to make smart ass comments, and snarky remarks even when he isn't being spoken to. He tries to make Wolfe'e life a little hard right now. However, after they gain each other's trust he might calm down a little.
Abilities: Since it is a Elemental, all versions of it share it's type and therefor have the type of and do Lightning/Darkness damage
Loki's Essence: Loki has the ability to eat weapons. Once Loki has eaten a weapon he can become that type of weapon from that point on. He also gains the properties and abilities of the weapon.
(This how ever does have a limit. It cant gain properties/abilities higher then it's current Rank as a Pet, and gaining these abilities must also go through the proper channels of posting it and getting approval from staff. However, he can never gain any new elements)

Name: Loki's Trick
Rank: Rank C
Description: Loki has the ability to take the forms of any weapons he has eaten
(at the moment he hasnt eaten anything, and currently has 3 forms)
Sword Form
Scythe
Spear
The first time it takes a form in a thread that is not it's base weapon form (from above in the description area) it cost nothing. However, each time after that when it changes it cost 10% mana
Strengths:
*Has the strengths of the weapon it is currently
*Carries over all abilities it has obtained through eating other weapons.
*Versatility from a series of weapon options
Weaknesses:
*Has a cool-down of 2 posts before he can change again.
*Has the weakness of the weapon it is currently
*This Pet once upgraded will actually count as both my pet and weapon slot, and must follow all rules regarding both
*Can only be in one form at a time, so he cant be in pet form when in weapon form.

Name: Essence of Raijin
Rank: Rank D
Description: Loki contains a charge of electricity that equals a D rank lightning spell.
Strengths:
*This can be used either as spell discharged through a melee attack, or it will discharge and hit anyone who touches it.
*Wolfe can get charges from it (as if being hit by lightning, per his character ability), if he wishes to.
*It will hurt anyone else who touches it, meaning that no one else can wield it.
Weaknesses:
*Cool-down of 3 posts before it is charged up again.
*Maxim of 3 charges a thread
*to use the discharge in either form, it must be through physical contact. (Either by touching it, or through a melee attack)
*Wolfe has to learn how to be proficient with each weapon.
(must do 1 5 post thread explaining his learning each weapon. Each thread link will be posted to this thread later to show it is completed) 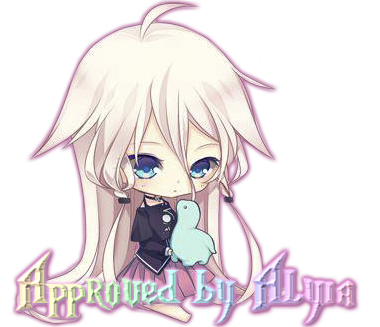