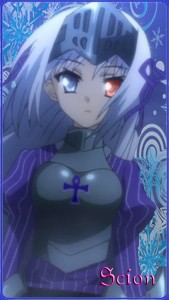 Scion walked into the port town of Hargeon at about mid-day, donning her Rune Knights armor proudly as she walked down the streets. Justice, her sword remained sheathed at her side as her shield made dull clanking noise against her back plate. For a heavily armed, armored young girl, she still managed to look pretty cute. Underneath her armor she wore a lolli styled purple dress with white stripes. It was definitely strange to see such a young girl in the Rune Knights, however once you caught sight of her mis-matched eyes, you usually thought better than to go against her.

Not that something like that was a problem today... it was such a beautiful day in Hargeon, the sun was shining brightly above them, making the water sparkle brightly as she approached the docks. The sound of people filled the air along with the sound of the seagulls and the boats pulling into port. She had always loved port towns growing up. They were always so full of life, so many people and animals going about their business, sailors and merchants doing both legal and illegal trading... The illegal trading had been the real reason she was in Hargeon today, however, the more she walked around, the more people tended to scuttle away from her. Maybe hiding her armor and the Rune Knights insignia would have been a better idea for a mission such as this one...

Seeing as there were no obvious illegal activities going on nearby, Scion decided to make her way to the passport office. Why not? She would surely be doing missions over-seas as soon as she picked some up with hew new squadron.

And so, Scion moved into the office and stood in the line, waiting patiently as at least 2 dozen people stood in front of her, sighing away as they waited for there turn. She didn't make a fuss though, instead she just waited, and waited, and waited some more until an hour and a half later, it was finally her turn to speak to the cranky old lady behind the desk. She gave the woman her credentials before being properly processed for her passport. The whole thing really only took 5 minutes, how it took an hour and a half to get to her turn was beyond her. She didn't say a thing though, simply going through the process until she was finally given a passport. "Other than the wait... that was easy." Scion stated with a smile as she tucked the passport into a pocket in her dress as she headed back out of the office to do one final patrol of the docks before she would head home. 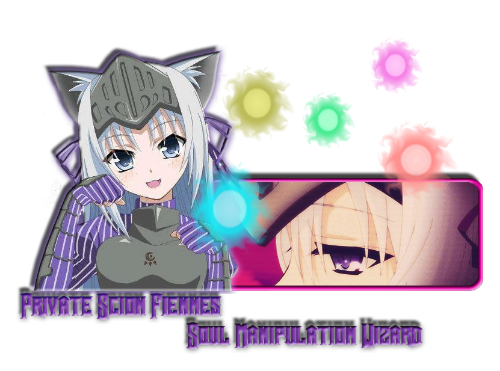