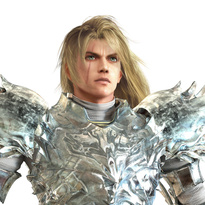 Wearing his usual outfit of white t-shirt, olive green cargo pants, and black boots plus some spending money contained in a pouch in his right cargo pocket, Leonidas entered a local coffee shop named Capital Coffee. He had heard talk about it in his neighborhood and since he was fond of coffee he decided to pay the coffee shop a visit. Maybe it could become a go-to place for a decent cup of coffee between jobs or on slow days when he just did not feel like working, but that depended on how his first visit to the place went.

Leonidas looked around at the interior of Capital Coffee and noted how clean and modern it looked. To the right of the entrance was a small seating area with small square wooden tables occupied by young twentysomethings drinking their choice of coffee from a white styrofoam cup. Leonidas looked left and saw a large seating area that included white pod chairs facing the windows on all three sides. In front of him was a wooden counter with a large menu above and behind the counter that listed everything Capital Coffee had to offer.

Also in front of Leonidas was a line of twelve people. They looked to be all twentysomethings and most of them were young women with a few young men among them talking about what kind of coffee they were going to order. It looked like Leonidas was going to have to wait awhile to get to the counter, but that was fine with him. It was not like he had anything urgent to do today.

-At the counter, forty minutes later-

Leonidas had expected to wait an hour or more to get to the counter because some of the people in front of him were unable to decide on what coffee to get until the last minute, so it was a surprise to him when he had gotten to the counter under an hour. Now he was looking at the menu and trying to pick which drink he wanted. It did not take him very long to decide.

"Hi there and welcome to Capital Coffee! What coffee would you like to order today?" A brown-haired young woman with blue eyes asked Leonidas. Leonidas made eye contact with the employee. To his surprise she did not flinch when he made eye contact with her, but that could be because he was going to be a paying customer, not because she found him attractive even with the facial scar.

"I'd like a single espresso, please." Leonidas replied with his order. While he ordinarily drank plain coffee with nothing added to it, today he would try a single espresso just to try something different. He was in a new country, so he might as well try a new type of coffee.

"All right then. A single espresso it is!" The employee cheerfully recited the order to him. Leonidas then paid for his beverage and received his receipt. He then stepped off to the left side and waited for his drink to be made. As he waited for his single espresso he had gotten a favorable impression of Capital Coffee thanks to its clean interior, upscale look, and good customer service, but the real test of the coffee shop's mettle would come when he received his drink and got to taste it. All the fancy interior decoration in the world could not make up for awful coffee.

Leonidas had waited patiently for his beverage while listening to the overhead music, which was an upbeat pop number about preparing for a date sung by a female vocalist whose lyrics were backed by a synthesizer. The female singer was very good... she had a wide vocal range and did not add any unnecessary embellishments to her singing like drawing out lyrics to an obnoxious length, but in his opinion the song would have been a lot better without the synthesizer backing. The synthesizer was too loud and the playing was all over the place. Leonidas surmised that the instrument was added to give the song a feeling of youthful energy and excitement, but to him it was just obnoxious.

Leonidas kept his opinion on the music to himself and eventually his cup of coffee was delivered to him in a white styrofoam cup by the same employee who had taken his order. Leonidas thanked the employee for her giving the coffee to him and took a sip of the beverage when the young woman had returned to her place behind the counter. He took another sip of the drink and tasted it carefully. Only then did he form an opinion on the drink he had ordered.

The single espresso was a bit weaker than what he was used to drinking, but it was fairly good. It had a respectable amount of caffeine to go with its mild taste. Leonidas turned right and his eyes drifted back to the menu behind the counter. He saw a double espresso and wondered what made it different from a single espresso. He would find out one day, though. Right now he was satisfied with his choice of coffee.

Leonidas walked away from the left side of the counter and tried to find a place he could sit and drink his coffee so that he did not stand around and look awkward or stand around and block the movement of people from the counter to the seating area. He looked to his left and saw that there were quite a few people in the seating area. Some of the same young woman he had seen in line earlier were sitting there and a young redhead with emerald green eyes seated at a wooden table in the middle of the seating area happened to make eye contact with him. She winced and quickly returned to making eye contact with her friends.

Leonidas knew that abrupt change in eye contact was because of his facial scar. He was not overly bothered by what had happened, but he was not going to hang around here if just looking at him caused some people discomfort. There were no seats available, so he would just take his drink on the road. Besides, he had seen everything he wanted to see. Leonidas turned right and carefully made his way to the exit, being careful not to bump into anyone or anything while he was carrying his hot drink.

Leonidas reached the exit without incident and made his way out of the coffee shop, starting on the road back to his neighborhood. He kept his favorable impression of Capital Coffee thanks to the combination of clean and upscale design, friendly customer service, and the quality of its coffee. He would definitely be coming back here for his coffee needs. He would just need to be careful to not come here too often and spend money that he was supposed to be saving towards his goals of buying better housing for himself and purchasing better weapons, among other goals.