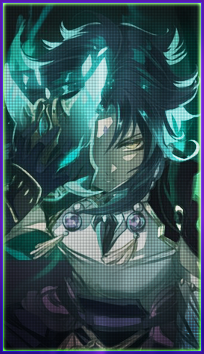 Description: Unlike most takeover magics, which are channeled through the person's body, Aki's magic is solely based around his holder weapon. All of his magic uses it as a conduit in order to manifest in the outside world. As a takeover magic, though, Aki's powers are all visible when in use, whether or not he is in a full takeover. Fever Bringer mainly revolves around themes of heat and has a strong basis in close range combat.

With options for utility, this magic has some versatility. However, support is not Aki's strong suit, and that is reflected in his magic and usage of his powers. The most important thing Aki takes for granted is his magic. He uses it every day and in any scenario. There are casual plot-like abilities he has gained usage of, such as the ability to fly, teleport when not in combat, and so on and so forth. Such plot effects are only usable with out of character permission, but the actual situation is up to creative input.

Something notable about Fever Bringer Takeover is that although it might utilize many elements of light and darkness, it is also decidedly neutral. Corrupting and holy elements are not a strong suit of this magic.