Ark of Embodiment {With Stats, Might Get Around to Eventually Making Stats, but for now...I'mma go Statless on this one}

Ark of Embodiment {With Stats, Might Get Around to Eventually Making Stats, but for now...I'mma go Statless on this one} 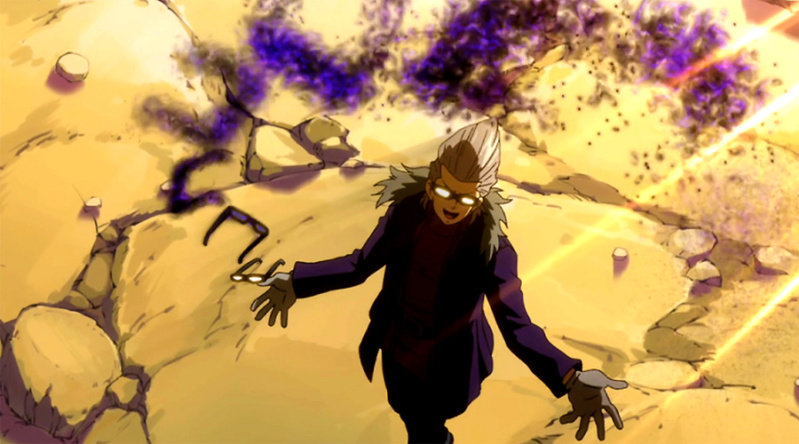 Magic Name: Ark of Embodiment
Magic Type: Lost / Summon / TakeOver
Description: The Ark of Embodiment, in a world filled with limitless possibilities for magic, is limitless to a whole new degree. It is amorphous in its abilities. It is flexible in its uses and capabilities. There is a reason it had been considered Lost once before.

Anything that the user imagines can be a tool. Should the user desire to strike down their foes with their arm made of flames, they can do so. Should the user desire to conjure up a beast beyond compare to crush their enemy to smithereens, they can do so. Even if they wish to fight with the tools of the earth and their own creations without altering their body, they may do so.

The Ark of Embodiment is limitless. In the hands of a user with a strong enough sense of creativity, it can be a deadly tool that none can hope to stand against. Those who come across one with the capabilities of the Ark of Embodiment should fear, as they will not fall easily, if ever. Be wary of anyone who has such power at their fingertips, as they may as well be a god.

Non-Combat Spells:
Master of Reality: The user's imagination gives them non-combat control over existence itself, allowing them to create things such as changes of clothes, food, or even doors. This requires OOC permission to make any changes that would alter a player, player NPC, or event NPC.

Name: The Arm that Shields the Gods
Rank: S
Type: Partial TakeOver - Left Arm
Melee Damage: 35HP
Range: Self
Speed: 400m/s
Duration: 11post
Downside: N/A
Description: The user believes their left arm to be a mighty aegis to defend its chosen God against the machinations of those who would blaspheme against their name.
Abilities:

Bulwark of Nirvana:
Name: Bulwark of Nirvana
Rank: S
Category: Auxillary
Type: Single Target
Damage: 50% magic resistance
Range: Self
Speed: 400m/s
Duration: Passive
Downside: N/A
Description: The Shield is made of such material so as to strike away whatever strikes may come towards its master, whether or not they be from this physical plane or from the realms of magic.

Name: The Arm that Rends the Heavens
Rank: S
Type: Partial TakeOver - Right Arm
Melee Damage: 35HP
Range: Self
Speed: 400m/s
Duration: 11
Downside: N/A
Description: The user believes their right arm to be an instrument to bring even Gods down to the earth, and slaying those that would even consider opposing such a foe.
Abilities: The abilities this Takeover spell has.

The Beast of Nightmares: 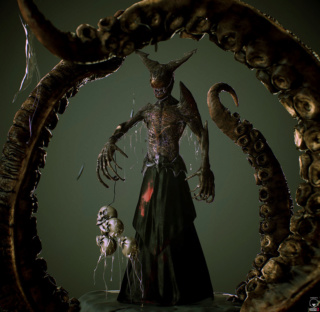 Name: The Beast of Nightmares: Bane of Mankind, Terminus
Rank: H
Type: Normal Summon
Requip/Summon Melee Damage: 47HP
Requip/Summon HP: 350HP
Range: 300m
Speed: 150m/s
Duration: 21post
Downside: N/A
Description: After a night without sleep, Odhran dreamt of this terrifying creature. It stands at ten feet tall, and has a number of large, deadly tentacles following it around. They stand at twenty feet tall each, and they can combine into one mass to strikes foes. The creature itself is by no means an easy foe, rather being a formidible foe in combat itself with its surprisingly quick speed and strikingly powerful arms.
Abilities: (The abilities this Requip/Summon spell has.)

Realm of Despair:
Name: Realm of Despair
Rank: H
Category: Auxillary
Type: Area of Effect
Damage: 20% debuff of spell range, spell damage, and spell resistance to affected opponents  as well as a 5% MP drain, HP drain, and summoner MP regen, as well as a 50% piercing effect.
Range: 400m
Speed: 250m/s
Duration: 16
Downside: -5 spell duration
Description: The Bane of Mankind gathers a ball of dark energy into its hand before firing it off at a foe, plunging them into a realm of darkness, fear, nightmares, and despair. Their very life is drained from them and the summoner is able to feed off of its power. This beast has been rumored to have been able to destroy entire cities with a single use of this spell, though that merely lies in rumors and hearsay.

Those That Hunt In The Night:
Name: Those That Hunt In The Night
Rank: H
Category: Offensive
Type: Multiple Target
Damage: 105HP, 25% debuff to speed, strength, and physical resistance, immobilization
Range: 500m
Speed: 350m
Duration: 21post (immobilization effect & damage effect are only 1 post)
Downside: N/A
Description: The tentacles that follow the creature lunge out, striking whatever foes it deems worthy enough to fight. After being struck, opponents are left with a sticky residue upon their bodies, which paralyzes them for a brief time, but their physical body itself begins to crumble under the effects of the residue. Few have lived to experience the horrors that this strike has brought upon them, and many of those lucky enough to survive have their bodies permanently damaged beyond repair.

Name: The Tower That Reaches The Heavens: Etemenaki
Rank: H+
Category: Offensive
Type: Area of Effect
Damage: 105HP, 5% drain to MP, 5% drain to HP, 5% User HP, 5% User MP restored per post
Range: 600m
Speed: 500m
Duration: 26post
Downside: N/A
Description: Bursting forth from the ground, a massive spire emerges, entrapping any foes unlucky enough to be caught in its grip. The tower extends to the heavens, and strikes all, whether above, below, or on the ground. The tower pays tribute to naught but its own master, crushing those who would dare to oppose them and transferring their strength to their fell master. Etemenaki is eternal. It shall never fall. Those are the words of those who have had the misfortune of laying eyes upon the temple to the God of the Ark.