The Pumpkins Strike Back! (Event) 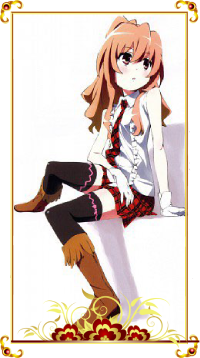 She saw a bit of their mother in her from the way she had previously fought? Well... that was neither a good or a bad thing, was it? Honestly, just having been around her sister in this atmosphere was new for her. Then again, nothing about this day was familiar to her anymore, so it was better off for her to just try and get accustomed to the more abstract parts of the day and for the most part going forward, life itself. ”Yeah, but... I don’t know. I didn’t feel like myself. I didn’t really feel like I did much of anything.” She let out a sigh gave a light shrug. ”I honestly blacked out and then came to.. well... this way. Though as long as we’re being honest, I do kinda wanna like, go out and embrace this some more. I don’t want it to come out again and I hurt people that don’t deserve it. Especially if it can’t determine my own sister is a danger to me... you know? It’s hard to be proud of actions you didn’t even know you did.”

Her eyes sunk to the floor while she spoke. She didn’t feel truly happy over it. Sure, she had a strength that was now answered from before. That power of the soul those Oni crafted for her was something better than she admittedly could hope for. It was a sense of pride that she felt was previously stripped from her was all back and with a vengeance. Did she feel used for it? Yes. But in some ways, she couldn’t blame them for what they had to resort to doing in order to accomplish that goal. And in others, she was more willing to control it. What better way than in her last minutes to think that they didn’t use her for their goals, but make it just seem as though they worked with her to do it. A malicious act of mutual agreements.

The bit of a threatening, but playful tone of Cierra’s caught her attention, looking up toward the elder sibling while she had asked about seeing more of her summons some time. She didn’t have a whole lot that were like Charlotte in terms of what she was looking for. Her summons were as far as she knew, a diverse number of beings from inanimate objects brought to life to animals mutantized by the void. But while Cierra would occupy the girls, those handsome men would be all for her, so... win-win? ”Sounds like a deal. But there’s only a couple that I can think of like Charlotte. Not many others are like her or Theresa. And don’t think she’ll take much interest. She’s more likely to baby you than to be interested in you romantically. She’s the only summon who took more of an interest to talk to me than anything.”

In the end, seeing her sisters cheerful disposition and having her sense of approval, the feeling of her having her back not only despite the scenario and the added tidbits of things such as her blacking out rage induced outburst, the summons, and then her own lack of self confidence to top it off. All of that and to have her still behind her was a big motivation for her one that put a big smile to her face. That was, of course, until the playful slap to her shoulder. The girl must not have known her own strength as the red haired sibling was swatted aside and fell to the ground with a swift squeak from the sudden action. She wasn’t really anticipating being knocked over, but apparently she didn’t brace herself enough for it. ”Could you have hit me any harder? Sheesh~” She said playfully, standing up and dusting herself off. 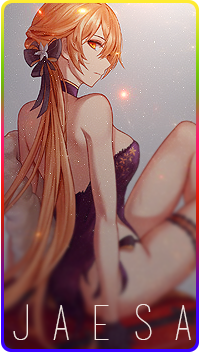 “Better to embrace that part of you then try and lock it away,” Cierra answered after a moment’s thought, “I mean if you’re that strong when you’re out of control, just think how much stronger you’ll be when you’ve learned to use it properly and can activate it at will? When I first started tapping in to my vampire magic, I was pretty much the same as you were today. I became overwhelmed by the force of it and just let my emotions take complete control of me. I don’t remember the first few times I used it and mum was the one who had to tell me what happened afterwards. I think that maybe it’s the nature of our magic's that forces us to have to master them in such a way. Both of ours seem to be quite primal and it makes sense that learning them would be tricky. Mind you, I wouldn’t swap mine for any other as the rush I get as the rush I get is just amazing.”

Cierra had to laugh to her sister’s reply after she teased her, “Aww, that’s a shame. I was starting to hope that all of your summons were like Charlotte, playful and gorgeous. Still would be fun to meet them though as I’m sure they are a pretty fun bunch, if the spider queen is anything to go by. You wouldn’t believe some of the tales she told me while you were out sis. She really is a depraved creature, not that I’m complaining.” Honestly, the pink haired girl hadn’t been sure what to expect from Cer’s summons, not having much knowledge or experience with them herself. It was a kind of magic that was a little odd to her, although the idea of having someone to come to your aid at any time was interesting...especially if the summon was a female. Maybe it was something that she’d have to consider one day, as it would make her journeying a little more fun. Sure, she loved being on the road all the time but there was a lot of time spent by yourself with nothing to do but walk and boredom drove her insane some days.

Her laughter turned to giggles as her sister toppled over after her slap and she then innocently placed her arms behind and back and whistled, pretending to be ignorant, “Oops, sorry about that, guess I clapped you a little too hard.” From the start of her training, Cierra had always been instructed to rely on her physical strength during combat, so much so that by now she was easily capable of going toe to toe with much larger creatures than her. She’d always loved to brawl and there was nothing better than getting under her opponents guard and ripping them to shreds. Just the thought made her excited and her eyes would briefly glint as she pondered. “To be fair, I did owe you for earlier sis, as you did have me on the ground at one point.” She was just teasing of course although she’d been surprised at the time. 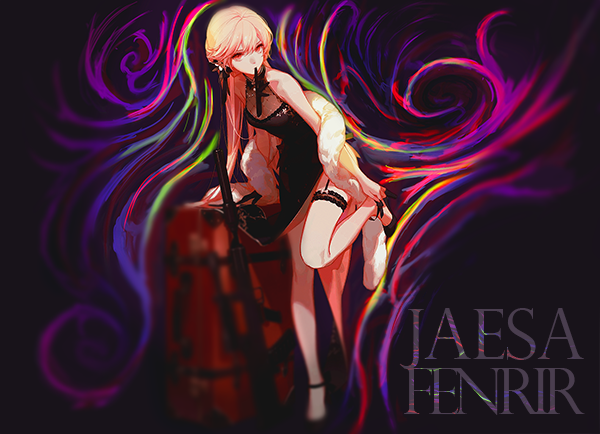 The look of surprise that was on her face as her sister had come to acknowledge their similarities when it came to playing around with magic that was stronger than they were that led to these blackout bursts of true strength. As much as she was led to believe that one day she could completely control it, there was a part of her that worried that she would be swallowed up by the anger and that she’d never again be the same person she once was. But, that was all about to change. She wasn’t going to let that deter her. Instead, she wanted to push to be a little more like her older sister when it came to fighting. To embrace her strengths and overcome the bounds of restraints.

But that look of encouragement was slowly replaced by one of a mix between “why would you tell me something like that?” and “I could have gone my whole life not knowing that.” Though she didn’t really care so much what they did outside of helping her in combat, hearing Cierra mention that they were hoping to have many more like her, honestly at this point she knew little of whom may help her try and kill this psycho cat girl demon. Tapping her finger to her chin, the summoner began to think for a moment before a couple smirk formed on her lips. ”Who knows?~ Now that more of them are going to possibly be willing to help, who knows just how many more are in there?” She teased her with a wink before suddenly bursting out with laughter. She didn’t really mean what she said, she just wanted to bust her sisters chops.

Letting everything else go with the shrug of her shoulders, she smiled and walked over to her sister, wrapping one arm around the back of her neck. A huge, toothy grin formed on her face from the devious plan and she lifted up a single plastic card. ”How’s about dinner and a shopping spree on dear old daddy, huh?~” Cersei asked, knowing full well by the mention of every dime being spent on their estranged father, she wouldn’t have any doubt about that. She could explain herself at a later point if she needed to, but for now it was all about spending time with her sister. For her, that’s what was important to her and she was ready to put her needs ahead of her fathers. ”And maybe you and I can go over some tips on anger control. I’m gonna need it badly.”