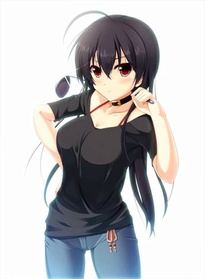 In Repent's goals, she wanted to eliminate the filth of the world, yet she still needed to be able to fund herself. Luckily, there were the occasional jobs that aligned with her goals. Laurence Silverpoon essentially filled the trifecta of evil for Repent's ideology, and to be paid to remove him from the world was like a message from god.

Repent did her research, she showed up with the fan girls that swarm daily for a few days, getting the layout and calculated all her risks.  Usually all of them were swarming the gate as the main height of the walls reached an estimated height of fifteen feet. Repent's plan was simple, only kill the target. Repent had contacted the group who made the job, and instructed them that she could do it, all she needed were three cooked hams in a potato sack at a specified time at their expense, explaining they're for the dogs the clients agreed.

The dark vigil was leaning against wall east side of the manor near a rather large tree that had a branch leading onto the property. People have tried to use it before, but the guard dogs usually got to them. While guard dogs have strict training, the abuse and negligence of the master can ultimately create a downfall. Lack of maintenance can create chinks in the whole shield. Right on time, one of the clients came wearing a mask, covering her face as she threw the sack of hams at Repent's feet. Repent batted an eye towards the girl, before she checked the bags. She gave a quick thumbs up and the woman ran off. "Good girls."

Repent knew it was time, the Silverspoon has had long enough time. Repent extended her hook blade and hooked it into the sack, before climbing the tree, and once she climbed on top of the branch, she pulled the sack up, and unhooked the bag but she wrapped the energy chain around her arm. She slowly moved her way towards the end, she took the  before chucking the sack to the right. She saw the dogs run towards it, and sniffs the bag before tearing into it.  "Sometimes the old tactics are the best tactics."

Repent jumped off the tree branch and ran through the field as silently as she could, and to a corner of the lavish mansion. She looked around, and it seemed as though all the men that were supposed to be on duty were asleep. Repent looked up to the balcony, and unwinded the hook as she tossed it up to the balcony, hooking it on the railing. Using the energy chain to assist her as she climbed up the wall next to the balcony, and leaped. She swung in an arc and grabbed the balcony rail. She recalled the hooked blade after jumping onto the balcony, and against the small wall segment between the glass doors.

Her luck appeared to not strike out as this seemed to be the study behind the wall, and she had a clear view of the target. However she saw him on the sofa, trying to hold a woman close. Repent looked for an opportunity to strike. "Ple... please sir, can I go now?" The girl pleaded as Silverspoon started to climb atop of her. "Did I say you get to complain? How rude, after all I showed you... I think you should be a bit more grateful, and I just know how you can show your, gratitude.." He started to grab her blouse and was about to rip it off, but Repent saw enough. She opened the glass door and ran in, grabbing the man by the mouth with her right hand, and then stabbed her right blade through the underside of his skull, into the man's brain. As his body went limp, Repent grabbed the body and slammed it down onto the floor several times. Once she was sure he was not coming out, she stood up and wiped the blood and other matter off her blade.

"Scum of the earth, you'll never harm anyone again..." Repent turned her gaze to the woman, who was understandibly shaken. She was trembling at the sight she saw. "I am not here to kill you either. I am going to need you're help, wait 2 minutes, start panicking, and whatever you hear, spread the word. Repent came for Silverspoon." The girl nodded, Repent looked over to the case of heirlooms. She smashed the glass case and grabbed the golden and silver spoons before she escaped the property, the same route she had taken in. She left a significant distance away, before walking through the shadows between two buildings, but on the other side it was Eight that arrived.