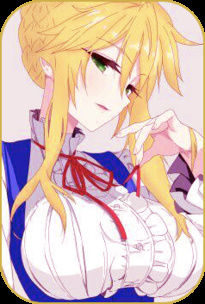 Desirée Blooms wrote:Job Title: Assassination Solution;; The Coldest Flower
Rank: D
Job Location: Towns, preferably oak town
Solo Word Count: 500
Group Word Count: 1,000
Additional Requirements:
Job Description: Miss Nosey Neighbor was aware of an assassination contract placed out by her neighbor miss coldflower. Hearing such a thing? Did not sit with the nosey old bat well, so she had put out a request that some mage make Miss ColdFlower take it back and think twice before ever trying again!
Enemies:

Just a weak old lady whose only skill is being second best at gardening and a sore loser.
Reward: 5k and d rank exp.

Angelica once more found herself visiting another town, though this time around it was for another job. She had been running dry as far as leads went with who she was searching for, and since Oaktown wasn't necessarily that far off, that became her next destination. Arriving at the entrance to the small and relatively homely town, Angelica was quick to head on in and make her way to the town square. She searched between various jobs... until finally she found something that looked up her alley. Easy and quick to accomplish if she pulled her strings correctly.

Thus the blonde was on her way to Miss Coldflower. She strolled along, being guided on towards the backyard garden in which she would meet her target for this job. Surely if she did not play her cards right and actually intimidate the woman properly, she might end up being the next target to her wrath. Though it isn't much of a threat in Angelica's threat -- what could she tell the same people she tried to hire to kill her neighbor? 'Some blonde chick with a braided bun told me to retract the contract'. She wasn't exactly one of a kind as far as looks went, but that didn't subtract from her general beauty regardless.

After a good amount of walking through Oaktown, mostly sightseeing to gauge how many restaurants there were and what places smelled good, Angelica finally reached her destination. Or at least, the front of her destination in any case. Not seeing any signs of Miss Coldflower yet, the woman focuses -- and surely enough, she faintly hears a meager amount of water being sprinkled onto something behind the house. Having come to the conclusion that this was the woman, or well, her target, Angelica goes ahead and thinks of how to approach the situation. She could end up turning this into something bad for herself if she didn't pull it off right... time to do her best!


Extending her right arm out in front of her while angling it so that her hand is slightly above her head, the female points slightly into the air with her index finger. In a sudden twinkle of bright, pure white light, several cone-shaped waves of light expel from her fingertip. They sail over the woman's house and fire off into the sky as opposed to hitting anything unintended -- thank god for planning ahead. Sure enough, there's a series of mumbles that she can faintly hear, before the bitter, elderly woman in question emerges from her backyard with a prominent scowl upon her features. "What in the hell are ya' doing, little missy!? Get! You nearly frightened me out of my skin!" The scraggly elder shouts with brazen aggression.

Lowering her arm to her side, Angelica simply peers at the old woman and stands her ground, smiling at her with confidence in her bright gaze. A vicious squint is sent to the dragon slayer in rebuttal to her stare, before the woman starts speaking once more. "Damn kids these days... can't even respect their elders." The woman states, murmuring this time. She turns around and starts to saunter back into her yard. Before she can though, the blonde takes aim this time around, forming light in both of her hands and positioning them as though she was pulling an arrow back while secured to a bow. The light compresses itself to a bow, and likewise, in the other hand, compresses into an arrow.

Letting the arrow of light loose, it zooms forward at stellar speeds, stabbing into the ground at a slant in front of the old lady. Angelica takes this time to spring forward and move up behind the old woman, allowing her to stumble back into the blonde instead of potentially hitting the ground instead. At this point, there's obviously some semblance of fear visible upon the woman's features, to which Angelica finally speaks, allowing her smile to finally fade into a disappointed, repulsed scowl. "You don't deserve respect after doing something as lowly as leaving others to handle your 'problem' for you, instead of facing it yourself. That's a coward's way of conducting themselves, and a coward doesn't deserve help." She remarks, shoving the woman forward.

Luckily, Coldflower is able to keep her balance, looking at the blonde with wide eyes. "Call off the assassination, unless you want that arrow hitting you directly this time. Maybe one of those hands that help you maintain that garde---" She's cut off by Coldflower, who shouts out in panic. "I-I'll get rid of it -- just don't hurt me -- especially not my hands..! They're the only thing that let me maintain my passion." She cries out in desperation, to which Angelica responds by extending her arm forth. She pats the woman's shoulder and offers that bright smile again, causing the elder to flinch for a moment, then seize herself from physical contact with the dragon slayer by reeling back in a snap of movement that sends her hustling back onto her property.

Taking that as a satisfying result, Angelica makes her way away from the woman's home, off to receive her reward once the assassination is out of the way.