Shennako would soon be at the fairy tail guild hall where he would become a member, he was walking down the stone streets of magnolia as he was reading a issue of sorcerer's weekly. Before he knew it he was now standing out side the large hall where he would soon go inside, but just then a person bumped very hard into him causing him to drop his magazine. " oh I'm sorry I should have been looking at where I was going." Shennako said as he bent down to pick up his book tho it would seem that this person was one to easily be pissed off as he suddenly reached out and grabbed shen by his shirt and lifted him a few inches off the ground. " damn straight you should have but now my boots is all dirty how do you intend to fix that mage, you fairy tail mages are always causing trouble. " Shennako was not technically a member yet but just the words of this man dissing fairy tail got his blood to boiling, so taking his foot he kicked the man in a place where it hurt him the most which caused him to let Shennako go. Shennako then slammed his fist into the man's face which sent him crashing into the guild halls doors tho luckily it did not break them it just opened them up all the way. Shennako stepped over the man's unconscious body and into the large guild hall.

" IM Here To Join Fairy Tail Where Do I Sign Up." Shennako said as he had a large grin on his face and his sorcerer's weekly magazine in his hand.
SeaGlass 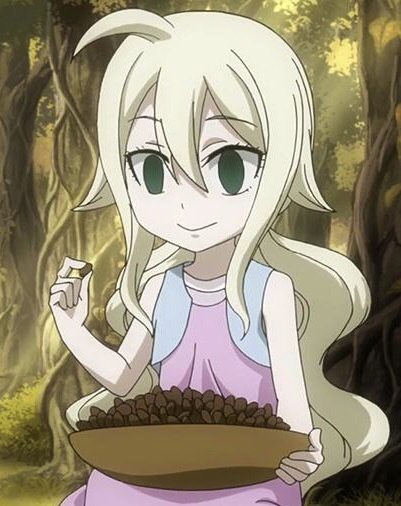 After a recent arrival turned out trying to kill her and whoever else happened to be in the Fairy Tail guild hall at the time, Little Arcadia was mildly jumpy. When the doors burst open by an unconscious man, the young slayer backflipped away from the table she had been sitting at. She landed defensively ready, a frosty aura flaring up around her as she entered Dragon Force. Pale blonde hair gone white and faerie green eyes turned crimson. 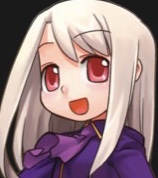 Much to her embarrassment, she faced not a foe, but a potential new guildmate. At least everything about his smell and demeanor after entering told her, she was greatly overreacting. Her face flushed red as the chilled aura faded away and both her hair and eyes returned to their normal coloration.

Little Arcadia turned her chair back upright, and looked over the unconscious dude. "Huh... knowing that guy he probably deserved that." The little girl turned big faerie green eyes up to Shennako, flushing lightly with embarrassment again, "Hey, sorry about the misunderstanding. Uh though excuse me, one moment."[/color][/i]


She stepped around and gently slapped the previously unconscious dude, helping him up the best she could, which means the guy was left mostly to get up groggily on his own. The little slayer then escorted him the short ways back out the door, while he was still dazed, "You know you're not supposed to be back around here for at least another week, and that's if you behaved. I think you can count on another week be added on for this. Now get going."

As shennako entered he meet a young looking girl tho he was not sure if she was a little kid or a teen. She had long white hair and crimson eyes but that faded back into green eyes and be blonde hair. She seemed spooked by something but as she noticed him she seemed to calm down, before much else she walked over and smacked the guy which he had knocked out as she told him to leave. " It's no problem I would do that to any one who dissed fairy tail."

Shennako said with a grin on his face, she asked shen to follow him so he did so he pulled up a seat aas she asked if he would like something to drink. " Yes please, herbal tea if you have it."
SeaGlass

Arcadia thought she should write the needed information down on actual paper, at least until she could figure out how to get notes from her iLac out into a form that go out into official guild records. She took the long way to the bar, heading over to the reception desk first. There she asked the fairies for a sheet of paper and pen.

She scampered across the hall to the bar, asking the bartender for a little herbal tea for Shennako. For herself, she decided to try a new mix of apple and grape juice. Thanks to a little heating spell from the bartender, the wait for the was no time at all.


The young slayer brought it all over to Shennako's table. Sliding his tea across to him, the little girl took a seat. Laying the paper and pen on the table, she held onto her glass of juice, stirring as she concentrated magic into her hand to chill her drink. Smiling to Shennako, "Okay, we just some personal information for guild records and stuffs. And we do need to make sure your not gonna make trouble for the guild.. That's it.. You'll be in."

Shennako was so happy to finally be inside the fairy tail building tho he kept it to him self, he was busy looking around at all that the guild had to offer. There was the bar where people can get drinks if there thirsty, there was the mission bored where one could take on a job. Then there was the second level where the famous S rank jobs could be taken but he was no where ready for a job of those jobs.

The young mage walked over as she handed him his tea by sliding it across the table, taking the cup shen lifted it up to his lips as he took a sip, as the tea went down his throat he could feel the tea warmth heat him up from inside. " Yummmm that's some good tea, thank you." Shen said as he grinned to show his appreciation, she then sat down as she asked him what his full name was. " My full name is shennako silverwolf tho you can just call me shen for short." The next thing she asked him was why did he choose fairy tail to be his guild. That was really not a hard question but if she had to know he would be glad to tell her, Shen would then place his tea glass onto the small plate.

" Well I guess it's cause ever sinse I was a little kid I have looked up to the fairy tail mages and always wanted to become a member."

He was not if that response was good enough but it was the truth, but if she needed more reasons he could give them.
SeaGlass

Arcadia jotted down a couple of notes, nodding thoughtfully. Her thoughts were mostly on what else Master Sorano might want asked. This being one of her first couple interviews where she was the interviewer and solo at that. She just hoped her minor case of nerves was not showing. That was not the impression she wanted to give. The was at least one more thing, but her mind was drawing something of blank.

Shennako was reading his issue of sorcerer weekly as he watched the young mage write things down onto a piece of paper as she attemted to not show her nervous state but being a person who is good at picking up on the little thinthings it was not hard to miss. Shen took a sip of his tea as he waited for her to ask him more questions. Once she was done she looked at him with a serious look which made Shen wonder what she would ask him next. She said that she only had one more question but in reality that one was really two. The first one was would shen ever think of harming any guild mate or proporty and what did he have planned once he joined.

" Well I would never wish to hurt any one in the guild intenchally or on perpose so no tho as a family not every one will always see eye to eye on things so there will be times when I see small fights break out but thats what family dose right. As for what I want to do once I join.... Well I guess first is to take on a job, then slowly make a name for my self."

He told her how it was truthfully so he hoped that iit was good enough but even if it was not he would not give up tell he was accepted into fairy tail the best guild in his opinion.
SeaGlass

Little Arcadia finished up her notes, and rose from her chair. "IF you have any questions for me, feel free to ask. But I will be right back." She scampered on over to the reception desk. Dropping off her notes to the fairies behind it, the little pale blonde mage bows and thanks them in their strange language. Taking a stamp from the fairies she smiles and bows to them once more before jogging back to Shennako.

After making doubly sure Shennako wanted his mark over his right eye and face, Arcadia gently placed the stamp there. The little mage sat up n the table edge to reach if need be. She traced a circle of runes along the edge, and the magic circle lit up beneath, leaving behind the guild's marking in a brown outline of a brand new intern. She smiled as she lowered the stamp. "Welcome to Fairy Tail! Officially I mean."

The young mage stood up as she walked over to the counter as she placed the paper on the table, as she was walking over shennako noticed that she had the fairy tail stamp in her hand. He had a small smile cross his face knowing that he was now officially in the fairy tail guild the same guild that he had been dreaming of joining since he was just a little lad.

" I'm good but thanks, i guess the next thing I need to do is try and find a suitable job that fits my skills."

With that said shennako stood up as he walked over to the job bored as he was scrolling it over.