A lion joins the wolves. 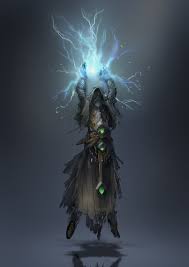 A lion joins the wolves.

Shwoooooo. The wind was cold as ice and felt as though it was stripping the flesh from those who would dare step into it as though mother nature decided to show her dominance to the mortals of the world. Within this world of ice and snow a single silhouette trudged along without any cares, the wind parting around him ever so slightly. The storm winds gently sliding along this figures body as though greeting its lover.

This lone figure looked up to the mountain peak in the distance his face hard to see because of the storm showed a young man in his early twenties with a straight jawline and eyes that seems to radiate power and confidence. His body covered in a mixture of semi tight clothes and armor seemed to completely disregard the power of the storm around him however if one looked closely they would notice him shivering from the cold. His almost waist length black and purple hair that resembled a lion's mane constantly blowing in the wind. This man's name is Ashura Corvo and he was braving this storm on this mountain as he had information that a guild was in these mountains and that he should be able to fit in here.

Ashura tends to not get along with people and loves fighting and violence however he still has morals and does not simply attack innocents. This still caused him to get into some trouble and his late father had told him he would need to be with others if he wanted to be truly strong. Ashura simply couldn't understand this at the time he was told since his father was always a lone warrior just like he himself became and in his mind he had always been the strongest.

Awooooooooo..... A sudden wolf howl broke Ashura from his thoughts as he whipped his head around to stare into the distance and he saw a great blue brilliance. Squinting his eyes he was able to make out the shape of a majestic wolf staring down at him as though a god on its throne sending a greater shiver down Ashura's spine then even the storm around him A wolf? I must be getting close then. He sighed thinking about how long it took to get to this place when a continuous chain of howls broke his concentration. Looking around he noticed it definitely wasn't just one wolf but what seemed like a giant pack. Tens of bright glowing wolves stepped out into the open and showed themselves. Although they were all staring at him with eyes that seemed to be able to look directly into his soul giving him a sensation he has never felt before however he felt no malice from these stares and for a second actually thought he saw a glint of concern.

At this point Ashura wasn't even sure what was going on when the first wolf he saw let out another quick howl and swung its head to the side while looking at him and slowly turned around and walked a few steps before looking back at him again. You want me to follow? Ashura asked the wolf looking at him and it actually nodded its head and waited for him to catch up before continuing on, keeping a minimum distance of five meters from him while deploying a near invisible surge of energy that made the storm he had to previously make his way through grow increasingly docile. After following the wolves for nearly an hour when he could finally see the silhouette of a building in the distance before looking back to the wolves when he suddenly found out they were nowhere to be seen as if they vanished into thin air. Dumbstruck he turned towards the mountains and bowed slowly. Thank you for your help. He spoke low as if talking to himself before turning back and heading towards the building a short distance away and stopping before the great door. Lifting his hand Ashura took a deep breath and knocked powerfully against the door while wondering just how this will turn out.
Leona Jarnefeldt

Wearing a white t-shirt and desert camouflage shorts, Leona was meandering in the guild hall and lamenting the lack of diversity in her wardrobe. T-shirts and shorts were good for warm climates but ill-suited for cold ones. She really needed some long pants. She also needed some new shirts. Maybe a new backpack too, one with more space and even a hydration bladder so that carrying a canteen would be redundant.

Leona's primary concern was purchasing a new weapon. The knife her brother forged was a good backup weapon with uses outside of battle, but it alone would not be enough against some of the threats she was sure to run into on future jobs. The Blade of the Goddess was even better, but it too had its limitations. It was a divine weapon of considerable strength, but it could only be called upon at night. Leona needed a weapon that could be used at any time of day.

She was wondering where to find a good weapon to buy when she heard powerful knocking on the door. Who could it be? Was it Dr. Anna? She doubted it. The doctor was too busy with her maps and papers to walk all the way to Silver Wolf guild hall... if she even knew where it was.

Leona opened the doors and found a man standing outside. He had a scarred face and wild black hair with dark purple highlights that bore a curious resemblance to a lion's mane. He also wore an interesting suit of armor that had several different design influences. Leona was intrigued by him. He must be interested in joining the guild.

"Hi there. I'm Leona Jarnefeldt!" Leona introduced herself to the newcomer. She then realized that she was holding the door open. As if to call attention to that issue, a few snowflakes drifted onto the floor in front of her.

Ashura stood in the doorway waiting for someone to answer when it suddenly opened. Looking down slightly at the blonde girl who stood in front of him. Uhh hi there, I'm Ashura... He said in a slightly awkward and shaky tone while sneaking a glance at the girl who called herself Leona. Damn the first person I meet is already stronger than me. Ashura muttered to himself as his fighting spirit started to surface. Ashura licked his lips slightly and grinned widely at this. Very well, thank you. He said to Leona as he stepped through the door and opened his eyes wide at the view he was given. Bigger than I thought. Ashura thought to himself as he looked around and wondered what would come next.
Leona Jarnefeldt

"I take it you're here to join the guild?" Leona asked. Considering that he had traveled this far, he did not come here to pay a social call. Of course he was here to join Silver Wolf. It was not the first time she had asked a dumb question. It would certainly not be the last.

"The guild master should be in her office. Her name's Leila Vergious. If you have any questions about the guild, she's the one to ask." Leona said to the stranger. She could tell that he was sizing her up. It was only natural for mages to do that. He probably wanted to know whether he was joining a strong guild or a weak one. In a way she could understand the need for that kind of information.

"I'm fairly new to the guild, but I can show you the way to her office if you want." Leona offered.
« View previous topic · View next topic »