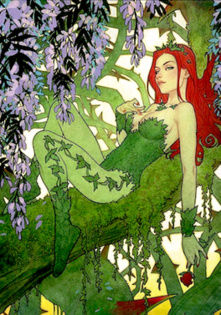 Mari was never good with people and she always hated her fake friends, that her mother and father have chosen for her, but among them was one girl she really liked and her name was Natalia. Natalia was the youngest daughter of rich trader that worked for the King. Only being 14, she still enjoyed the beauty of fine clothes and the dances, both things Mari hated. Other than being from the same class Natalia and Mari had nothing in common but Mari really did enjoy Natalia's company, so when Natalia came to Mari asking for help Mari was quick to answer positively. Natalia had met a boy, also a child of one of King's traders. He lived in Rose Garden, and Natalia had never gone on a date, so she needed Mari to accompany her and help her out, to make it a double date. Mari being the girl she is called the only guy she could tolerate that was also the guy she liked, the dark mage of Savage Skull, Smrt.

Re: Double Date / JOB / The Lovers

Smrt never thought that he would like another, and he did not since the supposed death of his childhood friends. But Mari... Mari was something else. She made him feel challenged. Her fiery hair, her green eyes, they danced in his brain, taking his sleep torturing his soul. She gave him wild thoughts. She had him in her palm, even though at this point none of them knew it. His heart told him he will regret it for the rest of his life, and his brain told him to get loose for once in his life.
At first, Smrt was reluctant to go on a date with Mari, but he still dresses into the suit he stole for his interview with Mr. Left Swain. He wanted to look presentable.
The sun was shiny and being in a wool suit proved to be a bad decision. He came to the restaurant, on the hour, but when he entered there was no one inside, so he went outside to wait while slowly cooking in the sun.