A Monster, Two Kids, And Some Puppies 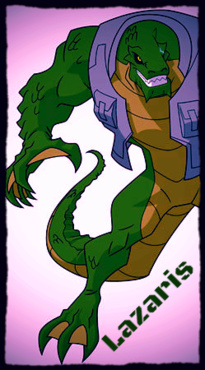 A Monster, Two Kids, And Some Puppies

They made quite an odd sight. The little girl with a green bow in her hair and a white hoodie wasn’t, mostly in a family friendly place like Mongolia Town, but her companion on the other hand... He definitely stood out with his long ragged brown cloak that covered most of his body, though not the hint of bugling muscles underneath. He also wore what looked to be oven mitts an old lady obsessed with pink would wear over his own hands. On his legs were what appeared to be bright blue harem pants that covered his lower body’s true form, and on his feet were long comical red and white clown shoes. To finish the odd ensemble was a cold mask covering what little his cloaks hood didn’t cover. There seemed to be an odd bulge near his rear-end as well.

The weirdest thing about the already odd duo was that the little girl seemed to be comforting the 7-foot being as they sat on the edge of a sidewalk because the large man seemed to be sobbing his eyes out. “Awww don’t take it too hard Laz, I’m sure it was scared, we’ll catch it next time…” The girl attempted to cheer her companion up but woefully missed the point of why he was upset “Sad… c-cause… it think…I… s-sc-scary, whahahaha!” The large being sobs away, making his speech impairment worse because of it. The girl continued to coo and comfort her friend even as she grimaced at the snot leaking out from under the mask and looked around from something she could use as ,  napkin. Unfortunately the park they were sitting in has very little of that unless the girl thought of using a leaf.