Taizen adjusted his fake glasses and his fake wolf ears. He greeted customers as they walked through the door and got shivers when he saw the lecherous looks that woman gave him from the front... and from behind. Ladies flirted with him and he just smiled towards them, he didn't think any of them were attractive, he just wanted to get this mission over with and get to Fairy Tail so he could finally apply. With that in mind, he'd greet the customers, get them to sit down, and then take their order. He noticed that there was another lady that was a waitress, that purple hair looked quite familiar. As he looked at her he'd get all the same information he did when he was on the plane with her. Taizen looked towards the ladies and bowed towards them before he took off in her general direction. He didn't think he'd met her in such a short time, but you know what they say, such a small world and all of that crap.

"Alex, good to see you so soon," He'd say to her as he approached her from behind. 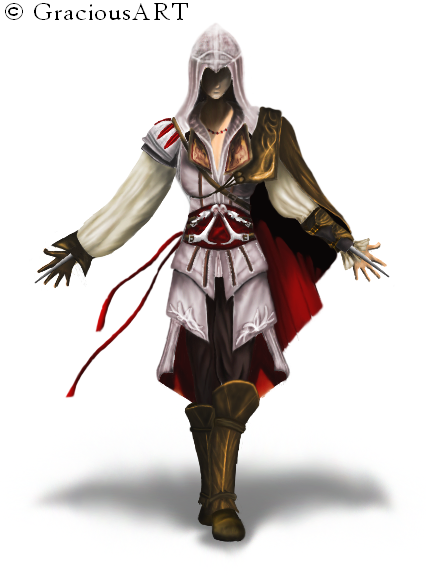 Taking this job was the strangest at the least that Alex had taken yet. He fought thieves, donated blood, and done things that were on the variety of the spectrum from weird to down right crazy, and this would definitely fit towards the "Weird" end, and would take the cake for which was the weirdest. Not only was this job requiring him to be a waiter... or rather, a waitress... as the strategist never thought he'd be, but it also required him to dress up as someone or something. Interesting to say the least, Alex took the job. Interesting not only described the job, but the work area considering this was the most interesting crowd he'd ever been around. As soon as the supposed woman wearing his natural purple and black coat walked into the cafe, he received looks from everyone, including the manager whom employed him.

Guided to the back room where he entered the men's changing room (Not to anyone's complaint), Alex changed into the most masculine of the female outfits, considering he was forced to wear women's clothing despite being a male at heart. This outfit was an outfit that suited an Assassin, the white shirt, jacket with the hood, and the black pants were complimented nicely with the brown boots and splashes of red around the outfit. The outfit even came with two wrist pieces that had hidden blades in them, which were fake... obviously. Wanting to assure this was true, Alex did a test and put the edge of the blade to his arm, and slid it. No skin broke, so it was clear the blade was fake. Sighing in relief, the mage then stepped out of the changing room, and began waiting customers.

After grabbing the first coffee to give to someone at a table, Alex heard his name called. Turning around, he saw the quite attractive man that he bumped into the other day, remembering because of how he asked for Alex's information on that day with the passports. Giving a drowsy wave, the sleeping mage stepped forward with the coffee still in hand, and began to speak.

Taizen raised an eyebrow, what did Alex mean? Couldn't everyone tell people's information by just looking at them? Well, that was awkward that he thought everyone could just know about each other through eye contact his whole life.

"Ever since I was a little I've been able to glance at someone and I could know everything about them. It has sort of a cooldown between uses, so I don't go all willy-nilly or my head explodes or something," A tailed waitress in a skimpy outfit walked by with coffee. She winked at Taizen and the male just smiled at her, he didn't want to be rude. "It's weird seeing you again, eh? It's kind of hard not to notice you though with that gorgeous purple hair you have. It's really magnificent, I haven't seen anything else like it." Taizen said as he gently brought his hand up and stroked a strand of purple hair that had fallen out of Alex's hood. He couldn't tell if this was socially acceptable at all, but he liked the texture and softness that her hair carried.

Taizen remembered, he had a job to do, "We can speak with each other as we work, I've got to go deliver this order to the front and then bring back a plate of lattes to the nice ladies over there. It seems that they're the rich type." The boy continued to walk. It was nice seeing Alex here, it was the only person he was familiar with as of right now, it was good to have friends in a place you didn't know anything about. He placed the slip of paper there and then grabbed a tray that carried four mugs of coffee. The cat waiter gently walked, so not to spill the coffee, towards the table with the nice ladies. "A drink for the nice ladies patiently waiting," Taizen said with a smile and a wink. The girls giggled. "How about a tip cutie?" She reached into her purse and pulled out 10 Jewels. The boy smiled and bowed, "Thank you so much, miss." He reached to grab it, but she 'dropped' it on the floor.

She giggled once again, "Oops, sorry. The lack of coffee might be getting too me. Would you mind picking that up?" Taizen shivered at the tone of voice. He didn't want to be groped, he was too innocent! Oh well, he was trying to get money anyways, it would be stupid if he didn't get the jewels before someone else does. He bent down and picked up the jewels one by one. He jumped in the air as he felt someone grasp his butt firmly and squeeze it. "Sorry! Slip of my hand I guess..." All of her friends, including her, giggled. Taizen chuckled weakly and put the tip away. This was going to be a long day...

He could tell someone's information at a glance!? That was something the strategist couldn't comprehend, as he seemed to be genuine when he said that he thought everyone had that ability. However, that made no sense. Someone can't just look at someone and know their name, age, or whatever it was that this man apparently knew... could they? No! Of course not! Alex didn't know anything about this person, so the fact that he knew anything about Alex made it seem even stranger that he could come up with such an excuse. Or was he being serious? Maybe this person literally did have such an uncanny ability like that.

"Oh really? What country was I born in?"

The test ensued. No one could know where he grew up, could they? Finally taking the coffee to the table it was supposed to go to, Alex was soon dragged over by someone that he didn't know before he could get his answer from the mysterious man that could tell anyone's info at a glance. This person had a friend with a camera, and then began frantically asking Alex for a picture with him. He couldn't have been anymore than 15 years old... he must have really enjoyed Alex's cosplay.

Hm? Apparently, Alex didn't believe Taizen. It was to be expected, he was surprised that Alex hadn't questioned him about his unnatural understanding of her flopping on him and then throwing that away like it was nothing? The man chuckled, "I can answer that question-" Then a fifteen-year-old boy snatched him away. The ladies over to the right of the cafe called for him and he sighed. After the perverse woman groped him and gave him more money, a huge check of 90 jewels as they touched him in some places he dares not mention. Taizen came back with a huge blush, but Alex was back as well. "Like I was saying, you were born in Midi," All of a sudden he clutched his head and stumbled a bit.

"Ah, sorry, when I learn a lot about someone twice it kinda hurts," Taizen nodded towards Alex, "I think I'm done with the shift. It was nice seeing you again, maybe we can do missions again some other time?" With that, he turned in his costume and walked out with a huge blush still on his face. His cheeks, both pairs, hurt.