Jozuma was back in Magnolia Town for another job. The client wouldn't disclose his name or reveal just what he was being asked to do until he met him in person but it was assured that the job would be a relatively simple on and the reward would be a good one. All the information Jozuma had to go on was directions to the client's home. Magnolia was a big place and finding a specific hous was difficult even with instructions. "Okay... let's see here a left and then... jeez this place is a maze." "Found him yet." "You know the answer to that stop asking it." "Ha." Jozuma turned the corner and after a bit more walking eventually found the home of his client. It exterior looked made it look like it hadn't been maintained in a while. knock knock "Wait a moment, I'm coming down." The door opened and a thin man wearing glasses appeared, he took a moment to examine Jozuma and spoke. "You're the guild wizard right?" "That's me, I'm here for the job briefing." The man had a slightly nervous tone in his voice. "Ah... yes my name is H-Holton I-I need you to deliver this letter." "A letter?" "Yes, it's for an old friend of mine coming into town today, andalsothebiggestsingerinFiore. Her name is Miko, I can't deliver this letter myself so can you deliver it for me please." Jozuma was a little puzzled at the odd request. "Is that it! this guys is a wuss." Jozuma wanted to argue with Calcifer but as a man of action himself he had to agree with him on this one. "A letter, an odd request but not the weirdest I've had, I'm already here so consider it done." Holton handed Jozuma the letter. "Thank you so much." Holton went back inside his home and Jozuma left the house after they got far enough he and Calcifer stated the blatantly obviouse. "It's a love letter." "It's totally a love letter." Jozuma then went on short investigation to figure out where hec ould find this Miko. He came across a poster that advertised a concert she was having tonight at the great tree. Jozuma napped at a nearby building until nightfall when the sounds of people gathering woke him up. "Concert time I guess?" Jozuma scanned the room and noticed a cute young girl with short bright blue hair "And there's our pop singer, we should probably wait for a break and try to catch her backstage." Jozuma walked towards the concert area, he didn't want to pay for a ticket so he blinked past the the ticket booth in the concert area. The concert began and the music was pretty nice, there was i gigantic crowd of people jumping around. As the first intermission started to draw near so Jozuma made his move he slowly pushed his way through the crowd before getting into view to the security. "Nice time to test out that new spell of yours." "Yep, Particle Dispersal." Jozuma turned invisible and walked past the security and then through the door of Mikos room appearing behind her. "Delivery." "Eek!" Miko was very startled and Jozuma realized that he looked unbelievably suspicous right now. "It's alright calm down, I have a letter from a friend of yours." "A firend, who?" "Umm.. a guy named Holton." "Holton!" she snatched the letter and started reading it. A smile came across her face. "Oh Holton, why didn't he come to see me himself?" "I don't know, why don't you ask him." After the concert ended he returned to Holton's house with Miko. He had her hide in a bush as he knocked on the door. Holton opened door. "Delivery done." "Thank you so much uh heres your reward it should be more than enough to compensate for your time." Jozuma took the jewels. "No problem, also." Miko appeared from the bush. "HOLTON!" She gave him a big hug as Jozuma took his leave. "You sly dog you." "What can I say, I hate wondering what if." Jozuma took some time to enjoy Magnolia some more before finally going home.
---------------------
691 words
_____________________________________________________________________________________ 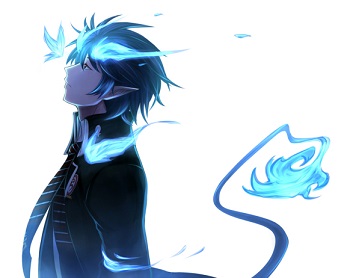