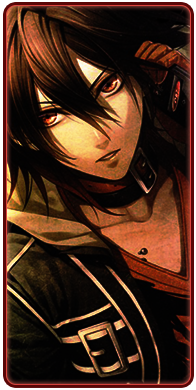 Job info:
Job Title: Wine Testing
Rank: D Rank
Player Requirements: Any Rank
Job Requirements: 500 words per player, +200 words per player beyond the first
Job Location: Rose Garden
Job Description: The owner of a high class restaurant in Rose Garden has finally finished a batch of his home made wine. However, before he serves it to customers, he wants someone to taste it and tell him if it's the best in the world or not.

Wine tasting, now this was different than anything before. How did this even really get considered as a job for mages? Wouldn't a professional wine taster be better? Though, Elijah most likely knew the answer, mages were cheaper, you could even pay them with food, which the pay for this job was. The next visit to the restaurant, was to be free, for everything. He could use that really easily, to score some points with mages from legal guilds, maybe even bring a girl here on a date. If there were to be no paycheck, the night could be made incredibly fancy, which seemed like a great idea to work towards.

Arriving at the luxurious doors of this incredibly elite restaurant, Elijah stepped in. Not a soul in sight, no patrons of the dining hall were here, not a single other customer. Thinking about it, he didn't even see a staff member working. Guess it really was going to be just him tasting this home brewed wine. Not that the man minded at all, maybe he could even get a bit tipsy from this, though just from wine, would make him a total lightweight. Something that his brothers would most likely use to torment him for centuries to come, if it was found out. Hopefully that wouldn't be the case, he could never live this down if it was.

Suddenly the door the cellar burst open and a man with a top hat and monocle ran out, claiming to be the owner of this fine establishment. Elijah hadn't expected for him to look so...generic for a rich guy, but he undoubtedly did. It made the man giggle in his head, but before he could get out a word, the monocled man dragged the young mage to the cellar, pushed him down onto a chair and rolled a food cart in front of him. All that was on there, were three glasses filled to the brim with wine. So these were the ones he was to taste, now, to put on his best rich person impression.

Taking the first of the three into his hand, Elijah let the aroma of the drink into his nose, the delicate smell intriguing him. The man had had a lot of wine before, but not one that smelled this strong. Taking a smaller sip, then another and one more, he placed down the glass and repeated the steps with the two others. All of them tasted a tiny bit different, the rich guy claiming they were aged in barrels made of different wood, giving them exquisite taste.

Exquisite was right, so Elijah stood up and looked at the man: ''I do say sir, the first one was glorious, market it was your best. The second needs a more refined taste to understand, but i'm sure your usual patrons will adore it. The third, the wood there may have been a bit rotten, as it has a very rough taste, some may like it, but be careful with it, it could not satisfy everyone.'' With that Elijah accepted the coupon for the free meal and left, towards a place to acquire a passport.