There was a loud yawn from the Storm mage as he wandered with a very lack of urgency towards the room he had purchased. There were only two things he wanted right now, a massive stack of pancakes piled as high as the eye could see, and a super comfy bed he could just pass out in and forget that anything else existed but whatever was in his messed up dreams. Practically kicking open the door and moving toward the bed. His bag would hit the floor with a small thump, before he'd fall face first into the sheets and immediatly pass out. Normally, he was a very loud snorer, but he didn't even feel the energy for that today. A long, very pointless, job hunt leading to a lack of dinner and what spare gems he had being spent on the room instead. Atleast it was a one bedroom, he didn't want to share with a noisy stranger... Not after that time in Hargeon... Never again. 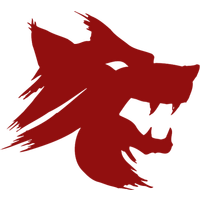 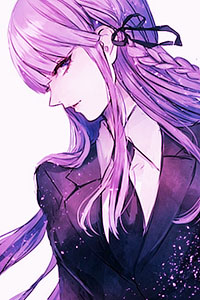 The setting sun cast the sky in lovely hues of red and orange, looking entirely too serene by half for one of Talonia's more interesting neighborhoods. Valerie skipped along at a leisurely pace, bounce in her step and a low tune under her breath as she made her way towards her destination. Her good cheer and carefree attitude that was rather odd to see in such a shady area got her more than a couple of odd looks.

The fact that she was currently dressed up as a giant orange was, however, more probable to being the reason for the strange glances and murmurs.

It had been quite a while since she'd worn this particular costume and she found that she had missed it terribly. She did so love oranges, after all. After a certain unmentionable incident involving a cabbage warehouse, a stolen airship, and pirates, she'd had to sadly put the costume away as it had gained a fair bit of notoriety. The girl had been anxiously awaiting the day when she could proudly wear it once again.

The sky had darkened and night had fallen by the time she managed to make her way to the inn. This suited her purposes just fine. Shooting a beatific smile at the startled innkeeper, the most insane lovable ReQuip mage sauntered towards the room she'd rented earlier in the day.

The door was cracked slightly open, for some reason.

Shrugging and deciding it must have been housekeeping, Valerie stepped inside and gently closed the door behind her. She had made her way halfway across the room before she noticed the figure sleeping in the bed - her bed - and stopped in her tracks. For a moment or two, she was tempted to start reenacting the Red Riding Hood fairy tale. Then she contemplated ventilating his head. There were a few holes with that plan, however. Mainly the part where her bed would then be covered with blood and the innkeeper would probably kick her out if she asked for clean sheets.

Valerie drew herself up to her intimidating full height - all five feet two inches of her - and marched over to the bed. Standing within arm's reach, she looked down at him and glared at his sleeping face.

"Who are you and why are you sleeping in my bed? What sort of a cruel person does that, just taking over another's bed?"

The dream was so perfect. He dreapt that he was fighting a massive treant that every time he hurt it fruit fell from it, and he got to eat a lot. The more he hurt it the bigger the fruit. He was eating so much, and there was probably a risk of a massive drool spot in the bed now from how hungry he was going to be. As he went to bite the next fruit, it began to talk. Words he couldn't make out but he could totally tell the thing was trying to talk to him. Fruit didn't talk..

In all of her nineteen years, Valerie had woken up more than a few people and had gotten all sorts of reactions. Though most of it was just variations of surprise and screaming. Still, one would think that she would have had seen all there was to see concerning this particular matter. Surely there was nothing that could surprise her at this point.

She was proven very wrong by this unknown, sleeping mage.

The first thing this man did was to sleepily lean forward and bite her precious orange costume. Vale was stunned for three whole seconds, staring in disbelief at this completely unwarranted attack upon her person. Thankfully, she wasn't hurt as the costume had enough stuffing to give it a round shape. She recovered quickly, though, and ReQuipped a gun. She had given this a lot of thought and even though she had an extremely strong urge to kill the guy, she didn't want blood stained sheets or to deal with the annoyances of getting rid of the body just then. She did have plans, after all.

And so, the gun she was currently pointing at his face wouldn't actually do enough damage to kill him, even if it looked like it could, for all intents and purposes. She fired it once, aiming it so that the bullet would fly past his left ear and embed itself into the headboard.

"What are you doing, sleeping in my room?"

"Weirdo." Added the girl currently dressed as an orange and holding a gun on him.

The gunshot woke the mage up in an instant, him coming to his senses and his first action was to bring out his claws, his wrists and hands coating in cerulean scales as his nails extrended down into pointed claw tips. As far as he was concerned he was just attacked, until she spoke up again about him being in her room. He grinned a moment, speaking rather bluntly.

"I told you, this is my room. You have to be mistaken, miss. Though I'll ask you not fire a gun at me again. It causes one hell of an annoying sound." One of his mitts reaching up to cup his ear, trying to silence the ringing sensation. He may have went deaf, and he hoped not because last time he was deaf he ran straight into people non-... Actually this may be alright. Any excuse to trip over beautiful people.

Cerulean scales that looked serpentine in nature ran down the intruder's wrists and hands, ending his fingers in clawed points, seemingly a reflexive action to her gunshot. Valerie blinked in surprise and drew her lilac brows into a frown. This guy was a mage?

"That can't be right. I paid for this room in advance yesterday."

Either this man was lying, or the people who owned the place had made a mistake in the room assignments. She couldn't very well shoot him if that was the case, much as she would have liked to do so.

"You bit me! You're lucky I didn't shoot you in the head."

The girl was still miffed at having her precious costume bitten. And he had drooled on the pillow. Her pillow.