Play this before you start reading.

Fingers struck the keys of the Magnolia Café's piano as Brennan played. It was a part-time job he had acquired, he was apparently some sort of piano-playing prodigy. Who knew? He'd just shown up one day and had been told the Café was hiring. He'd asked what kind of job, and he'd been told he just had to play the piano for a few hours. It was enjoyable, just having his fingers moving deftly across the grand piano for hours on end. At first he'd tried to play with his metallic gloves on, it did not work too well at all. So he'd tried playing without his gloves, and he'd apparently been amazing. At first it was weird though, it had been years since Brennan had removed the gloves, he hadn't removed them since Ren had given the Gloves of the Sun to him all those years ago. Brennan let out a huge sigh as he played, ignoring the cramps spreading across his fingers. At first, he'd assumed they'd been from playing the piano but the cramps quickly spread through his entire body, filling him with agonizing pain.

Re: A Thread Featuring Aizen and Brennan [Private/Aizenagi] 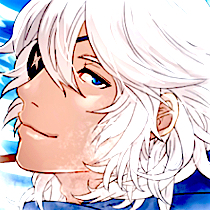 With your lust and your Greed weighing Down...
It was a late morning, and the relaxed and happy-go-lucky young man, Aizenagi, was gazing at the feasting customers leaning against the wall behind the counter, arms crossed and back against the wall. He had been in his usual work attire, a long-sleeved white shirt with a buttoned black vest, long black pants and a white apron wrapped around his waist. - Recently, Mr. Ivory, or the boss, had recently accepted a new worker into the Ivory Café for live entertainment. Just moments ago, the brunette co-worker had been stroking the keys ever sent vigorously all morning with a rather unpleasant taste in his mouth. He seemed distressed, and after his piece was over, hurried to the men's restroom to freshen up. Not everything in the Café had been cleaned yet. - There were still a load of dishes to wash and tables to scrub. There was no time to go 'freshen up'. Aizenagi dipped his head with shut eyes and smirked with a chuckle to the side. "Damn weakling, taking a break so soon."

With that, Aizenagi unfolded his arms and let them fall to his side and proceeded to the restroom. The door creaked open and glided across the ground as he entered, only to find the young brunette curled up in a corner of an open stall. He smiled warmly, looking down to him with his ocean blue eyes, speckled with other hues of a blue sky. His messy silvery-white locks covering the black eyepatch of his scratched out optic. He chuckled and walked into the stall, leaning against the wall with arms crossed. "Oo, don't look too good there, bud. - Listen, I know you're just working the piano'n all but there you could lift another finger for this place for the sake of it. I'm sure as hell not gonna work my ass off while you're in here moaning and groaning over a stomach ache." He spoke jokingly, but with some demands behind it.
_____________________________________________________________________________________