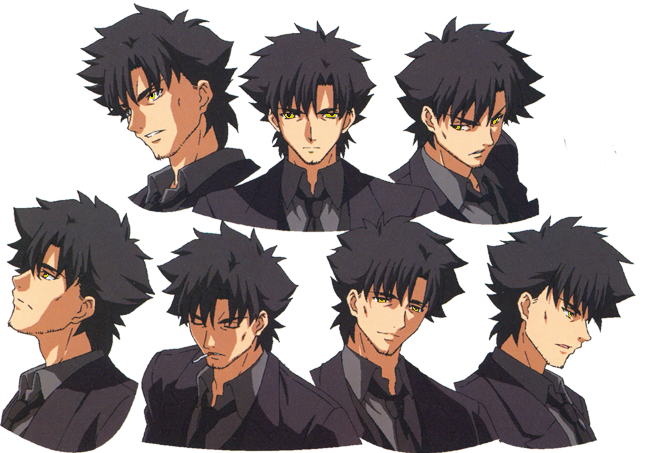 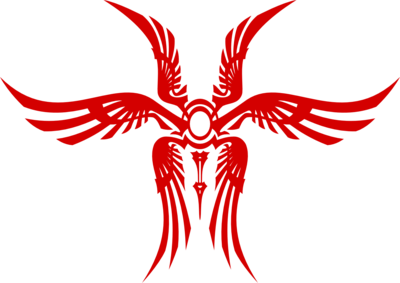 Has this tattoo located on his left and right hands. It will
shine when he is entering heavy combat, or talking with
his summons (registered with magic).

Personality:
Originally one of the strongest angels in what humans call 'heaven' Azurius is a rather kind man. He knows very little hatred towards others, and believes that all creation, not just humans, are equal. As a creation himself, he believes in freedom and has minor complications understanding 'pets' as to him he views it as keeping a living creature prisoner long enough for it to begin liking you. Out of combat, Azurius enjoys blasting through books with no particular caring for genre. He studies children at the playgrounds, adults at the markets, and any other place you can find humans. He enjoys sleeping, eating, playing music, toying with magic stuff, and practicing his magic (registered in magic section) when not researching humans. Azurius isn't a very temperamental person, and doesn't flaunt his angelic origins about. He normally walks with his wings tucked away, and unable to be view by anyone. In order to anger Azurius, a person would have to be pushing his buttons for an extremely long time, or would have to be Niyol. Azurius's hatred towards Niyol is that the two of them are natural enemies. Since Niyol is the physical manifestation of Death, and Azurius is the physical manifestation of Life; he would normally attack Niyol on sight. However, after a bit of time to let natural instinct wear off, Azurius would resume his naturally calm nature. Azurius normally wears a small smile on his face, and tends to try to keep the peace between groups of people. He's highly opposed to killing, so much so that the only time he would kill someone or something is if it was absolutely necessary. Possibly the best thing Azurius has going for him is that he can change the colors of each feather on his wings, which can be used to keep some people entertained. This accompanied with being one of the only full blown Angels with free will, Azurius is a huge liability for 'heaven.'

In combat, Azurius shows his true nature as an angel. He fights using carefully times attacks, coordinating with his summons (registered in magic) in order to attack opponents from multiple angles. He normally uses a pair of lever action shotguns (registered in weapons) when fighting, but when a situation gets dire, he will call for his blades (also registered in weapons) to fight much closer. When placed in a leadership position, Azurius holds no issues in assuming the role. As all angels are highly intelligent, he is able to examine the situation from all angles and formulate the best and worst plans for a situation. He holds no complaints in hearing the ideas of his team, and will more often than not ask for them before presenting his own. While he would happily accept being the leader, he would never force his way into it. Azurius, being more of a 'go with the flow' kind of person, would have no problems letting someone of lesser power, or lesser mind take the lead. If a point came where it was realized that person was a bad leader, and he was offered the position he would then accept it.

Likes:
✫ Azurius was chosen to examine the humans as he possessed the most fascination with them.
✫ Among all the humans Azurius enjoys watching, children are at the top. In such short time, they grow, learn, and change so much. They exhibit the greatest range of emotion, and seldom are boring to be around.
✫ Azurius enjoys making allies, comrades, and friends alike. "Together we aspire, together we achieve." is his favorite quote.

Dislikes:
✫ To say "Demons/Devils" would be far too broad. He holds no hatred of them, despite being natural enemies, his hatred is towards the devils and demons who refuse to form temporary alliances just because he's an angel.
✫ Some humans aren't human at all... they look like it, but once you peel back the skin and get in their mind, you find them to be the scum of the world. These people, Azurius will purify, or purge them if they refuse.
✫ Niyol is a man who Azurius can feel the touch of death in. This one man... Azurius will annihilate in hopes of restoring the balance which he has put off.
✫ People trying to touch his Celestial Keys normally results in the loss of a hand, if not a few fingers from that person.
✫ Azurius detests killing, and will often times resort to methods that are less extreme. However, he will kill if he's given no other alternatives.

Motivations:
✫ Azurius wishes to learn all he can about the humans of this world.
✫ He wishes to have a child of his own, one which may remain with the humans, and have the power of the angels. A bridge between the two worlds that can enjoy life, and then die when his time comes.
✫ Azurius will protect all humans, good or evil, unless the evil humans pose a danger, then he will abandon them.

Fears:
✫ Niyol is a man who's entire existence is the opposite of Azurius's... to clash with such a person would put Azurius at the greatest risk of death. At the same time, Azurius may be the only one who could kill him.
✫ Losing his keys would be the same as losing multiple lives all at once. Azurius would be frantic if he were to lose them.
✫ Azurius knows he is an immense power himself. Like Niyol, Azurius is a force of nature, and as such, he must always keep him self in check. 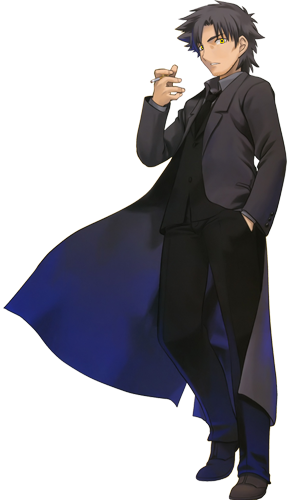 
Tattoo:
Located on his knuckles.
The stars twinkle, and the shooting stars actually move
when Azurius Tade begins pushing his limits too far. 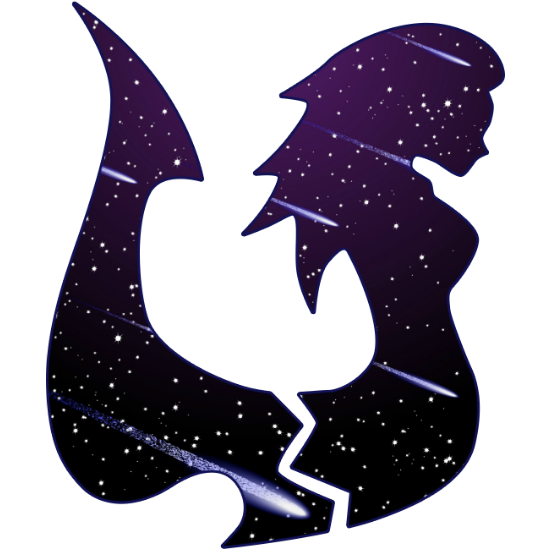