~Credits to JaffaArchfiend for the job creation.

Lamya held a job up to her face. She had wanted to go on this job before, but was unable to as people never showed up at the destination to go through with the job. Hanging her head with a sigh the celestial mage rolled up the job request before stuffing it in her pocket. She might as well do it on her own if no one was going to do it with her. Making her way over to the place where she would sign up for the job Lamya could only feel disappointment and loneliness, she hadn't made any friends since she had joined the guild and when she thought that she had they and gone and left her.

With her purple hair now a curtain for her eyes the celestial mage pulled the request out so that she would be allowed to go on the job. She wished that someone would go with her. She knew that it would be better with other people. 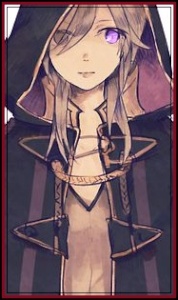 Perhaps, it's better relics be left to the sands of time,

rather than be dragged along as a memory


While he personally thought it was unfair, it was probably accurate to say Alexander had been stalking the new member. Always at least a hallway away, he had been trying to gather any information he could on the guildmate. Yet, everything he saw seemed out of place. She projected nothing but friendliness and innocence; completely out of place in the guild. There was more to the girl, he was convinced. Living behind a mask himself, he couldn't shake the feeling he was looking into a mirror. With each observation, his curiosity grew, to the point where observations mattered no longer. He'd have to get close to her now, and get more through in research.

Person to person interaction was always a struggle for him. There was always the slight fear that someone would catch onto his intentions. Not because he doubted his abilities, but because he feared others. There was always a chance they were stronger than he estimated; that they had skills he hadn't anticipated, a way to see through him. Still, he'd risk it. Breaking free of his usual hallway length tracking, he approached the girl. A gentle smile and a polite tap on the shoulder, he bowed slightly. "Pardon the intrusion, but it looks like you are taking a job. Would that require any help?" So far, they hadn't interacted at all. He wondered if she had even seen him before. He watched for her reaction, looking for something to hint what she knew. 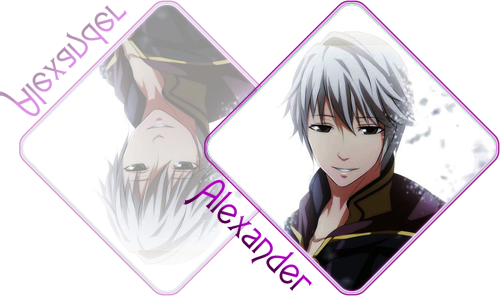 Perhaps, it's better relics be left to the sands of time,
rather than be dragged along as a memory

Alexander didn't flinch when she went for her keys. Rather, it was as he expected. She never looked truly comfortable here yet, and who could blame her? So far, she had no reason to feel comfortable here. She was a single girl in the massive crumbling ruins. Still, the fact that she chose fight over flight meant something. She had confidence in her skills. That's good. It also confirmed some of his ideas. Softening his expression a hand extended out to her. "Pardon the scare. It was rude of me to be so direct. Please, forgive me."

She was forcing the smile. He could see through it so easily. To him, who had worn masked expressions since before she was even conceived, she stood no chance at hiding it. So she was either still on edge, or something was bothering her. He'd had to dig into that more. He extended a hand, showing her what a real fake expression looked like, though not like she would notice. "I didn't even introduce myself. My name is Alexander, a simple vagrant of these halls. May I ask who does me the honor of tolerating my presence?" His words were thick with his accent, struggles with pronunciation clear. He learned it from his studies, thus possessing a strange vocabulary as well. Moving around her, he examined the job carefully. "And what, pray tell, is this job for? I just hope I'm qualified for it. I fear I don't possess many skills."

Perhaps, it's better relics be left to the sands of time,
rather than be dragged along as a memory

Alexander hummed softly. The introduction was successful, at least. So far she seemed to trust him, or at least find some use for him. Either of the two was more than enough for himself. Now he simply had to follow through. She seemed confused, crossed between genuine happiness, nerves and distrust. Obvious reactions really. He took the sheet carefully, examining quickly before returning it. If he was honest, most of the general job went over his head. Terms and phrases he had not come upon in his research. He would not admit this however. "That seems like a simple, enjoyable job. I'd be more than happy to accompany you."

Serving was a skill of Alexanders. He'd been working beneath someone for all his life, and doubted there'd be any trouble in the new job. While not more familiar with the changes throughout time, he doubted much had changed in the way of a servant. A soft smile as he moved towards the door, preparing to begin the journey. "I look forward to this, I think it'll be a pleasant way to become acquainted." This should be simple. Displaying his obedience, gaining the trust of Lamya, and becoming more familiar with modern life. Accomplished all at once, this looked to be a good day for Alexander.