Another fine day for Thieving

Another fine day for Thieving

Feitan sighed as he wandered through Oak town. He had no idea why he was even here, and he truly didn't care. As of now he was simply relaxing. He couldn't exactly work when no one was hiring him. He did try his best to put his name, and the name of Laughing Coffin out there in the world, and he had been doing a decent job of it. Still he wasn't able to get a decent job for quite some time. He was rather bored and boredom was usually the worst thing for Feitan. When he was bored he tended to get rather annoyed, and that would truly be undesirable for everyone.

After a few minutes of walking about the historical Oak Town. It was a very historic town and there were plenty buildings who would be able to attest to that fact. Of course this wasn't why Feitan was here. In fact he had no real reason to be here. He was simply fading through the world once again on his endless quest for money and something worth his time. He had finally had enough of walking about he had truly explored all he cared to of the town and so now he sat in a public park resting as he looked into a small pond. He shrugged his shoulders as he looked into the pond gently tapping the mirror surface with one finger "Calling the Netherworld. This is Feitan Kazeshini I'm calling to speak to the great Tyrant Valvatorez." the pond began to shimmer with a soft purple glow, but sadly Feitan was the only one who could see anything. Well that was only partly true only magi could actually see what he was doing and could see the image that slowly began to form from the water's surface. 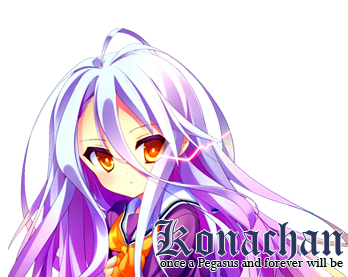 A girl in a purple tank top and a leggings, complemented by a pair of mesh floral lace up sneakers. The colorful long hair whipped back and forth as the soft breeze skimmed her. The girl strolled along the busy street of the old buildings and bustling people walking by. Oak Town was no longer interesting to her, she had done much of the jobs and obtained the amount of jewels she needed and she was ready to step up to another town. The girl sighed as she counted the days, she had been far long in this town and she really needed to return to her guild and formally introduced herself to her guild master. She had no idea what was hindering her to go.

She stood in front of the park, she tilted her head as she wandered how she ended up here. Through her whole visit at the Oak Town, she had never gotten to the park, she decided to enter since she arrived already. The girl walked inside and found that not many people are in it. She was back in her own world,, she did not notice the surroundings, her legs were taking an adventure of their own but she was snapped back to reality when the little kids bumped into her as they were playing. The young boy fell down and scratched his palms, before the girl could help, the kids ran away, laughing without a care in the world. A small smile grace her lips as she found them laughing and playing around, she never had such nice childhood when she played around. She envy them in a way.

The girl, then noticed a male nearby pond, doing some kind of tapping and the girl did not pay much attention as she realized it was not really her business. Nevertheless, she walked towards the pond, unaware of the male's actions. The target was the huge oak tree nearby the pond that she would like rest upon after her strolling today.

Feitan looked at the water and at the image that was slowly forming up in the water. While other magi could see the image that was formed only other Demon Soul, and Demon Slayer magi could hear or speak to the apparition that was formed. The figure was that of a tall handsome looking demon. He was wearing a thick cloak that wrapped around his entire body and left only his head out. He looked down at Feitan with a frown "What is it Feitan?"

The mage looked up at the Tyrant and frowned slowly rising to his feet "I need to stop eating these damned sardines." he said a bit too loudly. He was perfectly audible to those around him, and he wasn't to caring about it after all.

The Tyrant rolled his eyes as he shook his head "No. It is not going to happen. Sardines are full of nutrients and powers that help you keep your stamina up, and allows for the growth of my magic, and yours. You will continue to eat them when you want to use my power. That is not going to change. So learn to live with it."

As the girl rest under the oak tree, the gigantic tree gave her a shade she wanted and it was a perfect moment until a man she realized later, whom was near the pond asked her a random question which make the girl quite irritated. It was quite a non-sense question according to the girl. Eating sardines give you power? However, she decided to calm her temper since she promised herself to not cause problem in the stranger town.

"I suppose it depends on the priority," the girl told him as logically as she could and then decided to elaborate since it seemed the man did not mean to mock her and was sincerely asking her, "Power is more important than a mere dislike, no?" The girl answered with another question since it was her thought honestly. The girl would not mind a mere dislike, she would swallow the thought of her dislike for food if it meant her gaining more power but in this case, the girl had no problem as such. Nevertheless, she still have the thought that it was quite an illogical thing.¬¬¬

The girl then closed her eyes again and she got herself comfortable again, thinking that the man had gotten the answer he wanted and would leave, letting her get the peace of quietness. The girl thought of what she might need to prepare for her trip back to the hometown.

Feitan huffed softly as he then sat down under the oak tree as well. He always hated it when people were right and he was being foolish. It wasn't like him, but he so hated sardines and he so hated the Tyrant he had to forcibly bend knee to in order to obtain his power. Every time he talked to the demon Tyrant his personality was lost and he became quite a different person. Still Feitan couldn't refuse one of the nobles of the netherworld. He groaned as he smashed his head against the Oak tree cracking it slightly before he reached into his cloak and pulled out a jar of sardines forcing himself to eat a pair of them. He then snapped his fingers lightly "Ah yes. Thank you for your help. I suppose I was being foolish. Still I hate these damned fish."

The breeze cooled down the humid weather and the clouds swayed towards the sun, blocking the sunlight reaching towards the people. The girl smiled as she rested herself under the oak tree and her eyes swallowed in the darkness, it was so peaceful until the man before whom had a dilemma of sardines and powers came and sat beside the girl. Through the closed eyes, she can feel the man beside her, due to the human warmth he emitted, a smile was starting to disappear again as she thought the man was going to argue at her or something. However, she was wrong and tad a bit surprised although she did not express the shock through her facial expression. The girl opened her eyes and tilted her body a bit so she was facing the man while still resting on the huge tree. "It's alright," the girl assured the man and she gave a small smile when he called himself foolish and childishly told her that he still hated the fish. The girl did not comment on that apart from the small smile. She did not judge the man, afte rall, people gave different opinions on everything and likes, dislikes inclusive.

On the card was a coffin that bore a laughing face outline, and it also had printed text on it. "Laughing Coffin, Guild" If she were to flip the card over to the back she would see that it had the location of the guild, It also bore a sentence that said "Good for one free mercenary hiring." Presently Feitan was just leaning back admiring the town and the cool weather that was going on. It would be a good day today, and if Feitan didn't have to deal with the tyrant or any non-magical individuals it would continue to be so. He stood up and looked down at the girl just as the dragon she had, had in her company flew off. It was very interesting to see, but it wasn't much of Feitan's business. He looked to her nodding his head lightly "If ever you should need help just send the word to Laughing Coffin and you'll have one of us helping you. Good day." with that Feitan began to leave he had done what he had come here for, and besides he knew that there would most likely be a job waiting for him when he returned to the guild hall. Of course he wasn't walking away very quickly so if Kona decided to stop him it would be an easy task.
_____________________________________________________________________________________

As soon as Feitan heard his name called he stopped turned and looked to Kona with interest. He then walked closer to her as he heard her speak more to him. He smiled although the gesture went unseen by Kona as his shirt collar covered his mouth and his entire face below his nose. He stopped in front of her and nodded his head lightly "The card is a business card. Laughing Coffin is a mage's guild as well as a business. All you need to do is take that card to the Laughing Coffin headquarters which you can find by flowing magic into it, or you can just send us a letter with that card attached and we will do a job for you regardless of what it is. I am a member of Laughing Coffin. I am the Tombkeeper of Madness in the guild. You could say I am second in command."