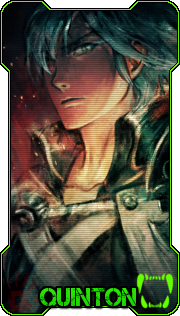 “How do i keep getting these kinds of jobs…”At first, when Quinton had read the job, he thought he’d be traveling through some dangerous area delivering a vitally important message, but instead he was stuck trying to fulfill some crazy man’s fantasy of getting with a celebrity he couldn’t stop swooning over. He had done his best to appear professional when meeting the client, but after that he couldn’t help but chuckle at the man a bit. “Well, I’m the one that took the job, guess i have to get it to her anyway… Least she’s in town for a while… Wonder how I’m suppose to prove i delivered the letter if she doesn’t respond?” Quinton was more than a little pessimistic about the chances of this working.

“Now…. how in the world do i even get close to her?” While she wasn’t half way across the country, she still had a few bigger issues between the both of them. One was the huge wave of fans that would almost always be following her in every public place, but there was also her security team. There was no telling how strong they were, and stealth certainly wasn’t his strong suit. “This sure isn’t going to be easy…”

It didn’t take long for him to figure out where she was staying, spotting the large crowd of fans and paparazzi crowding around a theater with a magic powered limousine parked out in front. “Oh, I wonder who that could possible be…” Quinton rolled his eyes sarcastically at how crazy the people were going for just this one woman. Regardless of how he felt about the situation, he needed to find someway into the theater. He rounded the corner, seeing if there was any chance that the back door wasn’t guarded, but he could just make out a guard leaning up against a wall right across from the door.

Walking back out to the front of the building, Quinton had no other choice but to see if there was some way through the top, eyeing a balcony almost right away. Ducking into a near by apartment complex, he took the flight of stairs up to the roof, eyeing the jump. ‘Why am i doing this...’ Was all the thought to himself as he took a few steps back before sprinting forward and taking the plunge.

Crashing onto the roof, Quinton came to an abrupt rolling stop, hitting a wall. “Well… T-that hurt…” Quinton unsteadily got back up onto his feet, needing a breather after having the air knocked out of him. He gave himself a quick check up, rolling his arms around to make sure nothing was broken there before trying to find a way off the roof. Looking over the front, he could see the balcony from before, and considered himself lucky that no one was paying attention to him as he dropped down, everyone to focused on the lead actor in front of the theater.

There was only a single door, but once again, luck seemed to smile on him again; it wasn’t even locked. But that’s where things slowly started taking a turn for a worse. It had appeared that the door lead directly to the changing room of the very same actress he was suppose to deliver the letter to. While she wasn’t at all indecent, just looking round at everything that hung up made Quinton feel quite guilty. “O-Oh my, I-I’m sorry!” He tried to cover his eyes, to panicked to even realize that she wasn’t anywhere near being unclothed.

After explaining himself, she decided to not have the guards throw him out as Quinton handed her the letter. As she read it, Quinton was quite surprised to see her eyes light up. ‘Wait…. she’s interested?’ To his surprise, she even pulled out a pen and paper and wrote up a letter to return with. “Now, don’t keep him waiting~” She waved the speechless Quinton off as a guard calmly escorted him out of the building. The walk back to the client had left Quinton with just his thoughts, surprised all the way back to his client.
« View previous topic · View next topic »