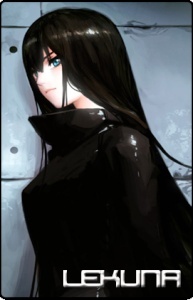 It wasn’t long before her actions in the guild were recognized. Yes, it would finally come, she felt. Although she was doing quite miniscule jobs in the ways of actual fighting, she felt her spirit was getting stronger, and soon, she would finally be able to take her first exam under Eclipse Soul. The job today wasn’t going to be an easy one, as it was to deliver a letter to a celebrity whom was most likely barraged by salvos of fan mail. She didn’t question that the client was her childhood friend and crush, mostly because then the job would get a lot more morally unsound, so once she got the letter, she was off. As she walked through the town to the theater surrounded by people, she attracted a few people with her. ”Hey, aren’t you that Eclipse Soul girl who caught that guy who ruined all of our food? I heard he moved permanently after that incident! Thanks a bunch” ”Yeah! It is her! What can we do to repay you?” they said, two at first, but the crowd was slowly growing around her. All of the vendors seemed to be working together, probably the best way to avoid thieves, as they would share their information with one another, and they really seemed like they wanted to help.

Well, she needed all the help she could get. ”You could do one thing for me. I need an audience with that famous fashion model that came to town. I need to deliver this letter for a client” she explained, hoping they would help her in her cause to deliver a letter. ”A letter eh? You don’t have to be bashful with us girl, we’ll help you deliver your love letter to Fuchsia at all costs!” he roared, causing the other street vendors to cheer with him. Talk about the people of Magnolia and jumping to conclusions… but they’re helping me so I think I’ll just stay silent for now she thought as they approached the building with a massive line on top of a red carpet. The line was blocked, of course, by a thing velvet string between posts in the ground. Lekuna and her posse went straight to the front, and she would be lying if she said that this didn’t cause a bit more than a stir.

Insults from all over hit her ears, ranging from words that she found too crass to repeat to others, which were more than presumptuous to say the least. Bottom line was that the guards didn’t want to let her in, but her more than intimidating posse were capable of “persuading” the bouncers that she was a V.I.P guest, as with all of her vendor friends. Now that they were inside the empty theatre, all that was left was to get into the dressing room. Guess they haven’t let anyone in she thought over the ruckus of her group saying how those bouncers wouldn’t have stood a chance. ”Okay, one last thing. I need you to distract that one bouncer standing by the entrance to the backstage. If you can get his attention, then your debt will be repaid” she said, pulling out her pocket watch and checking the time. This job would have progressed a lot more slowly if it wasn’t for these guys. I should think of taking them all out for a drink she thought as a smirk came across her face and an enraged bouncer ran past her.