Scare Away Those Thugs! [ Mission, Hakumi/Shohei/Allison ]

Scare Away Those Thugs! [ Mission, Hakumi/Shohei/Allison ]

Job: Scare Away Those Thugs!
Job Location: Restaurant, Hargeon Town
Rank: B
Player Requirements: six mages applying maximum. At least 25 posts long and 350 words per post minimum.
Job Requirements: At least one B-rank Must defeat or at least make all enemies flee.
Job Description: "Normally I wouldn't have to do this, but I was unable to pay up protection for this month to these thugs that harass all the shop owners and restaurant owners who destroy the building of one who isn't able to pay their fee. I told them I would be able to pay them at the end of the week, but business has been so low that I can't afford it. Please, scare the thugs away from this town so that I may be able to keep performing my job and hopefully become successful. If you can't scare them away, make them be afraid of you by defeating them, just do what you can. I promise I have enough money to give you your reward if you do."
Enemies: Very Weak (single hit, player controlled): Toucan King
Weak: Thugs
Medium: Body guard
Strong: Mercenary mage
Reward: 5,000 jewels and a free meal each!
_____________________________________________________________________________________
I WONDER WHEN THIS WILL ALL DISAPPEAR
❅STARING OUT OVER THE SKY, I SAY DREAMS ONLY, MAKE THE PAIN STOP. THEN I WAKE UP. NOTHING LASTS FOREVER❅

Allison skipped through Hargeon Town happily. She hadn't been here in a while-- at least, not since the incident with the jewel thieves. And today, they were supposed to assist a shop owner in protecting his business. According to the man, thugs routinely threatened the shop owners with violence or wrecking their business, in order to extract payment for protection and immunity from their attacks. Allison's eyes scrunched up as she thought about it-- the entire business didn't really seem fair, which was part of the reason they were here today, she supposed. And it was "they," because the red haired girl was going to take on this mission with two other people! They hadn't been chosen by her, but rather by the shop owner, who had insisted that it would be too much for a single mage of her rank to attempt alone. Instead of being offended, Allison had nodded excitedly and skipped away-- after all, she didn't mind pairing up with another person or a couple more people, since she loved to be around others.

After getting lost, of course, on the way to the restaurant, Allison finally made it to the small building on the corner of a short street. She blinked up at it and then broke into a beaming smile. The girl just had this feeling that today's mission was going to be absolutely wonderful, and hopefully the other two mages would feel the same way. If they didn't that wasn't an issue or anything-- Allison was happy if they were happy. Skipping towards the entrance of the restaurant, the girl poked her head into the door to the light ringing of bells. "Hello?" she called out, cheerfully. A middle aged man who seemed to be the owner of the shoppe rushed out to greet her, thanking the girl for coming and asking her to take a seat while waiting for the others to arrive. He said that he would explain further details of the mission, if necessary, when they did so. Allison simply nodded and smiled-- she didn't have any questions, but perhaps her new mission partners would. Settling down into a nearby booth, Allison first checked the time before relaxing to wait completely. It was about a half an hour before the restaurant officially opened, which was plenty of time for the other mages to arrive. Satisfied, the girl immediately fell asleep, curled up on the edge of one of the benches in a booth next to the entrance.
_____________________________________________________________________________________
I WONDER WHEN THIS WILL ALL DISAPPEAR
❅STARING OUT OVER THE SKY, I SAY DREAMS ONLY, MAKE THE PAIN STOP. THEN I WAKE UP. NOTHING LASTS FOREVER❅ 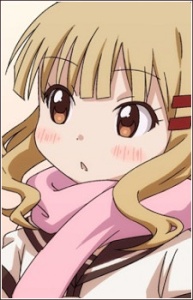 As always, Hakumi had been in Hargeon, the town that her guild was located in, also the town that her home was in. She lived with her team, Team Leviathan, in a giant Manor. It belonged to Shohei, but he allowed them to stay there, though Enola had to work in order to stay there. Hakumi and Sinon were allowed to stay free of charge. Hakumi had no idea as to why Enola had to work in order to stay there, but she didn't dare ask. She found it rude to try to intrude on anyone's personal life, as they may have things that they do not wish to share.

Hakumi had taken another job. For this job, she would be allying with her own teammate, Shohei, and an Eclipse Soul mage, Allison. In all honesty, she barely knew Shohei and she didn't know Allison at all. Out of everyone on her team, she was closer to Enola than any of the others, as she had not really done anything with her other teammates. In fact, she can only remember conversing with Shohei on two occasions. The first one being a team job that they had went on but weren't able to finish, the second time being at a team dinner, which had not really been a success, as two members of the team ahd not been there. The fact that she wasn't really close to her other teammates saddened her a little, but then she began to look on the bright side; she was about to go on a job with Shohei, which may have allowed her to get closer with him. 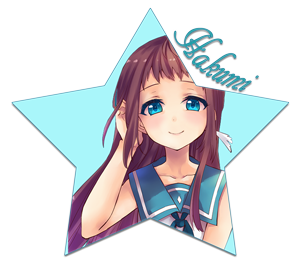 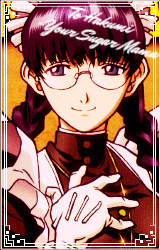 It was a rather sunny afternoon today. The skies weren't particularly cloudy but the whites puffs stroked the sky like paint strokes. The cool breeze chilled his cheeks in the midst of the sun's rays glaring down at fair skin.

But despite the calming weather Shohei was greeted with when he walked out of his manor's gates, he instead responded with a sigh. Waking up was never really his thing. Or talking to people. Or working. Or going on jobs. But luckily for his stash of jewels, he was going on a job today with none other than Hakumi and Allison. Both individuals he did not know well, but still had relations with. Hakumi was someone who lived in his residence, and stood with his team. Allison was... an acquaintance. They were never friends, but always bumped into one another.

Though thinking about his companions, he had switched back to the reality of today. The manor was not far from any of the shops or buildings of this town. It's where he lived, after all. His objective today was to deal with some mischievous thugs that consistently threatened the client's pitiful business. Shohei could not think it was bluffing if the client had put up a job requesting a mage's assistance to deal with them. Not only that, this was supposedly a more difficult job than the ones he had usually been on. Though the tension that was slowly thieving away his comfort never found an ender,  it never rose or subsided. He was calm yet hesitant to participate.

Allison woke up to the voice of a girl, who seemed to be asking if she was Allison. Immediately perking up, the red haired girl beamed happily at the other and said in a cheerful voice, "Yes, that would be me! It's great to meet you, Hatsumi!" Not realizing that she had made a mistake with the girl's name, Allison slipped out of the booth and stood next to her watching as the girl turned to face her after introducing herself to the man. "Do you know if there's going to be another person coming, or not? And how do you know my name? What is my name, again?" The girl took a short breath and then spouted off a round of questions, the last one being an earnest request for the knowledge of what her own name was. Allison couldn't exactly remember, despite the other female's saying of it only a few moments ago.

Just then, her first question was answered as a boy walked through the door, his body language clearly indicating that he had dragged himself out of bed and had no true desire to be here. Oh well, that didn't really matter-- soon, he would be in bright spirits! Allison bounded over, beaming widely, and then held out a hand, saying, "It's nice to meet you! My name is Allison, what's your name?" The girl then squinted a little bit at the boy's face-- some how, he seemed to be slightly familiar... but oh well, she wandered around everywhere and saw so many people everyday that it wouldn't be a long shot to say that she had seen him around some place. Nodding at the idea, Allison put her face right in front of his and gazed curiously into his eyes, her own sapphire ones wide. "We haven't met before!" she finally declared in a sing-song voice. "So a very very long time no see!"

The girl then realized that this boy wasn't smiling-- well, he was, but it didn't seem to be a very positive smile. Her other mission partner hadn't liked to smile either, but he had been a grumpy old man and it was warranted. This little boy should be smiling! Allison reached up to touch his face, and brought the corners of the boy's mouth even higher. "So, what's your name? My name is Allison!" the girl repeated, completely forgetting that she had already introduced herself. Blinking and turning back to the girl, Allison said, "Your name is Hatsumi, right? It's nice to meet you too-- we'll have fun today!" In a few minutes or so, the restaurant should open, and customers would come on in for either a late breakfast or an early lunch. And with them might come the thugs that were involved in this job.
_____________________________________________________________________________________
I WONDER WHEN THIS WILL ALL DISAPPEAR
❅STARING OUT OVER THE SKY, I SAY DREAMS ONLY, MAKE THE PAIN STOP. THEN I WAKE UP. NOTHING LASTS FOREVER❅