Username: Kaseki
Secondary Magic Name: Gift of the Lion Turtle (Muffin Make)
Description: Kaseki came across a large mythical creature upon his first years of being a spirit. The the great creature was the Lion Turtle, a being capable of bestowing elemental powers to a being. Kaseki had been gifted the power of Water Manipulation from the Northern Water Lion Turtle. He obtained the gift of the Flames of Life from the Eastern Flame Turtle. However, this creature has given him a strange form of fire, it was the elemental heat... the power of lightning. However... this power was stored deep within Kaseki. It was only after reading a high classified book did this power finally reawaken. The book shaped his spells into a new form... The Gift of The Lion Turtles's Muffin Make
Evidence of Accomplishment: Here

Skin of The Ironbark tree:
Since Kaseki's body is made of both a metal and a wood the are infused together, Kaseki is able to withstand electrical currents as well as becoming a ground when needed. If he has stored water inside of him the water also gains the charge of electricity dealing extra electrical damage. 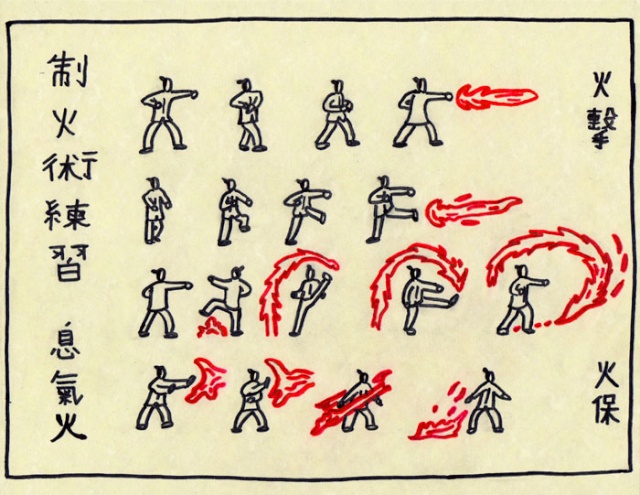 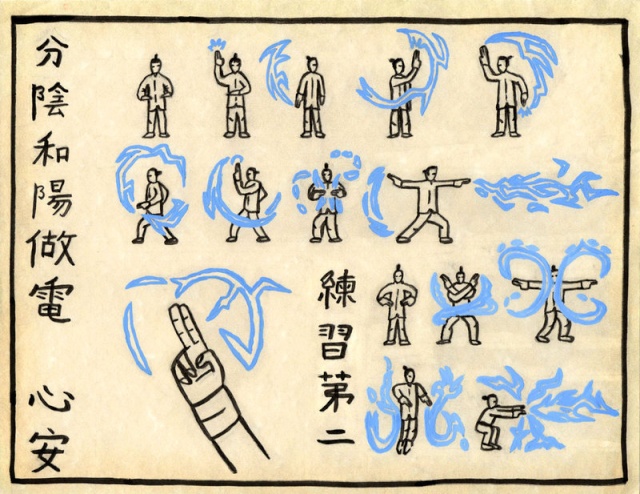 Cupcake | Rank D:
Spell Name: Cupcake
Rank: D-Rank
Type: Electric Fire/Fire Manipulation
Description: Kaseki clenches his fist in anger and angst. With it, he controls his power of the Electric Flames to conjure a tiny muffin in his hand. The muffin is 4 inches in diameter. This muffin is very hot for 2 posts, and can be cooled off instantly with anyone who has Ice, Water, ot Wind Magic.
Strengths:
- Can be chocolate, vanilla or Strawberry
- Heals damage based on rank of the consumer
- It can be thrown
Weaknesses:
- It's a small muffin
- Frosting not included
- Leaves an odd aftertaste
- Kaseki can only summon them if his hands are free.
Duration: 1 post
Cooldown: 2 posts

Muffin Make | Rank C:
Spell Name:Muffin Make
Rank: C-Rank
Type: Electric Fire/Fire Manipulation
Description: The powers of a conventional oven begin to conjure in both his palm and fingertips. Kaseki then thrusts his arm forward. A muffin is created from Kaseki's fiery rage and is shot out at a lightning pace. The muffin is 7 inches in diameter and is freshly baked.
Strengths:
- Instant cast time
- Muffin can be eaten by Kaseki to regain C-Ranked HP
- Allies can eat the muffin to regan D-Ranked HP
Weaknesses:
- VERY HOT
- Only travels 25m
- Can be eaten by a Muffin Slayer
- Does not include blueberries
Duration: 1 post
Cooldown: 2 post

Muffin Cannon | Rank B:
Spell Name: Muffin Cannon
Rank: B-Rank
Type: Electric Fire/Fire Manipulation
Description: Kaseki jolts his arms forward. With this energy he creates a large muffin 2ft in diameter. The muffin is large, fast, and weighs over 50lbs. Getting hit with this scorching hot muffin hurts as much as getting hit in the face by a flaming sack of potatoes launched out of a cannon.... except it's just one large potato... I mean Muffin.
Strengths:
- Travels up to 1 mile without losing speed
- Has a knockback of 10m (varies upon target)
- If an ally eats the muffin, they can regain B-Rank damage as Health.
Weaknesses:
- It always has raisins in it
- It loses speed after the 20m mark
- Cannot be cast directly above Kaseki
- Cannot be used if Kaseki has less than 50% HP.
Duration: 1 Post
Cooldown: 5 Posts

Muffin Barrage | Rank A:
Spell Name: Muffin Barrage
Rank: A-Rank
Type: Electric Fire/Fire Manipulation
Description: Kaseki conjures a small muffin in his hand. It acts much like a seed. He throws it at the ground and an ironbark cannon is created instantly. The cannon begins to shoot muffins 1ft in diameter at speeds of over 75mph. It begins to make muffins with the same electrical flame magic that Kaseki uses to create the muffins. This is due to the properties of the cannon, which is made from Kaseki's body. The cannon shoots a burst of 5 muffins every second.
Strengths:
- It's good for supporting Kaseki
- Good for distracting, and feeding lots of people.
- Just like all the muffins, it can be eaten to regain HP.
Weaknesses:
- The muffins are practically on fire
- Because they are freshly made, they can crumble upon contact.
- Even though this muffins come with toppings, they fall off after launched from the cannon
- Cannon can be destroyed in 5 B-Rank Hits of damage, or 5 hits from an Artifact.
Duration: 2 Posts
Cooldown: 7 Posts

The Muffin Man | Rank S:
Spell Name: The Muffin Man
Rank: S-Rank
Type: Electric Fire/Fire Manipulation
Description: Kaseki creates and consumes Muffins at an alarming rate. He eats so many that be becomes fat almost instantly. His skin turns into a new material, and his body doubles in size... and power!
Strengths:
- Kaseki become doubles his height and weight
- He smells good
- His defense is doubled
Weaknesses:
- Can only cast Muffin Make spells in this state.
- Larger target
- He turns back into Kaseki instantly... upon eating a cookie
- His baked goods smell travels up to one mile, revealing his location... and muffins.
Duration: 10 Posts
Cooldown: Usable only once per thread

Only training is left.