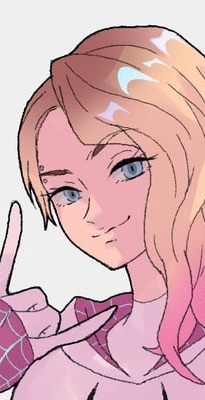 "Hmm, a pig problem." The blond mage would comment as she scans the job details. "Doesn't sound too bad, just hope this job doesn't take up too much of my time. She says while stretching one of her arms before taking her leave from a building where she would go to find jobs that pays well. Sylvia likes to provide others the service they need, so long as she's given a respectable amount of money equal to the effort that she places in these jobs. Finding a bunch of pigs sounds like it could become a much more entertaining experience than say like a cat. In truth she isn't much of a fan of animals, sure they're good company for one to be around with but she can't picture taking care of an animal.

The difference is that pigs seem like easier to catch animals due to their size, and the fact they're not fast moving creatures like cats are. Not the mention pigs doesn't have anything that could potentially harmful someone, unlike cats who possess claws that can harm one's face. The only thing Sylvia has on her mind is whether or not the area is vast. Reason being is because the size of the area could make tracking pigs a hassle, due to the fact that they could be anywhere or possibly wandered off in some place that's far from their abode.

To be frank, Sylvia isn't the best when it comes to finding things due to the fact that she has a habit for forgetting where she puts most of her belongings. For instance she once had misplaced a book that she borrowed from the library. At first she panicked for a brief moment until a friend of hers came to her rescue. Without wasting any time, she took to traveling to the jobs designated location.

She didn't want to arrive before dawn because that's when things become increasingly difficult to find. If she had been blessed with an incredible sense of smell then it wouldn't be a problem tracking the pigs without the need of sight, but unfortunately she isn't blessed with such a gift though having a good sense of smell is indeed a trait she wished to possess. The blonde mage trudges along the narrow streets, while gazing upon the environment. After traveling for an extended period of time, Sylvia finally makes it to her destination. As she arrives, an elderly man approaches the blonde mage. Sylvia turns to meet the old man who holds an anticipating look in his eyes.

He waited patiently for someone to aid him in the job that he requested. The old man worries about his piglets, hoping that nobody stumbled upon their hiding spot and snags them away from him. Though with Sylvia ready to start the search of the pigs, the old man's worries seemingly dies down thanks to the presence of a mage. Sylvia began looking for the pigs in places that she assumes they'll be hiding in, but once the blond mage thought she was getting hotter the pigs weren't there so she took to looking for them elsewhere. After an extended period of time spent looking for the pigs, the job finally came to an end. The blonde mage's tired legs barely budged as she tries to make them move, but instead she collapse to the hard ground.

» Finding Ones Self
» Finding ones self.
» Finding The Way Together
» Finding the Lost
» (JOB) Finding Amelia Pt.4