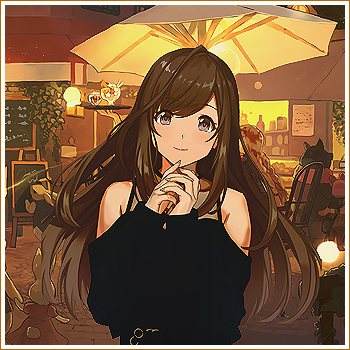 HOME IS WHERE THE HEART IS

For some reason or other, her mind was crowded with terrifying thoughts, and the line of horror movies she watched that same week came back to bite her in the butt with a vengeance. Of all the times in the day to be in such a terrible mood, it just had to be this night -- this beautiful, harmless night that haunted her with fictitious, unrealistic fears of being followed by a serial killer. That could be just about anyone, she must have internally confirmed, looking to her left and her right. The black-topped, jean-bottomed scaredy-cat walked past the tall buildings and roamed the quiet streets with a sort of nervous humility, fiddling with a lock of her brown hair, and humming softly to herself; a kind of self-soothing mechanism.

There came a soft, inviting ray of light poking at the spooked woman’s peripheral vision, like what a star was to a lost traveler in the lonely dunes, and she followed suit with single-minded intent and entered upon a cozy, if hardly occupied, coffee shop. There was the whirring-sound of a blender and the clinking of a tray being filled with little cookies and cakes. The aroma reminded her of home.

Two portly, kindly-looking women were in talks of a pleasant outing they had with their significant others. Maebh went over to their table and found there were no extra seats for her to butt to fill. The idea she had was to invite herself into their conversation, politely, of course, and accompany them just until her irrational paranoia was tolerable.

An elderly man with his wife sauntered laughingly to a different table, also taking their seats to enjoy their cool beverages. She bit her bottom lip in defeat, for there had been only two chairs for the occupants rather than three. She was quite scared of being alone, so scared; her hair frizzed up at the sight of her reflection staring back at her from the window.

A concerned, pretty barista with golden locks warmly asked from behind the counter if she wanted to try any of the cookies. She was kind enough to even emphasize the fact they were fresh from the oven, and that suggestion alone gave Maebh a most spectacular idea. Chocolate was a natural anti-stressor, so she wished for ten chocolate chip cookies, which surprised even the green-eyed barista. There was an odd mutual understanding, however, that perhaps she would have done the same. She was rewarded jewels, and Maebh was once again left to her own devices.

In one hand was a cup of piping hot tea, sweetened, and the other two white bags of cookies. And in her eyes appeared a reflection of a solitary young man with colorful apparel that was reminiscent of something warm yet humbling, like an old quilted blanket. Her eyes widened when she realized he was all by himself, and she languidly sauntered to the table with a smile she dearly hoped was as inoffensive as can be. “Do you mind if I sit here?” she asked, slowly slipping her bum onto the chair, as if hesitant. She placed her tea and cookies on the wooden surface. “I promise I won’t be long. Fancy a bag of cookies?”

Without thinking, not even waiting for a reply, she began to slide the pouch of five chocolate chip cookies his way. It was an offering she was hoping he would accept as a token of her appreciation. Oh, she felt a yawn coming on. She covered her mouth quickly, not wanting to be rude. “I’m absolutely knackered.” She began, quite transparently. Maebh heaved a sigh to support her statement before brightening up again, not wanting to address him further without first knowing his name.

“I’m Maebh,” she extended her hand to him for a good shake, “and you are?”