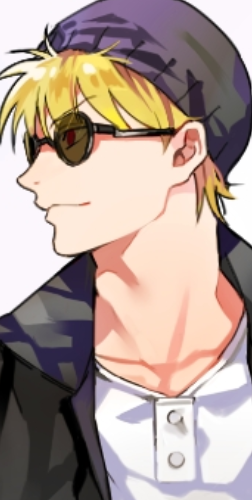 DAY ONE: DON'T CALL THE KNIGHTS!
Vroom!
For more than a mile away, citizens of Crocus could hear the revving of an impossibly loud car engine as it zoomed through the wide city streets of the nation's capital. It was none other than Louie Calvin Klein, driving through Crocus in his golden Pherrari. Although the car he drove seemed to change every other day, his inability to drive safely and responsibly remained unchanged. He had his iLac in one hand and the steering wheel in the other. He was blasting music that somehow rivaled the noise the car engine made, and his backseat was full of shopping bags while his passenger seat held a carton of Joyan meat kebabs he bought from a restaurant deeper in the city.

Louie wasn't always suits and fondue, after all. Today, charcoal was his aesthetic. A charcoal beanie with a charcoal jacket, with a simple white teeshirt underneath. He wore round, thin-rimmed shades, and shiny black loafers to bring it all together. Although it appeared to be a very casual look, everything he wore was awfully expensive and designer. The blonde might've had expensive and picky tastes when it came to fashion, but he wasn't nearly as rigid with food. Even though he looked down on most people in this third-world nation, he'd eat anything he thought tasted good. In fact, the cuisine was one of the reasons he traveled across the continent so often. The multimillionaire indulged in food from either side of the price spectrum, regardless of the socioeconomic class of the people preparing it. It was one of the only things he wasn't... well, Louie over.

"♪ Yeah, you f*cking with some wet ass p****! Bring a bucket and a mop for this wet ass p****! Give me everything you got for this wet ass p****! ♪" Louie sung in sync with the music blasting from his stereo as he made sharp turns around corners and sped down the streets. He'd frequently peek down to his lap, scrolling down his direct messages between him and Nessa, sending her the link to the very song he was singing—WAP by Kardi G. Needless to say, he was in a pretty good mood. He'd been experiencing more and more excitement during his heists as Prada lately, and he was visiting Fairy Tail more and more even if it was really only to drag Nessa along somewhere. Even though that beast Vandrad had been killing his buzz with that disgusting behavior of his, a lot of good things were present to improve his mood. He was leaning on his comfortable leather car seat, bobbing his head up and down to the beat of the trendy new song, his ruby lion-like eyes darting between the road ahead of him and his iLac. He was feeling good! Re: Soul Food With a little Wonder Bread [Louie/Cassiti]

@Louie
Out of all the cities in Fiore she’d visited so far, which hadn’t been very many, the capital of Crocus was the one that made her the most nervous.

There were people everywhere. They crowded the streets in literal droves, packed together like a school of fish drifting through the ocean, moving together in a synchronized dance that they had known their whole lives. It was graceful and chaotic at the same time, both mesmerizing and terrifying. Cassiti felt like a seahorse among the fish, watching them all with the uncertainty of an outsider that could never mimic or understand their patterns, feeling more than a little claustrophobic. They twisted and turned and swam gracefully among their peers without getting in each other’s way, while she hopped along a bit at a time with her small fins doing her best not to be a bother to anyone or to interrupt their flow.

Even she couldn’t deny how captivating the city itself was, however. It certainly wasn’t Avalon, but there were a number of tall structures with exotic architecture that were quite wonderous to behold. There were exquisite cathedrals that took her breath away, and down the main streets were rows upon rows of shops and stalls with food, clothing, jewelry, and all sorts of products the likes of which she’d never seen before. The fashion in this era of Fiore was exciting and fun, and the foods drew her nose like a moth to flame. The problem was that she didn’t exactly have any money. It had not taken her long to learn that bartering here was done almost exclusively with a currency known as jewel, which was earned through working jobs. Since she did not have a job, there were very few things she could do to get jewel. She had not necessarily become desperate yet; she’d brought more than enough seeds to grow food for herself so she could eat. However, the seeds would not last forever, not even with her magic.

That didn’t stop her from at least doing some window shopping. She loved admiring the clothes and the jewelry especially, fascinated by the intricate and detailed work that must have gone into making them. Not for the first time since she’d gotten here, Cassi wished she had some sort of practical skill that she could use to make items like these and sell them, or even to just wear for herself. At the moment she was wearing the same outfit she’d had since she arrived in Ishgar: A black, long sleeved top that left her stomach exposed, and a matching pair of black pants. A white belt sat loose around her hips and a white robe was draped around her shoulder with an oversized cowl covering her head. She had thick black hair that was done up in large braids, and vivid emerald colored eyes that were bright against the contrast of her dark skin. There were gold adornments on her hair, wrists, and ears, as well as trimmed into various pieces of her clothing. She had a small, petite frame that stood slightly over five and a half feet, and she looked fairly young. Not a child, but certainly an older teenager teetering on the verge of womanhood.

Cassi was so distracted by the sights and the noise, that she didn’t really think all too much about stepping out into the street. Plenty of other people had crossed throughout her time there, and since she had not seen anything like a lacrimavehicle before she had no idea to look out for such things. With her hood blocking her peripheral vision, she had little to no warning of the golden car that came screaming around the corner until it was far too late to try and stop it. She didn’t even get a chance to gasp before she suddenly found herself getting launched into a nearby stall.

The young woman was only out for a couple seconds before she came to, her vision hazy and her body on fire. The entire event had been a blur that she didn’t altogether recall right away. A number of people were standing around her, trying to wake her up and asking her if she was okay. She had completely smashed the wooden counter with the weight of her body, and there were cuts and bruises already forming in the places where her skin was showing. Her head was so foggy trying to catch up to the last few seconds that Cassi didn’t even have the wherewithal to heal herself right away. “Nini kimetokea..?” she asked in a deep, raspy voice, her confusion causing her to speak in her native language rather than the common she had learned to communicate with the Ishgarans. 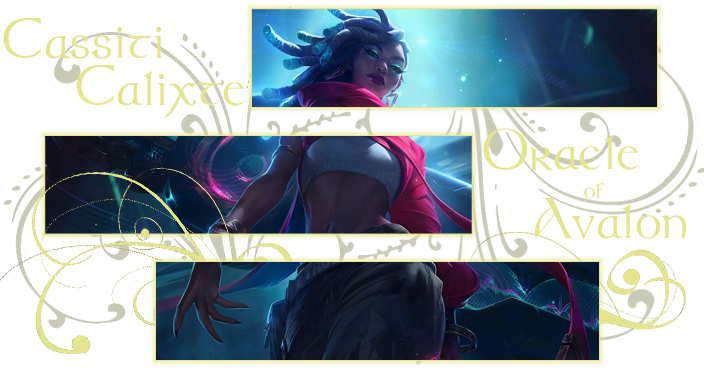 Re: Soul Food With a little Wonder Bread [Louie/Cassiti]

DAY ONE: DON'T CALL THE KNIGHTS!
Thwack! ...?
Louie was really feeling the music and in his head with his iLac, but he knew that you weren't supposed to feel the feeling. At least, not in the way that shook your car a little when you drove it. During one of his reckless maneuvers, something had obviously hit his car. Well, at first it was hard to tell, considering the speakers he had installed into this car was so heavy on the bass that it very much mimicked a body hitting the hood of the car whenever a beat dropped, but this felt a llittle too real. It felt that way, and he saw it too.

Launched into a nearby wooden stall, some idiot who wasn't looking where they were going had propelled off of his expensive Pherrari at exciting speeds. Louie stopped his car in the middle of the road with a look of shock and disgust on his face, like he couldn't believe that some twat had the nerve to hit his car like that. When he stepped out in all of his expensive, dapper glory, Kardi G's trending song released into the open like a force of nature, briefly filling the vicinity with detailed tales of dripping unmentionables before he slammed his car door shut, pushing the beast of a song back into its expensive cage. Unlike the people who crowded over whoever he just sent flying into a stall, Louie seemed blissfully unconcerned with that part of the problem. Instead, he immediately stepped to the front of his Pherrari, eyeing it for damage. Despite the relative severity of the accident, there was virtually no damage. Not even a dent, which was surprising considering he had launched someone off of it. Now, finally, to address the that part of the problem.

"Nini kime—what? Bitch, you just hit my car!" Louie replied to that feminine voice with an angry shout. He turned around and began to step over to the scene, visibly upset with the potential damage she could've caused. As he approached her, her appearance became clearer and clearer with each step. She was a charming brown woman with full lips and thick assets. Her figure was well-defined and, overall, she was one of the more decent-looking women he's met—even if it was because of an accident she caused. For a moment, Louie had paused with this look of irritation on his face as he stared at her before suddenly whipping his ruby-eyes back at the crowd once he had decided on what to do. "What are you all looking at, pigs? She's fine, so get lost! All of you!" Louie barked at them with that little Napedian twinge in his voice. With the incident being confronted by both parties involved now, people slowly began to disperse back into normal Magnolian life, leaving both him and this woman alone on the side of the street.

Once that had happened, Louie leaned down with his arms crossed over his chest just enough so he could at least look her in the eyes. "So? What was that all about?" he glared at her.