Of a New Chapter 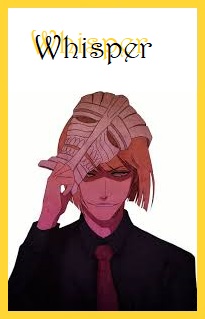 Of a New Chapter

Clad in her green, white, and gold outfit with Argent Gloves on her hands and Ses Revanche stashed in her right boot, Leona was seated at a table in the guild cafe and thinking about the Daggerbook laptop she had not even used yet while sipping coffee in the cafe. She would have to actually start using her Daggerbook, but she had other concerns at the moment. She had been on an interesting adventure to Midi that involved traveling across the country with a kitsune named Kaede, who wanted to go to her younger sister's house located not too far from Sakae Shrine. Sakae Shrine was a pilgrimage site for everyone from the young to the old: even the Emperor himself made an annual pilgrimage to pay homage to the dragon spirit that was ensuring the safety and prosperity of Midi.

Leona had met Kaede's younger sister Kaname, who was every bit the bibliophile that Kaede had made her out to be. There were bookshelves filled with books in the living room and museum-grade display cases with centuries-old books nestled in them in the secure basement of Kaname's house. Even though Leona could not understand a single character of the Midi language, seeing first editions of old books and scrolls was something oddly fascinating to the Wizard Saint and amateur scholar. Kaname was fiercely protective of them and would not let Leona touch a single one, but considering that all of the books and scrolls were very old first editions and not copies, the kitsune was justified in being protective of them.

Drifting back to the present, Leona sipped the last of the coffee from an official Silver Wolf mug with the guild logo printed in black on the front. It was at that moment she felt a magic signature from the area around the front door. Leona got up and pushed her chair in, then walked to the counter, paid for the coffee, and walked towards the foyer to go greet whoever it was on the other side of the door.

Leona felt the magic signature get stronger as she approached the front door to open it. As it turned out there was no need to open the door because the source of the magic signature had already entered the guild hall. The source was a tall and well-dressed blond fellow. He was dressed in an orange dress shirt with black tie and black pants with a scarf wound around his neck. On his face was a smile that was self-assured, perhaps even too self-assured.

Leona did not give the matter too much thought: after making him wait so long she quickly greeted the newcomer.

"Hi there. I'm Leona Jarnefeldt, Guild Mistress of Silver Wolf! How can I help you?" Leona asked the tall and well-dressed fellow.

Leona was pleased to make the acquaintance of "Wolfgang Harlow Ignatius Salvador Evelyn von Ryker", or Whisper, as he called himself. She found him to be interesting and somewhat charming... in a strange way that was hard to put into words. Still, she was always glad to see a potential new member arrive at the doors of Silver Wolf. He did not waste too much time cutting to the chase and said words to that effect.

Whisper claimed that he was one of the best "researchers, connoisseurs, and purveyors of arcane items" that she could ever find. He also claimed to be the "best damn guild member she would ever see." Whisper was not exactly a humble guy, but Leona always had room for someone with the determination to go out in the field and back up their boasting with results.

When she and Ozwald had first met almost a month ago Ozwald had claimed to be "an adventurer extraordinaire." Now he was starting to back up that claim with some impressive adventures to his credit and showed no signs of slowing down. Since she had given Ozwald a chance, Whisper deserved a chance to prove that his claim was not just hot air.

"As the Guild Mistress I can help you get signed up, but before we do, would you like to hear about the divisions of Silver Wolf and what their missions are?" Leona asked Whisper. He had already indicated an area of interest when he claimed to be interested in arcane items. While that interest would put him in the Scholars division, the Wizard Saint decided to inform him of the other two Divisions in case something else caught his attention. If he still wanted to be a Scholar after the explanation Leona would be glad to induct him into the guild as its newest Scholar.

"Silver Wolf's divided into three Divisions. You have the Hunters, the Scholars, and the Defenders. They all have different jobs, but they all work together to help the guild fulfill its missions, which are conservation, magical research, and treasure hunting." Leona started the explanation and tried her best to avoid insulting Whisper's intelligence with poor word choice like using words that were too simple.

"The Hunters go out into the field and find artifacts and other treasures to bring back to the guild hall. Things like magic books, magic weapons, magic jewelry... anything with magic. They bring it back and help with conservation by keeping those things out of the hands of people who would misuse them. They also tend to be the guild's most avid treasure hunters." Leona gave a brief rundown of the Hunters.

"The Scholars are the guild members who research the properties of the items the Hunters bring back and determine both their magic value and monetary value. They're the main division that does magical research, but they're also a big part of conservation. They preserve anything the Hunters find for future generations." Leona did her best to explain the Scholars. Last but certainly not least came the Defenders.

"The Defenders are tasked with protecting the guild hall and the guild vault. Their protection works towards conservation by making sure that the artifacts aren't stolen and misused." Leona explained the three divisions the best she could in a way that would not insult Whisper's intelligence. She was not the most articulate member of Silver Wolf, but as the Guild Mistress it was her responsibility to explain how the guild worked to newcomers like Whisper.

"While my explanation makes it sound like the guild's divisions all have a task exclusive to them, in practice there's some overlap. For example, if a Scholar or Defender who's traveling to or from a job happens to find an artifact, they can pick it up and bring it back to the guild hall without having to call in Hunters. And if the guild hall ever comes under attack, all guild members have to help defend the hall whether they're an official Defender or not." Leona explained that there was some overlap of the responsibilities of the three divisions by citing two of the most prominent examples of that overlap. Whisper pulled out an ornate cigarette lighter and a cigarette and was just about to light it when he paused and turned towards Leona to ask about her stance on smoking.

"Go ahead. You can smoke, Whisper." Leona gave him permission to smoke. She was not allergic to cigarette smoke. As far as she knew no one within the guild hall was allergic either, but if she ever found out otherwise she might have to change the guild's smoking policy.

Leona let Whisper smoke without any complaint. After she had given a brief rundown of the three divisions she stood in silence and did not speak unless spoken to while Whisper made his choice of which Division to join. The choice of which division to join was a big one because it stood to impact a Silver Wolf member's career in more ways than one. The Wizard Saint let Whisper take as much time as he needed to pick the division that was the best fit for him and his talents. Based on the confident statement he had told her earlier, the Wizard Saint halfway expected him to pick the Scholars.

Leona waited patiently for the blond man to speak and after he had undoubtedly run over the choices in his mind was rewarded with his decision, which was to join... the Hunters?

The Wizard Saint was surprised by that announcement, but the choice was his and his alone and he had chosen to join the Hunters. His primary division would be the Hunters, but he would offer aid to the Scholars if they needed him. Leona would forward that information to Mercury Arsenault, the Ace in charge of the Scholars. In the meantime Silver Wolf had just gotten its newest Hunter.

"OK then, Whisper. You'll be our newest Hunter. I'll pass along your offer to help the Scholars if they need it to Mercury Arsenault, the Ace who leads the Scholars." Leona said to the taller blond. Now that he had made that choice it was time to ask about the last formality that the Guild Mistress had to do before Whisper was an official member of the guild. She would need to ask where he would like his guild tattoo... but first she would offer him an opportunity to ask any other questions he might have had before they moved onto that last crucial step.

"Before we take care of the last official thing that needs to be done before you're an official Silver Wolf member, are there any questions that you'd like to ask?" Leona asked Whisper, offering a chance to ask any lingering questions that he might have had before they moved on to the last step, which concerned the color and location of his guild tattoo.