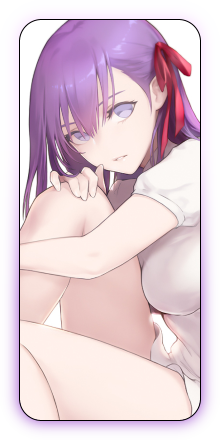 The sun was high in the sky as Eversum strode down the streets of Talonia.  As usual, she wore a simple white dress that reached well past her thighs, her fast pace causing the fabric to flutter.  But unlike usual, her violet eyes didn’t stray from the path before her eyes.  Under normal circumstances, she would take her time enjoying the many sights of Talonia, even when she was moving quickly.  After all, she never felt like she was ever moving too fast to be rendered unable to at least take glances at things.  Even when going on a route through the city that she always did, her heart always lightened when seeing all those people earnestly going about their day to days.  In fact, it helped inspire the crystalline lifeform to do the same!  Even if their species were different, Eversum was functionally a human, and she hadn’t found any issues with adjusting to society at large.  After all, coming across individuals that were less than human wasn’t uncommon.  The local grocer had a few tiger-like traits-- and he was also the one who gave Eversum some generous discounts on vegetables.  Speaking of, she hadn’t seen him in a while, but that was due to the violet haired woman cutting back on her food expenses.

But the very reason why Eversum didn’t have the heart to cooly enjoy Talonia’s pleasant atmosphere was related to that.  Her anxiety only intensified as she received some very concerning news over her lacrima-powered device.  Even as she was walking, the crystalline lifeform was struggling to prevent herself from getting too panicked.  And who would blame her from doing so?  Getting evicted was far from the most pleasant experience.  That’s right, Eversum was being forcefully removed from her studio apartment.  However, as the landlord hadn’t included any justification for the action within their message, the violet haired woman could only guess.  Despite the fact she was currently unemployed, she always made sure to pay rent on time.  None of her neighbors had ever complained about her either.

And soon Eversum arrived at her studio apartment, the place where she hoped all the questions swirling in her head would be resolved.  At times like these, she couldn’t help but wonder if the human body helped or hindered her.  Even without flesh and bones, the woman could still feel stifling anxiety and growing concern.  The only new sensation was pain, but it wasn’t often that she experienced that.  For Eversum, the sensations of hunger and being injured was more surprising than upsetting.  Even when her shape was distorted as an object, the worse she felt was a slight discomfort.  Now, every fiber of her body sent all kinds of alarms whenever it was compromised.  But that newfound sensitivity wasn’t all that bad seeing as it came with the ability to taste!  However, Eversum’s experience in a human body was beside the point.  Her living quarters were a much larger concern.

The woman’s heart sank as she found that the door to her apartment was already unlocked, but quickly opened it up and entered.  As she softly closed the door behind herself as to prevent any loud bangs, Eversum let her gaze scan the room.  Everything was put just where she left it: the neat collection of books, orderly bed, and even the spotless kitchen area.  Sure, it wasn’t the best apartment, but it was good enough for Eversum.  The room was small, the desk had lopsided legs, and there was a mysterious sticky stain in the corner she couldn’t get rid of no matter how much she tried.  But one new addition was the stocky older woman wearing a vivid floral patterned dress sitting on top Eversum’s bed.  Grayed locks of curly hair were contained to some degree within a floppy sun hat, and the woman’s crimson lips were pursed moodily.

“Good afternoon, landlord,”  Eversum articulated smoothly despite her building confusion.  “I came after receiving your message?”  She gave the older woman a soft smile, but that only seemed to worsen her mood.  But that kind of reaction was more than outside the landlord’s usual one.  In fact, the crystalline lifeform always felt like she had a positive relationship with them.  They would exchange dialogue whenever they came across each other, and the same went for all of Eversum’s fellow tenants.  However, instead of a friendly gaze, she was being stared at with a look of… pity?

“Same as usual, miss, but is that the reason that you’re evicting me so suddenly?  I swear that I wouldn’t shirk any of my required payments.”  The tension in Eversum’s voice raised as she spoke.  Despite the fact the woman had no source of income, it wasn’t as if she was dying for money.  After cutting a lot of costs and working at a temporary part-time job during night hours, she was actually in the positive every month.  Before she had assumed her human form, the place she’d initially woken up contained a few old items, so she was able to secure funds using those.  Of course, she couldn’t guess why she had been in such a place, but it was completely sealed off to the outside.  It seemed to her to be some kind of ancient underground abode, but she wasn’t able to discern anything from further investigation.  Anyways, there shouldn’t be any problems with her payments.

“Hun, I know that you always pay rent on time, but…”  The older woman shook her head as she got to her feet.  “I’m doing this for your own sake.”

“I’ve been doing a bit of investigating, but just look at your lifestyle!  No matter who I ask, I can’t figure out how you find time to sleep.  And do you know that that sweet tiger grocer asked about if you were okay?  Apparently, you haven’t bought any kind of food for months on end!”

“No, erm, ma’am, it’s important to cut back on the food bill to consistently pay rent.  And It isn’t like I don't sleep, I, um--”  Eversum struggled to explain that there was no real need to take care of her human body when she wasn’t planning on doing anything physically demanding.  Sure, being tired and hungry all the time wasn’t the best feeling, but it was a lot better than building up rust or coated in dust.

“Say no more, hun.”  The landlady uttered sorrowfully, moving to give her tenant a hug.  “I just can’t bear to think of someone under my roof going to such lengths to pay rent.  And thus,”  In a swift movement, Eversum found a small wad of paper money thrust into her grasp.  “I hope that I can help you by pushing you out of your comfort zone.”

“Take your time packing your things… you were a wonderful tenant.”

And then the middle-aged woman disappeared out of the door, leaving behind a speechless Eversum.